Researchers in the Faculty of Biotechnology and Food Engineering at the Technion – Israel Institute of Technology have developed “bionic bacteria.” The innovative technology has many potential applications in industry (e.g. improved production of chiral compounds and fuels), in the environment (e.g. sensing hazardous substances using bacteria), and in precise medicine (e.g. targeted release of biological drugs in the body using external light).

The study was led by Assistant Professor Omer Yehezkeli and Ph.D. student Oren Bachar, and co-authored by doctoral student Matan Meirovich and master’s student Yara Zeibaq. The journal Angewandte Chemie International Edition, which published the study, chose it as a “hot paper”. 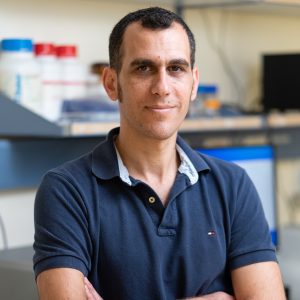 “My research group deals with the interface between engineering and biotechnology at the nanoscale level,” explained Prof. Yehezkeli. “Our goal is to blur the current boundaries between the different disciplines and mostly between nanometer materials and biological systems such as bacteria. In our research, we use the unique properties of nanoscale particles on the one hand, and the tremendous selectivity of biological systems on the other, to create bionic systems that perform synergistically.”

Nanoscale semiconductor particles are usually produced in chemical processes that require high temperatures and organic solvents. In the current study, the researchers were able to create, using engineered proteins, an environment that enables the growth of nanometer particles under biological conditions and at room temperature. In turn, the grown nanoparticles can lead to light-induced processes of biological components.

“The use of engineered proteins for the self-growth of nanomaterials is a promising strategy that opens up new scientific horizons for combining inanimate and living matter,” said Prof. Yehezkeli. “In the current study, we demonstrated the use of engineered proteins to grow CdS nanoparticles capable of recycling NADPH through light radiation. NADPH is crucial in many enzymatic processes and therefore its generation is desired.”

Enzymes are a common biological component involved in all living cell functions. These are proteinaceous structures that drive desirable actions by creating a suitable biochemical environment. Billions of years of evolution have led to the development of a broad spectrum of enzymes responsible for the many and varied functions in the cell. 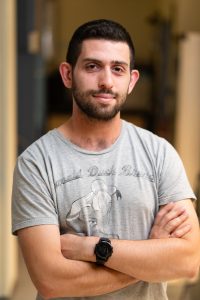 In their study, the researchers showed that NADPH could be produced (recycled) using the genetically modified SP1 protein. This protein is made up of 12 repeating subunits that form a “donut-like” structure with a 3 nanometers “hole” (3 billion meters in diameter). Using biotechnology engineering tools, the researchers made changes in the sub-units so that it would allow the growth of a nanometer particle to grow in the protein cavity. The resulting particle can be triggered by light to induce electron flux. These electrons are then utilized for redox enzyme activation toward the production of chiral products. Chiral substances are molecules that have a “mirror” molecule – the same molecule, but in the opposite direction. Many natural processes, both in the human body and other life forms, for example in bacteria, are chiral; only one form will be catalyzed by the desired biological process, while the “mirror” molecule will not. In some cases, the mirror molecules can harm the host or even be lethal. The pharmaceutical industry usually requires a pure enantiomer (the molecule without the conjugated “mirror”). Enzymes are great catalysts for this because they are also mostly chiral and produce pure chiral substances. The developed nano-bio hybrid system that consists of enzymes and nanoparticles operates under visible light for at least 22 hours to produce a clean chiral product (over 99%), and with a conversion efficiency of the substrate reaching 82%.

“This is a preliminary demonstration of the direct connection of inanimate matter (abiotic) with living matter (biotic) and a platform for its operation in a way that does not exist in nature,” said Prof. Yehezkeli. “The technology we have developed enables the creation of hybrid components that connect these two types of materials into one unit, and we are already working on fully integrated living cells with promising initial results. We believe that beyond the specific technological success in the production of NADPH and the production of chiral materials, there is evidence of the feasibility of a new paradigm that may contribute greatly to improving performance in many areas including energy, medicine, and the environment.” 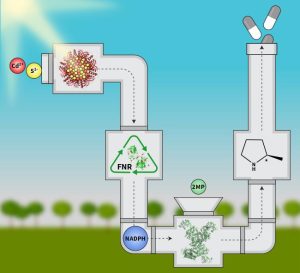 Figure depicting how the nanoparticle forms in the protein cavity and is subsequently activated by a light-induced reaction to enable the enzymes NADPH reductase (FNR) and imine reductase that leads to the formation of chiral cyclic amines. (Illustration: Neta Kasher)