The joy of a baby coming into the world is accompanied by fear for this helpless little being, completely reliant on outside help to survive. This trepidation is even greater for a baby born preterm, much more unprepared for the world that welcomes it, and needing help even to breathe. In the womb, the fetus receives oxygen from the mother, through the umbilical cord. Once born, the newborn must breathe independently. Many premature babies with underdeveloped lungs require mechanical ventilation. The more prematurely the baby is born, the longer they will need artificial breathing.

Using a 3D model of the babies’ upper airways, the research team of Prof. Josué Sznitman, of the Technion Faculty of Biomedical Engineering, discovered that due to shear forces caused by the air jet from the mechanical ventilator, cells in the airways display stress, and an inflammation process begins. Following this discovery, the researchers successfully tested the use of an anti-inflammatory drug, commonly used to help asthma patients, to prevent the damage caused by the ventilator. 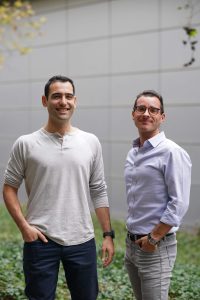 Approximately one in 10 babies around the world is born prematurely. In high-income countries, most premature babies survive. But despite significant advances in the care of preterm babies and improved ventilation technologies, many suffer from lifelong disabilities of varied severity. One problem is offsetting adverse side effects of invasive mechanical ventilation, essential for maintaining the lives of preemies incapable of breathing independently. Today, the impact of ventilation on patient health and the fundamental mechanisms causing damage is still not fully understood, which presents an obstacle to developing solutions. Prof. Sznitman’s team confronts these challenges by combining expertise in physics, physiology, and biology. 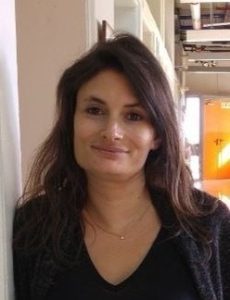 In a study published last year in the Journal of the Royal Society Interface, Prof. Sznitman and (his then doctoral student) Dr. Eliram Nof identified an airflow phenomenon largely unnoticed in medical literature: a jet structure originating in the tube inserted into the trachea during mechanical ventilation. Using a physical (fluid dynamics based) model, they discovered regions of elevated shear stress, potentially incurring damage to the epithelial cell lining of the respiratory tract. Calculations revealed significant risks of injury from these forces, especially worrisome if occurring for lengthy periods in fragile patients such as premature babies.

In a follow-up study recently published in Bioengineering & Translational Medicine, the researchers tested their hypothesis in a new model featuring an artificial human lung epithelium. The team constructed a 3-D model of the upper respiratory tract, including the trachea and several branched airways. They cultured a layer of human lung epithelial cells in the model’s inner lumen, tracking their condition following mechanical ventilation. They observed that the cells displayed stress and released cytokines – signaling proteins that influence inflammation. 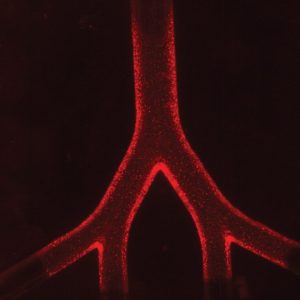 Following this discovery, the group looked for means to mitigate or prevent the damage. The medication Montelukast, sold under the brand name Singulair, is commonly used in treating asthma patients. They found that topical delivery of the medication prior to starting mechanical ventilation considerably reduced cell death. It also altered the secretion of inflammation-related signaling proteins (cytokines). Repurposing an existing, fully approved drug saves the vast resources and time required for developing new medication, allowing for faster and easier adoption in other clinical uses.

“Today, we know that artificial ventilation incurs various types of trauma to the respiratory system despite being an established, life-saving procedure,” explained Prof. Sznitman. “Much of this damage has been attributed to mechanical factors such as high pressure and distention of deep (alveolar) lung tissue. In recent years, new insights into more complex processes have emerged. In the current study, we demonstrated in vitro the start of an inflammatory response at the core of morbidity in invasively ventilated infants. We linked the flow-induced shear stresses to inflammation by measuring cytokines, the messengers of the immune system, and tracking epithelial cell health.” 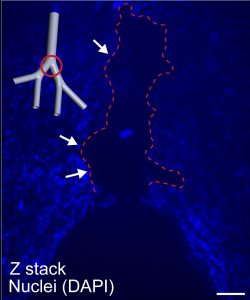 The methodology used by Prof. Sznitman’s group is of particular interest. Modeling the upper airways, they uncovered the mechanism of a deleterious effect and proposed treatment, all without necessitating animal studies. While animal testing cannot be eliminated from medical research entirely, advanced technologies permit scientists to use other means for earlier stages. Beyond reducing animal suffering, such methodologies permit scientists to obtain results faster, at a lower cost, and with reduced confounding factors, speeding up research.

This study was led by Prof. Josue Sznitman, Dr. Eliram Nof, and Dr. Arbel Artzy-Schnirman, in collaboration with clinical specialists in pediatrics and otolaryngology, including Dr. Liron Borenstein-Levin, a faculty member at the Technion’s Ruth and Bruce Rappaport Faculty of Medicine and an attending physician at the Neonatology Intensive Care Unit at the Rambam Health Care Campus. The work was supported by the European Research Council (ERC) under the European Union’s Horizon 2020 research and innovation program.

Dr. Eliram Nof recently began his postdoctoral fellowship at the Memorial Sloan Kettering Cancer Center in New York, and Dr. Arbel Artzy-Schnirman has been appointed the Head of the Advanced Technology Center for Applied Medical Research at the Rambam Health Care Campus in Haifa.

Particle image velocimetry (PIV)-based visualization of the air jet in the airways:

For the article in Bioengineering & Translational Medicine click here