Technion - Israel Institute of Technology > Archive > Why are the elderly at risk?
COVID-19 , Medicine

Technion researchers delve into the aging of our immune system and the means of reversing this process. Their findings could have immediate implications on the fight against COVID-19 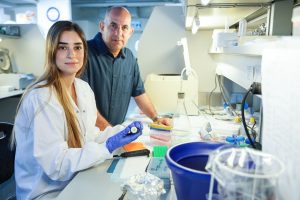 The elderly population appears to be more vulnerable to COVID-19, and vaccines are less effective in protecting them. Why? In her doctoral thesis under the guidance of Professor Doron Melamed, Reem Dowery discovers the answer, explores the aging process of the immunes system, and presents means of rejuvenating it. The findings were recently published in the journal Blood.

Memory B lymphocytes are cells within the human body that are responsible for long-term production of effective antibodies. They are formed when the body is exposed to a new pathogen (i.e. virus, microbe, etc.). Upon consequent exposures to the same pathogen, they recognize it and elicit an enhanced antibody response to trigger an accelerated and augmented immunity. These cells are long-lived, capable of surviving and maintaining immune memory for many years. They are what vaccines attempt to generate, providing the body with the first exposure to what it interprets as the pathogen. 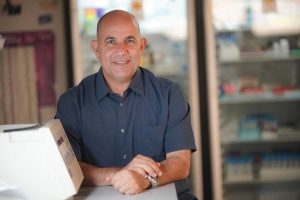 It has been known for some time that the formation of memory B lymphocytes is not as effective in elderly population, putting them at greater risk when facing new pathogens such as COVID-19. Now, for the first time the research group of Prof. Doron Melamed of the Technion’s Ruth and Bruce Rappaport Faculty of Medicine were able to explain why this is so. The group found that as with many other systems in the body, the immune system maintains a steady-state, homeostasis. It turns out that existing memory B lymphocytes (responsible for immune memory), by means of hormonal signals, impede the production of new ones. As a result, with age, the human immune system becomes more adept in responding to pathogens it had encountered before, but less capable of adapting to new threats. The same process makes vaccines less effective in protecting the elderly population. 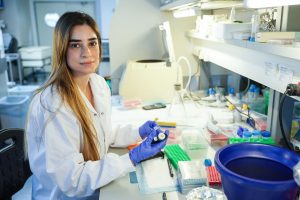 With the explanation found, and the signaling pathway through which the phenomenon occurs explained, the researchers wondered, could it be possible to alter, or to rejuvenate the immune system? To answer that question, Prof. Melamed’s lab collaborated with the departments of hematology and rheumatology at the Sourasky Medical Center and the Rambam Health Care Campus, respectively. As part of the treatment for some medical conditions (among them lupus, lymphoma, and multiple sclerosis), patients undergo B-cell depletion. In other words, a significant amount of memory B lymphocytes are removed from their body. Examining aged patients who underwent this procedure, the research team found their immune system had been rejuvenated, and their body able to produce new, highly potent B lymphocytes once again.

An effect similar to B-cell depletion can be produced by inhibiting one of the hormones in the signaling pathway that suppresses the production of new memory B lymphocytes. This groundbreaking proof-of-concept study of Reem Dowery and Prof. Melamed has opened the way for exploring the rejuvenation of the immune system. Its more immediate implications are on understanding the immune response in elderly populations, and providing the right preventive measures in light of this new information, in particular with regard to the current COVID-19 pandemic. 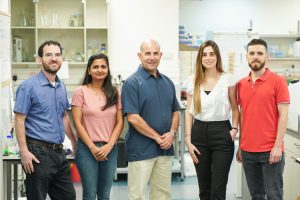