Solar energy can be stored by converting it into hydrogen, Technion researchers have found

Energy & Environmental Science has reported a scientific breakthrough in the study of hematite, an important and promising material in the conversion of solar energy into hydrogen through photoelectrochemical water splitting. The research project was headed by Professor Avner Rothschild of the Faculty of Materials Science and Engineering at the Technion – Israel Institute of Technology and Yifat Piekner, a doctoral student in the Nancy and Stephen Grand Technion Energy Program (GTEP). 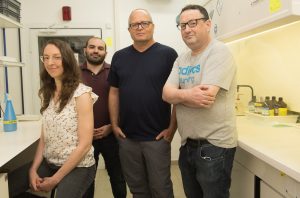 The importance of solar energy to our lives is obvious. The sun transmits energy to Earth continuously, and if we are able to harness it for our needs, use of fossil fuels and pollutants such as petroleum and gas will no longer be necessary. The main challenge in switching to solar energy lies in the varying availability of sunlight as the day progresses and seasons change. Every place on earth experiences sunlight for a limited period during the day, but naturally, there is no sunlight at night. Since the electrical grid needs a stable power at all hours of the day and night, use of solar energy depends on our ability to store it so that we are able to use it at night and on overcast days. The problem is that the known form of electrical energy storage – batteries – is inapplicable when it comes to the supply of electricity for a city, a neighborhood, manufacturing site, etc. Moreover, the energy stored in batteries is adequate for a few hours, but batteries cannot provide a solution for long-term storage between seasons. 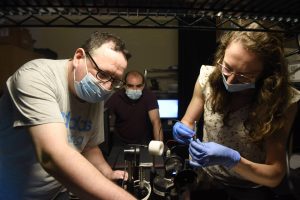 A possible solution to the storage problem is to convert solar energy into hydrogen using photoelectrochemical solar cells. These cells are similar to photovoltaic cells, which convert solar energy into electricity, but instead of producing electricity, they produce hydrogen using the electric power (current × voltage) generated in them. The power is used for photoelectrochemical water splitting – the use of sunlight energy to directly dissociate water molecules into hydrogen and oxygen.

The advantage of hydrogen over electricity lies in the fact that it easy to store and can be used when needed to generate electricity or for other requirements, such as to power FCEVs (fuel cell electric vehicles). In such cases, the fuel cell replaces the heavy, expensive batteries in Tesla cars and similar vehicles, and could also be used for residential and industrial heating, and the production of ammonia and other raw materials. The advantage of hydrogen as fuel is that its production and consumption do not involve greenhouse gas emissions, or any other emissions, other than oxygen and water.

One of the main challenges in photoelectrochemical cells is the development of efficient and stable photoelectrodes in a base or acid electrolyte, which is the chemical environment in which water can be efficiently split into hydrogen and oxygen. The photoelectrodes absorb the photons emitted by the sun, and use their energy to generate electronic charge carriers (electrons and holes, or missing electrons) that produce hydrogen and oxygen, respectively. Silicon, which is the semiconductor material used in photovoltaic cells, cannot serve as a photoelectrode of this kind, since it is unstable in an electrolyte. 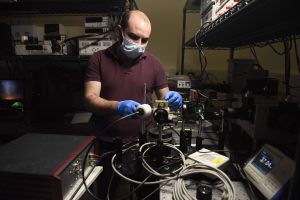 This is the backdrop against which photoelectrochemical cells based on hematite photoelectrodes were developed. Hematite is an iron oxide that has a similar chemical composition to rust. Hematite is inexpensive, stable and nontoxic, and has properties that are suitable for water splitting. However, hematite also has its disadvantages, one of which is the gap between its theoretical energy yield and the yield achieved in practice in actual devices. For reasons that have not been clarified to date despite decades of research, the photon-to-hydrogen conversion efficiency in hematite-based devices is not even half of the theoretical limit for this material. By comparison, the conversion efficiency of photons in silicon solar cells is very close to the theoretical limit. In the present research, which extends and augments the findings recently published in Nature Materials, the research team headed by Prof. Rothschild puts forth an explanation for the mystery. It transpires that the photons absorbed by hematite produce localized electronic transitions that are “chained” to a specific atomic location in the hematite crystal, thus rendering them incapable of generating the electric current used for water splitting, i.e. the separation of water into its elements, hydrogen, and oxygen. (You can read more about the phenomenon on our site, here.)

And now for the good news: Using a new analysis method developed by Yifat Piekner with the help of her research colleagues, Dr. David Ellis of the Technion and Dr. Daniel Grave, senior lecturer at Ben-Gurion University of the Negev, the following data were measured for the first time:

This is the first time that these two properties (the first, optical in nature and the second, electrical) have been measured separately, whereas previous studies measured the combined effect of both properties together. Their separation allows for deeper understanding of the factors that influence the energy efficiency of materials for the conversion of solar energy into hydrogen or electricity.

Besides the achievement in terms of practical application, this is a scientific breakthrough that paves a new way for research into light-matter interaction in correlated electron materials. 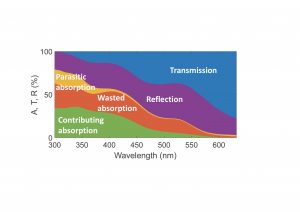 The research study was sponsored by the Israel Science Foundation’s research center for photocatalysts and photoelectrodes for hydrogen production in the Petroleum Alternatives for Transportation Program, the Grand Technion Energy Program (GTEP) and the Russell Berrie Nanotechnology Institute (RBNI) at the Technion.

Click here for the paper in Energy & Environmental Science 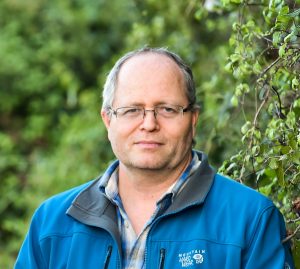 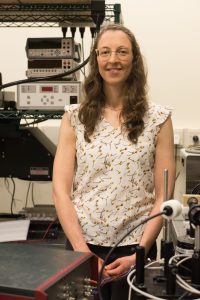 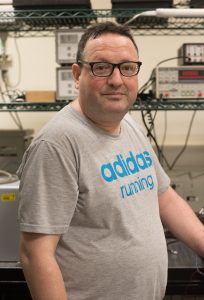