Technion scientists have developed a tuberculosis-diagnosing sticker patch. Delayed diagnosis is a significant challenge to treating the deadly disease, which is still prevalent in developing countries

Technion scientists have demonstrated a novel means of diagnosing tuberculosis by means of a sticker patch that catches compounds released by the skin. Using an artificial intelligence (AI) analysis of these compounds, the scientists were able to provide a quick, non-invasive diagnosis. The research was published in Advanced Science. 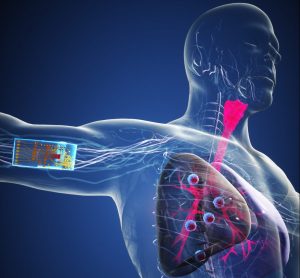 In future implementations, the group plans to integrate the sensors into the patch and use a smartphone to read its results.

Tuberculosis, colloquially known as “consumption,” is prevalent in the developing world, where there is 95 percent of cases. In 2019, an estimated 10 million people fell ill with tuberculosis, and 1.4 million died of the disease. About one-third of the world population is estimated to be infected by tuberculosis bacteria. Since 1993, the World Health Organisation (WHO) has defined tuberculosis as a “global health emergency.” Effective treatment for tuberculosis is available, but diagnosis remains a roadblock, with around 3 million cases missed annually.

Early symptoms of tuberculosis are non-specific, complicating diagnosis. What makes matters worse is that currently existing diagnosis methods are slow, and at times too expensive or complex for resource-limited settings. For example, a sputum smear ($2.60 to $10.50 per examination) is too expensive in a location where people live on $1/day, while a mycobacterial culture test takes 4–8 weeks and at least three visits by the patient to finalize the diagnosis and begin treatment.

Every year, 10 million people fall ill with tuberculosis (TB). Despite being a preventable and curable disease, 1.5 million people die from TB each year – making it the world’s top infectious killer. (WHO)

The World Health Organization (WHO) regards a fast, cheap, and efficient tuberculosis test as crucial to fighting the disease. And it is this need that the team of Professor Hossam Haick from the Wolfson Department of Chemical Engineering at the Technion address in their ground-breaking study. Led by Dr. Rotem Vishinkin, the group created a sticker patch to be applied on the patient’s arm. Containing a pouch of absorbing material, the patch collected compounds released through the skin. These provided the sought-after diagnostic tool.

Prof. Hossam Haick at the Wolfson Department of Chemical Engineering at Technion

A device based on this proof-of-concept study, called A-patch, is already undergoing clinical trials. Dr. Vishinkin, the project’s scientific leader, explained, “our initial studies, done on a large number of subjects in India and in South Africa showed high effectiveness in diagnosing tuberculosis, with over 90% sensitivity and over 70% specificity. We showed that tuberculosis can be diagnosed through the compounds released by the skin. Our current challenge is minimizing the size of the sensor array and fitting it into the sticker patch.” 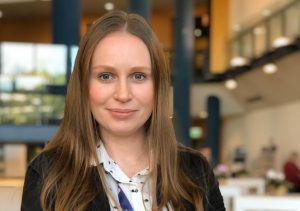 The platform the group is developing is cheap, fast, and simple in its utilization, and requires no specially trained personnel. The group hopes the same methodology and the same platform could in the future be used to diagnose other diseases and conditions, making effective diagnosis accessible to remote areas in the world.

The clinical studies were conducted in the University of Cape Town and Groote Schuur Hospital, South Africa, the All-India Institute of Medical Sciences, India, and the University of Latvia and Riga East University Hospital, Latvia. The study was supported by the Bill & Melinda Gates Foundation and generously assisted by Professor Gilla Kaplan. The continuation of the development under A-Patch project is supported by Horizon 2020. Dr. Vishinkin thanks the Ariane de Rothchild Fellowship for their support during her Ph.D. studies.