The Technion mourns the passing of Uzia Galil, founding father of Israeli high-tech, Technion alumnus and lifetime friend, supporter, and collaborator of Technion.

“Uzia was a visionary who contributed greatly to the Technion, to industry, and to Israeli society,” said Technion President Prof. Uri Sivan in a Eulogy to him. “He was one of the Technion’s most prominent graduates and a true friend to the Technion.”

The life of Uzia Galil tells the tale of a century, including Israel’s journey from destitution to prosperity and the regenerating power of the innovative spirit embodied by Technion – Israel Institute of Technology. According to Prof. Sivan, Technion graduate Uzia Galil was: “an entrepreneur in every fiber of his being.” 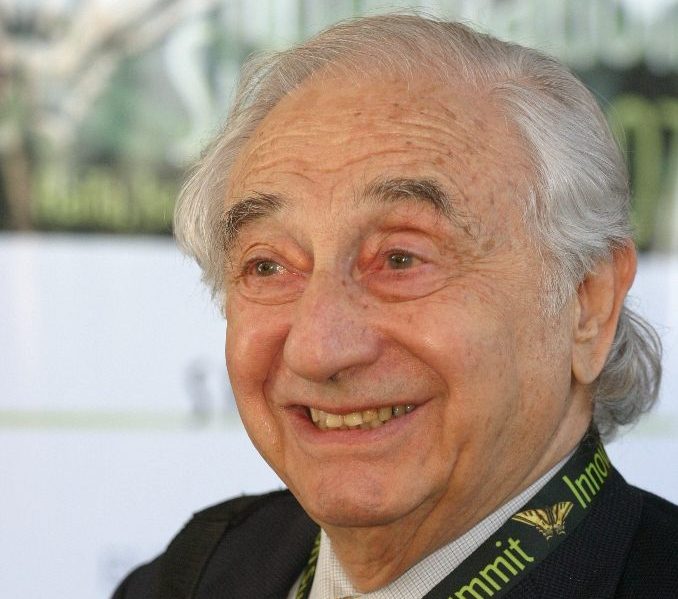 Uzia Galil was born in 1925 in Bucharest. Fleeing the Nazi takeover of Romania, he arrived at age 16 in British-run Palestine. In 1943 he enrolled at the Technion in electrical engineering, and after his studies – he served in the navy. After postgraduate studies at Purdue University in Indiana, he worked for Motorola on the development of colored television, and then returned to Israel and the navy as head of the electronics R&D department. In 1957 he joined the Technion as a lecturer and became director of the electronics department at the Faculty of Physics. As part of his research in the Technion, he developed complex electronic systems for use in physics.

Alongside his work at the Technion, Galil established “Elron” in 1962, which spawned over 25 technological companies, including Elscint and Zoran. “The Elron company, which Uzia founded, was the first successful realization of entrepreneurship in a science-based industry to grow out of a technical institute in Israel,” said Technion President Prof. Uri Sivan. “Galil was ahead of his time in many areas. He laid the foundations for the Israeli Startup Nation, anticipating the essential combination of technology and medicine in service of mankind.”

Galil was a key initiator of the country’s first industrial park, which today is the flourishing MATAM Scientific Industries Center, home to R&D offices of Intel, Yahoo!, Google, Philips, and Microsoft. With 50 years under its belt and scores of spin-offs numbering tens of thousands of employees, Elron has been one of the pillars of the Israeli economy and its high-tech “miracle.” And Technion graduates were key to its success – not just as engineers but as managers and executives. “If you look at our companies – the engineering teams, the software people – the majority are Technion graduates,” said Galil. He later founded the “Galil Centre for medical informatics and telemedicine” adjacent to the Technion’s Ruth and Bruce Rappaport Faculty of Medicine in order to harness technology for the benefit of human health through the integration of different technological systems.

“In my life, I always thought ahead. I said – OK, what we’ve done – we’ve done. The question is, what are we going to do tomorrow?” said Galil in December 2007 in a keynote speech at a conference on next-generation medical products. “And here we have to understand what is expected from us, where we can really excel, where we can maintain our position. The first and foremost in my opinion is to clearly identify where our relative advantages are. It is recognized that one of the strongest characteristics of Israel is the innovative power and the desire for knowledge both in academia and in the industry.”

“On behalf of the Technion, I share the family’s grief and offer our sincere condolences,” said Technion President Prof. Uri Sivan.

May his memory be a blessing.