Can stem cells be identified and monitored in mature tissue? How do our organs cope with both the need for frequent renewal of tissue cells and the need to protect stem cell health in tissue that is exposed to environmental hazards?

Collaboration between two research laboratories in the Rappaport Faculty of Medicine at the Technion has recently yielded a pair of groundbreaking articles focused on the renewal and morbidity mechanisms in the cornea – the transparent tissue that is essential for vision and which serves as the “skin” of the eye. In a similar fashion to the skin, the cornea cells are constantly shedding and are replenished by new cells originating from stem cells.

Unlike skin, the clear cornea lacks the pigments that protect our skin. As such, it is highly exposed to harmful radiation. This is one of the reasons that corneal stem cells are localized in the limbus, the narrow zone between the transparent cornea and opaque sclera (the white part of the eye). Many properties of these limbal stem cells (LSCs) such as their, prevalence, heterogeneity and molecular signature are largely unknown. This gap of knowledge halts the development of LSC-based therapies to cure blindness. Furthermore, the topic of how stem cells cope with different physiological constraints is a key unanswered question in stem cell biology.

In the first article, published in Cell Stem Cell, two previously unknown stem cell niches were discovered in the cornea. Each niche was found to contain unique stem cell populations that ensure its renewal. The second article, published in eLife, presents the sophisticated control mechanism that protects the cornea by maintaining a balance between cell death and self-renewal in the tissue. The article discusses how the basic properties of stem cells and differentiated cells affect the maintenance of stem cells in a remote, protected area and the cell turnover rate, their “freshness,” and aging. These breakthroughs, which emphasize the importance of interdisciplinary research, were achieved thanks to the collaboration between the research lab of Professor Ruby Shalom-Feuerstein, who specializes in stem cell research, and the lab of Professor Yonatan Savir, who specializes in quantitative biology and biophysics. 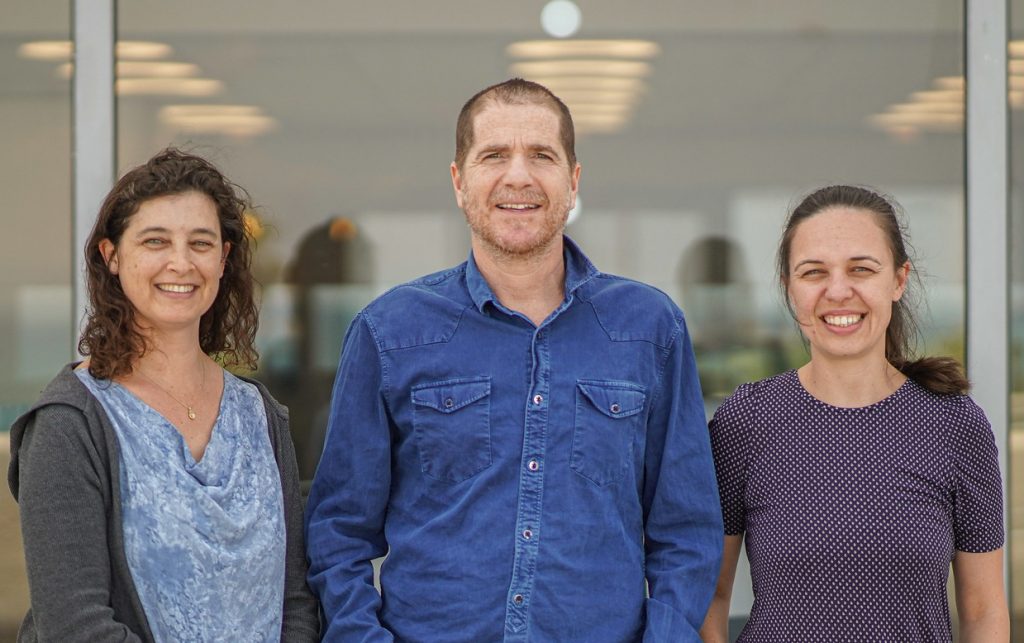 The study published in Cell Stem Cell was headed by Dr. Anna Altshuler and Dr. Aya Amitai-Lange, of Prof. Shalom-Feuerstein’s lab. They integrated innovative technologies, including RNA sequencing on a single-cell level, and advanced clonal lineage tracing – identification of all “descendants” of a specific cell. The product is an unprecedented atlas that describes the gene signature of limbal stem cells and their complete lineage.

The findings in this atlas show that the limbus accommodates two stem cell populations located in two distinct niches that have not been previously described, and which were coined “outer” and “inner” limbus. The inner limbus contains a population of active LSCs, which divide frequently and routinely renew the cornea. The outer limbus contains a population of quiescent, or dormant, LSCs that rarely divide, whose function is to protect the borders of the cornea, and that serve as an emergency reservoir of stem cells aroused upon injury. Mathematical analysis of clonal growth dynamics in vivo suggested that LSC populations are abundant equipotent cells that follow stochastic rules that fit with neutral competition on a niche that dictates survival or extinction. Finally, the study also discovered a new function of the immune system’s T cells that serve as outer limbus niche cells and control the division frequency and healing process of outer LSCs.

According to Prof. Shalom-Feuerstein, “The traditional dogma did not entail zonation or heterogeneity in the limbus, and viewed LSC as rare cells that are surrounded by abundant short-lived progenitors. The hypothetic scarce entities were never found despite decades of research. This study proposes a new dogma that describes two discrete LSC populations that are widespread in their niche, and it reveals their signature, dynamics, and function. We hope that it will pave the way for a better understanding of the involvement of LSC in corneal blinding pathologies. The atlas of LSC genetic signature and niche components may be translated into optimized LSC purification and growth in our culture dish that is currently quite limited.” 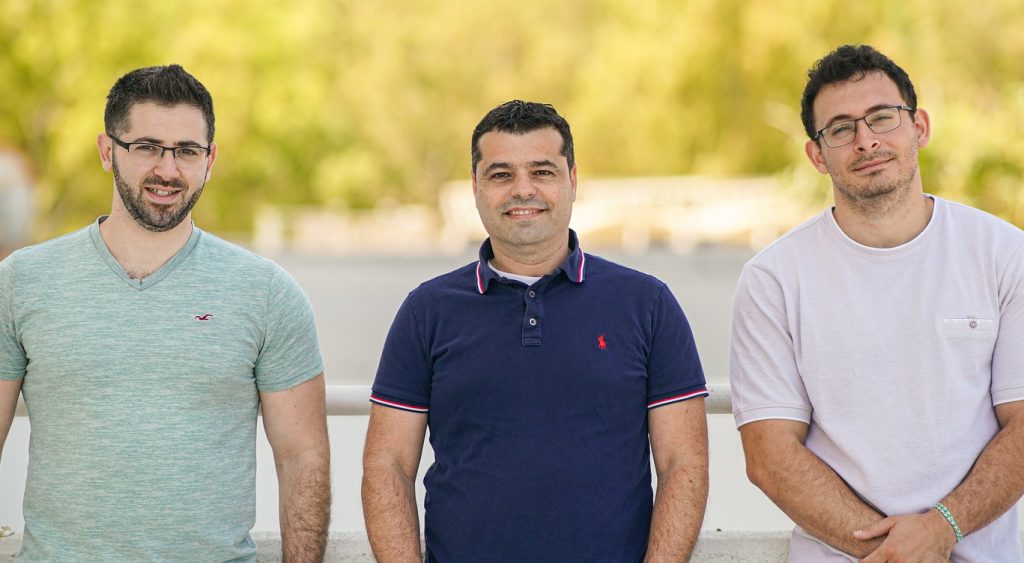 Between mortality and renewal

A key question in stem cell biology is how stem cells can accurately balance cell loss and perfectly tune the development of the tissue and maintain its size and integrity.  The second study, which was published in eLife and headed by medical student Lior Strinkovsky and PhD student Evgeny Havkin (both of the Savir lab), focused on this topic. The researchers developed a mathematical model that describes the dynamics of cell renewal in the cornea, and tested various hypotheses and defined the control mechanism that creates a balance between cell renewal in corneal tissue and the death of aging cells. The researchers evaluated different hypotheses by which stem cells could sustain tissue homeostasis and tested their feasibility. The analysis revealed an inherent relation between the lifespan of the corneal cell (the number of times they can divide) and the length at which cells affect each other as they replicate (does a dividing cell out-compete only its nearest neighbor cells or does it affect a larger neighborhood?). One of the implications of these relations is that “short-lived” progenitor cells believed to possess a lifespan of 3-4 divisions might have a 10-20 times larger lifespan than previously believed.

“Many of the tissues in our bodies (such as the cornea and skin) are in a perpetual state of cell death and renewal, and stem cells play a crucial part in the tissues’ capacity to regenerate,” said Prof. Savir. “However, we still do not fully understand how stem cells control the ability to generate new cells so that the tissue retains the right size. Also, the lifespan of ordinary cells has a significant role in maintaining the balance between the number of new cells that are generated and the number of cells that die. Our work paves the way to hypotheses that can easily be tested experimentally”. 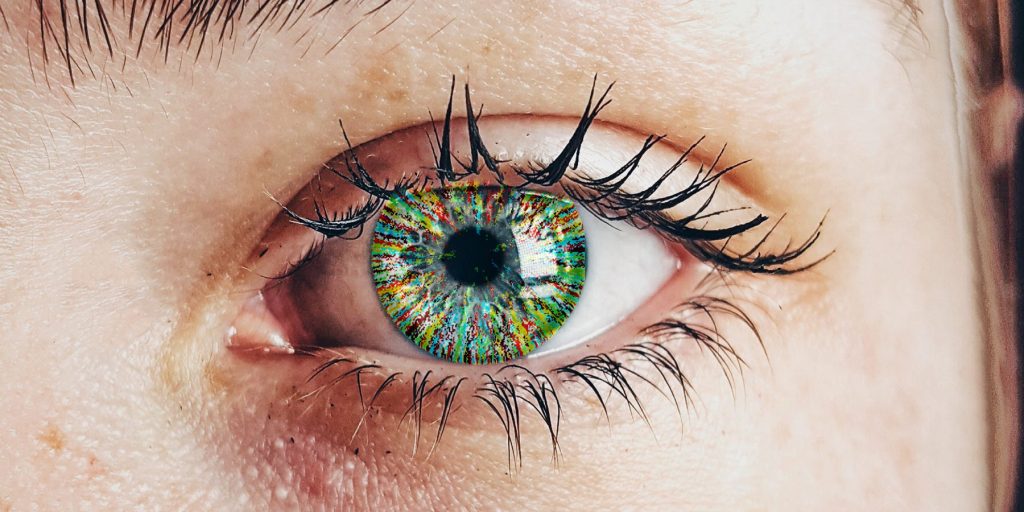 A model of the dynamics of corneal tissue renewal by stem cells along the corneal border.

A new perspective of stem cells

The researchers estimate their findings support the understanding that the traditional model of rare stem cells is not valid. The present research findings are of great significance to the understanding of the basic properties of stem cells in different tissues such as skin, muscle, hair follicles, and bone marrow. The researchers hope the revelation of the identity and genetic signature of the limbal stem cells in this study will pave the way to the understanding of development processes of corneal disease and others, in which stem cells in various tissues are damaged, and will also lead to the development of innovative treatments and new technology to repair damaged organs such as the cornea, among other things through the use of drugs that target damaged genetic pathways in stem cells and their interaction with the niche cells that support them.

Click here for the paper in Cell Stem Cell