The Technion – Israel Institute of Technology has signed a Memorandum of Understanding (MOU) with Hospital Israelita Albert Einstein in Sao Paulo, Brazil, establishing a three-year collaboration between the Technion’s Rappaport Faculty of Medicine and the Brazilian hospital, one of Latin America’s largest. The MOU will support student exchange, clinical trials, and collaborative research projects between the two institutions.

The ceremony took place via video conferencing on May 6, and the MOU was signed by Technion President Prof. Uri Sivan and President of the Albert Einstein Hospital, Dr. Sidney Klajner. 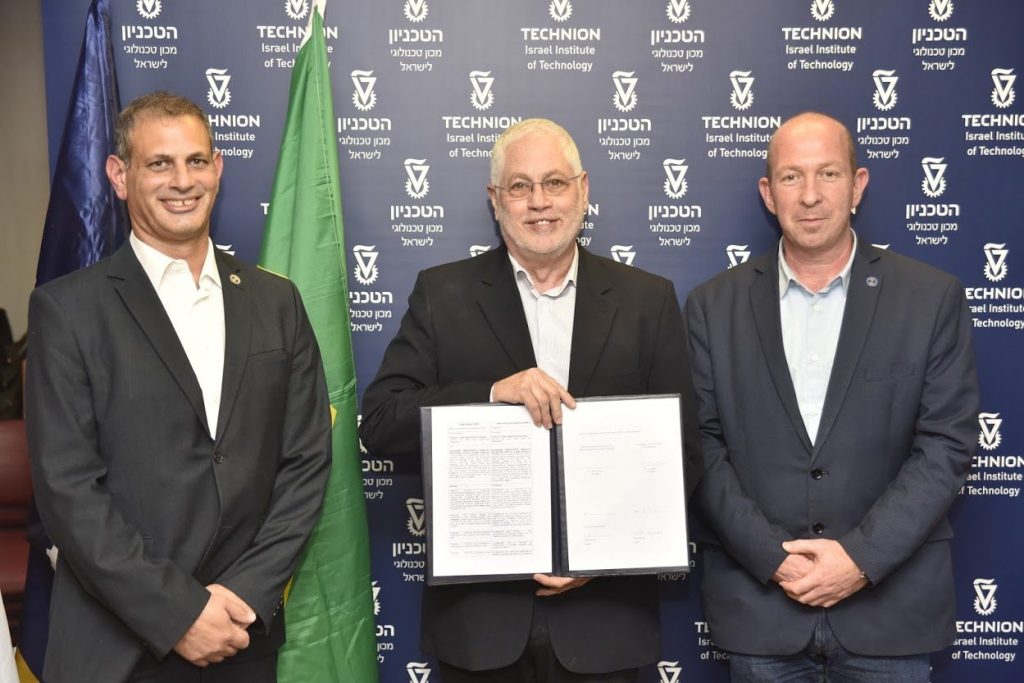 Hospital Israelita Albert Einstein specializes in cardiology, oncology, orthopedics, surgery, and neurology. The hospital, which was founded by the Jewish community of Brazil 66 years ago, was named as the best hospital in Brazil in 2020 by Newsweek. As part of the collaboration, students studying at the Technion’s Rappaport Faculty of Medicine will go to the hospital each year for clinical rounds – which most students typically do in hospitals in Israel; similarly, students studying at the hospital in Brazil will be able to do the clinical rotation in the affiliated hospitals of the Technion Faculty of Medicine. In some cases, graduate students studying at the Albert Einstein Hospital will be allowed to spend an extended period at the Technion Faculty of Medicine and its affiliated hospitals.

The connection between the Technion and the hospital was made through Shaul Shashoua, a member of the Friends of the Technion in Brazil. The ceremony was also attended by Technion Vice President for External Relations and Resource Development Prof. Alon Wolf; President of the Friends of the Technion Society in Brazil Salomao Ioschpe; Prof. Dr. Luiz Vicente Rizzo, VP of R&D at the Albert Einstein Hospital; and Prof. Alexandre Holthausen Campos. From the Rappaport Faculty of Medicine at the Technion attended: The Dean, Prof. Elon Eisenberg; Prof. Yaron Har-Shai, Vice Dean for Strategic Development; Prof. Simone Engelender, senior researcher; and others.

“The Technion and Albert Einstein are two institutions focused on the betterment of people’s lives, no matter where they live, no matter which language they speak, and no matter what their beliefs are,” Technion President Prof. Uri Sivan said at the signing ceremony. “The essence of our collaboration agreement is bettering the lives of people by promoting and disseminating knowledge.”

President of the Albert Einstein Hospital, Dr. Sidney Klajner: “Our hospital symbolizes the value of saving lives, which is so important in Jewish tradition. Albert Einstein was founded on four Jewish precepts: mitzvah, refuah, chinuch, and tzedakah (good deeds, healing, education, charity). It is very exciting to be here at this moment of signing an agreement between two institutions that share a common aspiration to improve human life in Brazil and Israel.”

Dean of the Rappaport Faculty of Medicine, Prof. Elon Eisenberg: “The hospital fully understands the importance of inter-institutional cooperation in promoting science and education in medicine. I look to the future with hope and am confident that this is the beginning of an important scientific and educational relationship.”

Prof. Yaron Har-Shai, Deputy Dean of Strategic Development at the Rappaport Faculty of Medicine: “In science, it is impossible to move forward without cooperation, including international cooperation. Therefore, we established an international center in the faculty a few years ago that deals with the faculty’s global relations. Over time, thanks to the support of the deans and the hard work of Matan Raz and Stephanie Schneor, we have partnered with more than 10 leading university hospitals in the U.S., Germany and Australia, mainly for student exchange.  I have no doubt that the exposure of our students to hospitals abroad gives them not only a great deal of knowledge but also a richer view of health systems overseas and makes them better doctors. In addition, the professional relationships that are forged with the medical staff abroad will accompany them during their medical careers.”

Prof. Simone Englander, a faculty member originally from Brazil, played an important role in creating the collaboration with the hospital. “Shortly before the outbreak of coronavirus, a large team of doctors from the hospital in Brazil came here and introduced us to each other… paving the way for future scientific research and collaboration,” she said.