In an article published in Nature Photonics, researchers from Technion – Israel Institute of Technology present a new approach to imaging evanescent waves that allows, among other things, tackling this challenge with the help of “nonlinear wave-mixing,” a combination of two or more light beams that generate a new electromagnetic wave of a different color. This phenomenon, which requires at least one of the light beams to be very intense, occurs in most semiconductors, dielectrics, and metals. The Technion researchers mixed a wide and intense pulsed beam of light with evanescent waves traversing the surface, generating a new light wave that could be subsequently detected by regular means. By doing so, they were able to fully reconstruct the electromagnetic field of the evanescent waves and demonstrated real-time monitoring of changes in the wave pattern. 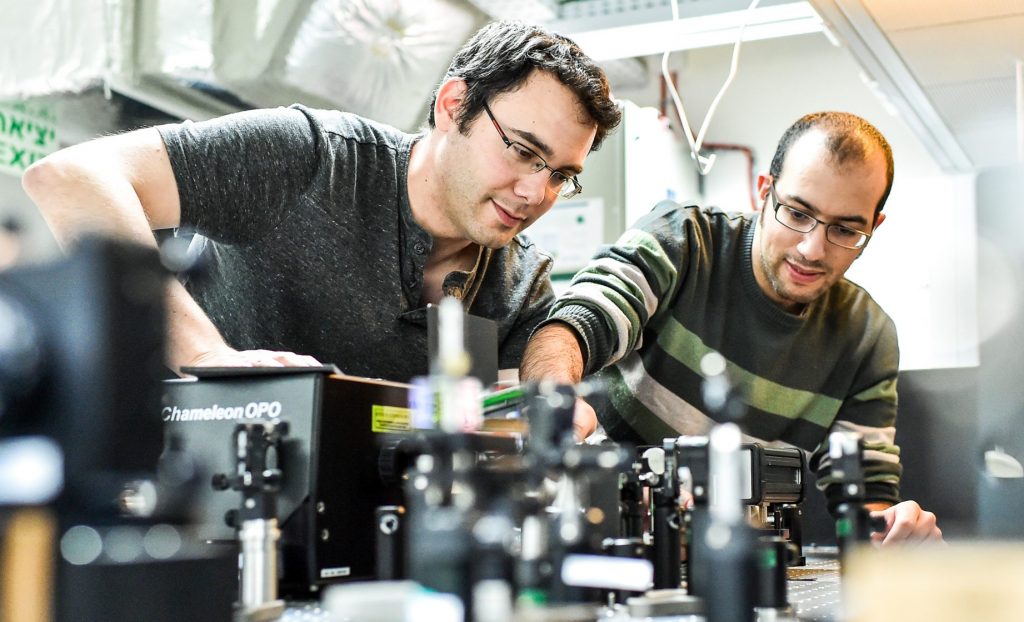 Guided waves have attracted great attention in recent decades, stimulating the development of various generation and detection methods. Almost all modern communications rely on the guided waves of optical fibers to conduct an enormous amount of information at roughly the speed of light. Large data centers, which are the central hubs for this ocean of information, rely on photonic integrated circuitry – another form of guided light waves – but within a silicon chip, quite like the chips of electrical circuitry. These guided waves do not radiate outside their host structure but still leave a signature in the air – a fast-decaying wave called an evanescent wave. 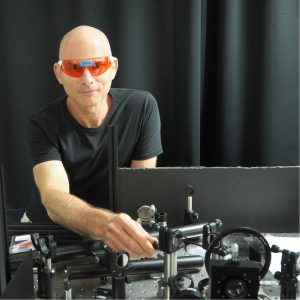 Evanescent waves cannot be detected by standard microscopy methods as their energy remains bound to the surface and cannot be seen by the microscope detector. Because of this, designated technologies were developed to detect these waves, using either a small needle approaching the surface, scattering out the electromagnetic power in its vicinity; or by firing electrons on the surface and characterizing their spectrum afterward. Although these two schemes provide an excellent spatial resolution, they require complex and designated infrastructure, as well as long acquisition times, which currently prevent them from imaging the guided waves in real-time.

“The idea to overcome this challenge came to me when I was working on a different project,” said Kobi Frischwasser, the leading author of the manuscript. “I was exploring ways to nonlinearly couple light into confined optical modes when I realized that it could also work the other way around – the information in such modes can be coupled nonlinearly out. I never imagined that this new microscopy scheme could open up new and, so far, unattainable opportunities for near-field science.”

“Aside from bulk materials, nonlinear wave-mixing naturally takes place at any interface between two materials, making it an ideal platform for nanophotonics – which often deals with light at interfaces,” said Professor Guy Bartal of the Andrew & Erna Viterbi Faculty of Electrical Engineering, who headed the project. “Below some spatial limit, Information remains bound to the surface and cannot be seen by any camera. Our technique “releases” this information into radiation that can be detected – even with a commercial camera!” 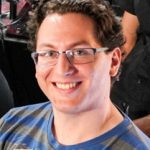 The new scheme, termed Nonlinear Near-field Optical Microscopy (NNOM), does not require anything other than a powerful commercial laser source and standard optical components and detectors. According to the researchers, this makes it not only affordable – but also approachable. “You don’t need expensive and complicated tools anymore,” Bartal indicated. “For many applications, all you really need is what you already have in your optics lab.”

In their manuscript, Bartal’s research team, comprised of Kobi Frischwasser, Kobi Cohen, Jacob Kher-Alden, Shimon Dolev, and Shai Tsesses, demonstrated the strength of their scheme in imaging various patterns of electromagnetic surface waves, called surface plasmons, while they change in real-time. “We have been working on simple methods to shape such waves for a while, so it was easy to design field patterns we could freely control,” said Jacob Kher-Alden.

“The interesting bit was the information we could extract,” added Bartal. “By changing the polarization of the high-intensity pulses, we could see different shapes. We then found out that we are not just measuring the evanescent waves, but we can choose what information to take out of them.” Particularly, the team could separate and visualize the information stored on the “spin” of the evanescent waves, i.e. the clockwise and anti-clockwise rotation of the electric field on the interface.

“When you process the optical information in free-space, everything is much easier,” said Kobi Cohen. “We could see the spatial frequency content of the surface waves, not just the real-space shape, and through a reconstruction algorithm, we managed to extract their phase as well. From here on out, the road to a full-field reconstruction was clear.” 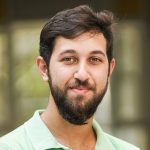 Finally, the authors demonstrated the application of NNOM by monitoring the changes in digitally encoded surface waves via the use of a spatial light modulator (SLM). “We wanted to show that this new microscopy scheme can have practical applications,” explained Shai Tsesses. “Since there are times when you need to make sure of the exact evanescent pattern, such as in optical trapping and manipulation experiments or when trying to optically address quantum emitters in nanophotonic platforms.”

“We haven’t even begun to explore the limits of this scheme and its applications,” Frischwasser concluded, “It may very well help us to develop better methods of verification for photonic circuitry. We are very excited about the future, and hope that many groups around the world will join us on our quest.”

The research was funded by the Israel Science Foundation and was assisted by the Russell Berrie Nanotechnology Institute, the Zisappel Micro-Nano fabrication unit, and the photovoltaic lab at the Technion. Shai Tsesses is funded by the Israel Academy of Sciences and Humanities through the Adams fellowship program, while Jacob Kher-Alden is funded by a scholarship from the Israeli Council for Higher Education’s Planning and Budgeting Committee.