Substantial tissue loss can be the result from different causes, including cancer, injury, and infection. Reconstructive surgery attempts to mitigate the damage. Currently, the clinical “gold standard” in the field of reconstructive surgery is the autograft, which entails harvesting tissue from one part of the patient’s body, and transferring it to the damaged site. For example, to reconstruct the lower jaw, surgeons may harvest a portion of the fibula bone, together with the soft tissue and blood vessels around it, from the patient’s leg. The soft tissue and blood vessels are necessary for the bone to survive in its new location. 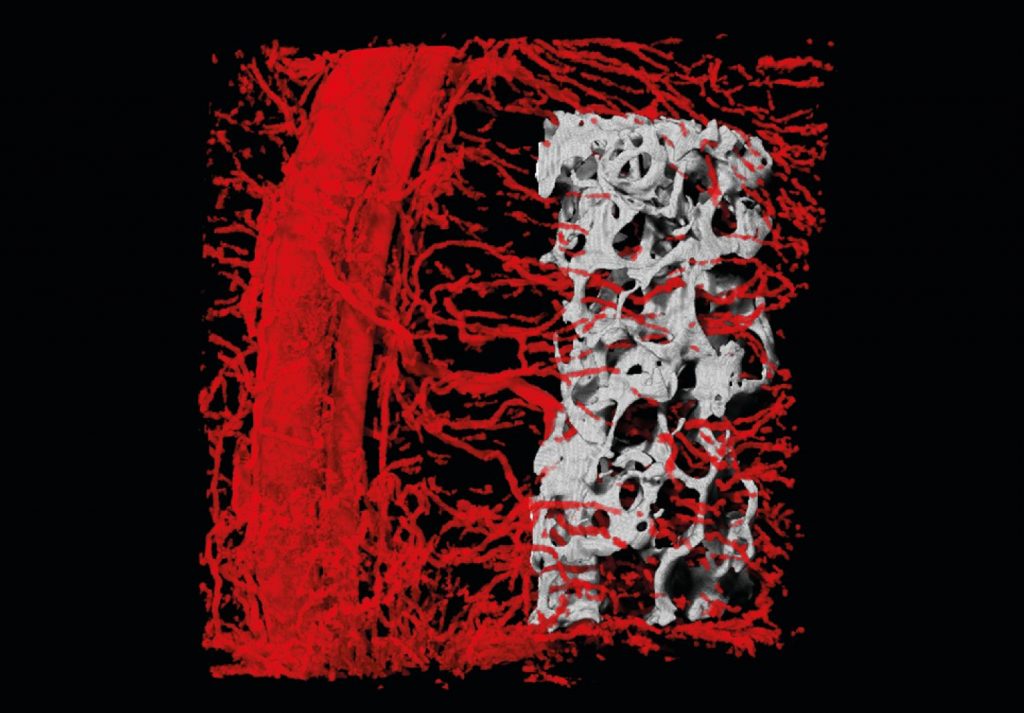 As one might imagine, there are significant disadvantages to taking a large chunk out of one’s body, such as considerable pain or all the usual complications associated with a surgery at the donor site. Scientists are therefore looking for alternatives to tissue harvest and moving towards tissue engineering. Although some progress has been made in the field, there are still major challenges to overcome in the search for tissue replacements. The Holy Grail for the scientists is de novo tissue generation. Instead of taking tissues from one part of the body to implant in another, new tissues for implantation would be grown in a lab.

That is where Professor Shulamit Levenberg and her team come in. In the Faculty of Biomedical Engineering at the Technion, the focus of her tissue regeneration lab has been on the formation of complex blood vessel networks in lab-grown tissues. Recently, her team created vascularized soft tissues for implantation using stem cells derived from the dental pulp, that is the soft tissue inside the tooth, together with capillary forming (endothelial) cells. The addition of the dental pulp stem cells promoted the generation of the blood vessels, eventually leading to enhanced tissue remodeling and repair. The new methodology was then used to repair a bone defect in rats, leading to a complete recovery.

As previously mentioned, bone implanted as part of reconstructive surgery would need soft tissues to support it and blood vessels to feed it. In a recent study conducted in Prof. Levenberg’s lab, Dr. Idan Redenski and his colleagues were able to tackle the issue. In findings recently published in Advanced Functional Materials (link), the team put together their own vascularized tissue technology with biological bone implants developed at Columbia University by Professor Gordana Vunjak-Novakovic to create a de novo tissue flap containing live bone supported by vascularized soft tissue. This took the concept of implantable bone tissue to a whole different level. 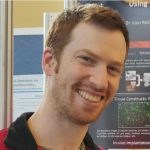 That, however, was only the first stage. Having shown that a mixed tissue flap can be grown, the team proceeded to use the new methodology to repair a bone defect in rats, using a two-step approach. First, an engineered soft tissue flap was implanted. Once it was integrated into the body of the rat, the engineered flap was exposed in a second surgery and used to repair a bone defect, while being supported by major blood vessels next to the defect site. The decellularized bone was exposed and inserted to correct the existing defect while the engineered tissue flap supported it. The results were a complete success: the soft tissue with the blood vessels supporting and feeding the bone led to bridging of the bony defect, with the rat’s cells growing in and replenishing the implant. It was, in fact, a complete recovery, better than anything reconstructive surgery can achieve, and not based patient tissue harvest.

Returning to the concept of a jaw implant, one can hope that one day, based on the methods developed by Prof. Levenberg, Dr. Redenski, and the rest of the team, it will be possible for the patient to receive a lab-grown bone perfectly matching the shape of their face, surrounded by lab-grown soft tissues based on their own cells cultivated on 3-dimensional biomaterials. No major damage to other parts of the patient’s body would be necessary.

After finishing his Ph.D., Dr. Redenski will begin a residency in oral and maxillofacial surgery at the Galilee Medical Centre, where he plans to continue his research with the hope of taking the methods developed in Prof. Levenberg’s lab and implementing them in the clinic.

For the full article in Advanced Functional Materials click here