Research in Movement Biomechanics and Wearable Technology for Orthopedic Problems

“These areas have been studied for many years, but what is needed to achieve a breakthrough is a multidisciplinary approach that analyzes the interactions between biomechanics, structure, and biology,” said Prof. Fischer. 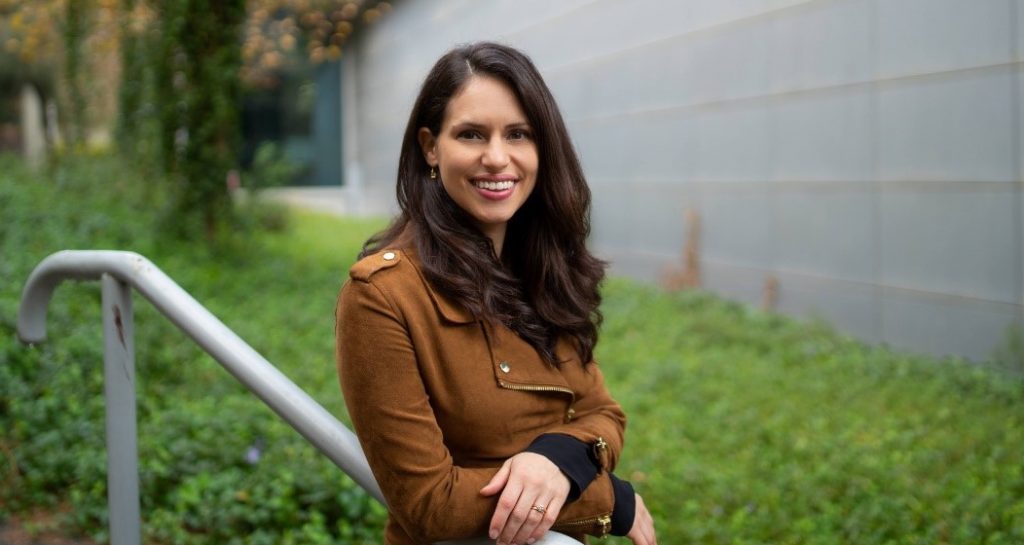 Research is in Prof. Fischer’s DNA. Her mother, who was born in Egypt, holds two Ph.D.s, in philosophy and psychology, and her father who was born in the United States earned his Ph.D. in criminal justice. When Arielle was 11, her parents made Aliyah to Israel with their five children from Albany, New York to Yuvalim, a community village in the lower Galilee.

After serving in the Israeli Air Force, Dr. Fischer returned to the U.S., where she attended the Massachusetts Institute of Technology in the Department of Mechanical Engineering. She chose to go to MIT “because it was an opportunity to study at the world’s leading engineering university.“ In 2009 she returned to Israel and earned her degree in biomedical engineering at the Technion, where almost a decade later in 2020 she came full circle when she returned as a faculty member.

Dr. Fischer earned her Ph.D. in the Technion in Mechanical Engineering, in the Biorobotics and Biomechanics Laboratory. Under the supervision of Professor Alon Wolf, she developed a rehabilitation intervention that allowed patients with musculoskeletal disorders to train correct movement patterns.

“Among other things, we developed a device that allows the patient to practice walking correctly while removing a percentage of their body weight, which has important applications for people with neurological or muscle/skeletal impairments.”

Dr. Fischer was the recipient of the Switzerland Government Excellence Scholarship and conducted collaborative research, as part of her Ph.D., between the Technion and EPFL, the Federal Polytechnic School of Lausanne, where she had the opportunity to work in the development of advanced robotics in the field of orthopedics and rehabilitation.

After earning her doctorate, Dr. Fischer followed the well-trodden path from Israel to the USA. She conducted her postdoctoral fellowship at Stanford University, where she “…worked in the rehabilitation of patients with joint problems, people with meniscus injuries or those after knee replacement surgery or anterior cruciate ligament reconstruction.”

During this period, she focused on developing wearable devices for monitoring and stimulation during motion as part of restoring motor-neural skills. “Wearable monitoring provides us with extensive and continuous information about various physiological data,” she said. “And AI tools enable us to analyze this information efficiently and quickly and to extract in-depth conclusions about normal functioning as well as other injuries and disruptions.”

One of her greatest achievements at Stanford was the development of an innovative device that masks pain during the joint rehabilitation process and increases the patient’s mobility to facilitate the performance of an activity. This device, KneeMo®, is a wearable, non-invasive knee device that includes two elastic bands with stimulation models strategically located to elicit the strongest response based on anatomy and nerve locations.

According to Prof. Fischer, “The knee device bands are tightly attached around the lower part of the thigh and the top of the calf to generate static pressure and active vibration. The timing of the vibration is synchronized to the movement of the leg using sensory modules (accelerometer and gyroscope) that detect the movement of the limb and activate the stimulus at a specific point of the walking cycle where we want to increase muscle activity. Our vision is to develop a dedicated device for each joint, which will accelerate and improve rehabilitation processes and restore the ability to move for muscle-skeletal injuries.”

Prof. Fischer’s groundbreaking work at Stanford University earned her a postdoctoral excellence scholarship from VATAT – the Israeli Council for Higher Education. She returned as a faculty member to Israel in 2020 to establish her own lab: The Biomechanics and Wearable Tech Lab, in the Department of Biomedical Engineering. In doing so, she became the first undergraduate of the Faculty of Biomedical Engineering ever to return as a faculty member. Prof. Fischer’s worldview, characterized by her collaborations and multidisciplinary perspective, also earned her the prestigious Zuckerman Scholarship for Young Researchers.

Here at the Technion,  Prof. Fischer is hard at work establishing a laboratory that will operate in three main disciplines:

Prof. Fischer plans to analyze the information from her laboratories and wearable devices, using complex probability models, including artificial intelligence (AI) technologies, a field of research her husband, who is about to complete a doctorate at the Technion, is specializing in.

Professor Fischer explained that “Artificial intelligence allows us to analyze vast amounts of information and draw conclusions from it that cannot be reached in traditional ways. It is clear to me that such technologies will expand our knowledge of musculoskeletal injuries and enable us to develop new ways to prevent and treat such injuries.

“Since orthopedic problems are familiar to everybody, especially to older people, I am happy to be part of the efforts to reduce the burden these problems cause in daily living, and believe that in the coming years we will see numerous breakthroughs that will improve our lives in this area as well.”