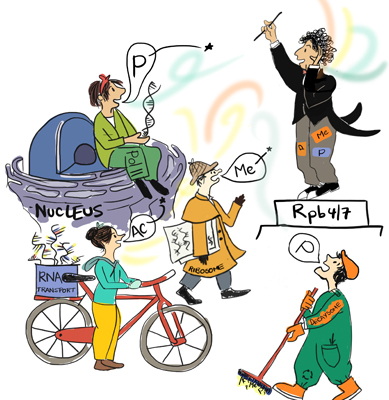 Figure: The mRNA coordinator Rpb4/7 receives and transmits messages between the components of the gene expression process through small molecules, thus revealing a molecular language with a rich and varied vocabulary. Illustration by Dr. Tehilah Meged-Book

Researchers from the Rappaport Faculty of Medicine at the Technion have uncovered a mechanism that coordinates the multi-stage process of gene expression: i.e., translating the information stored in the DNA into proteins. The study, published in Cell Reports, was led by molecular microbiology principal investigator Professor Mordechai Choder and Dr. Stephen Richard, with Dr. Tamar Ziv and Keren Bendalak of the Smoler Proteomics Center at the Technion.

The DNA can be thought of as the cell’s “recipe book,” written using four “letters” – the nucleotide molecules. Every cell in our body contains DNA with the same nucleotide sequence (with some exceptions). However, the tissues of our body – muscle, bone, skin, etc. are quite different from each other in how they are formed and how they function.

How is possible that all tissues’ cells contain the same DNA sequence but cells in different tissues express different sets of genes and function differently? 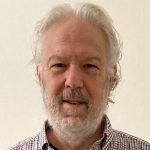 The answer lies in the regulation of gene expression – a wide range of mechanisms that, together, regulate which recipes out of the DNA-book will be “cooked,”i.e., which genes would be expressed in each particular cell, in what amounts, and when. Although this recipe book is the same in all cells, the recipes cooked from it may be quite different.

The mechanisms that regulate gene expression may be broken into four major stages, revolving around the production, transfer, translation, and decay of messenger RNA (mRNA) molecules – each encodes a unique protein:

mRNA Synthesis and Maturation: the DNA is a large molecule (almost 2 meters long). In the process called “transcription”, a gene encoding one protein (one recipe of the cookbook), is copied out into mRNA molecule, the nucleotide sequence of which is dictated by the DNA nucleotide sequence; this molecule carries the instructions for building the protein.

mRNA Transport from the cell nucleus into the cytoplasm, an intra-cell environment outside the nucleus, where proteins are produced. The nucleus can be thought of as a “safe” where the precious recipe book is kept. Recipes are copied out of it as necessary, but the book itself is never taken out of the safe.

mRNA Translation: this stage is carried out by the ribosome – the “protein factory.” The ribosome reads the mRNA instruction (a single recipe) and produces a protein. Proteins are composed of amino acids, the sequence of which is dictated by the mRNA nucleotide sequence; the amino acids sequence determines the protein nature and functionality.  Proteins perform many functions in our body and are responsible, in part, for what we are.

mRNA Decay: like most molecules in our body, mRNAs are turned over. Their degradation is carried out by factors that, as Choder’s group reported in 2013 (in Cell), also participate in transcription. Thus, mRNA synthesis and decay processes are linked. 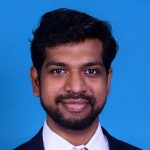 “Every stage is regulated by a sophisticated mechanism, consists of many dozens of dedicated factors that execute the process and ensure its precision,” said Professor Choder. “I was interested in understanding the mechanism that integrates all these stages into a unified system, trying to obtain a bird’s eye view. I have hypothesized that, for proper expression, all stages must be coordinated. It is for this reason that I have focused for the last 15 years on “zooming out” our point of view from the discrete processes – transcription, translation, etc. to the whole system.”

This continued research, performed on the baker’s yeast S. cerevisiae, has yielded some dramatic discoveries, among them the discovery of mRNA coordinators, published in 2010 in Cell. The coordinators bind to the mRNA during transcription and accompany it throughout its life; a life that involves all the above-mentioned stages.

“To use a musical analogy, the coordinator is like a conductor of an orchestra, responsible for the coordination between the various instruments, that is to say – the different stages,” continued Professor Choder. “It evolved because a ‘false note’ in the orchestra, i.e., discoordination among the stages, can have fateful consequences to the organism.”

In the current article, the researchers went a step further and examined the means by which the stages’ components and the coordinators communicate. They found that they use a “language,” the “letters” of which are small molecules (such as phosphoryl, methyl, and acetyl) and the “words” are combinations thereof. These molecules bind to the coordinator, while it is attached to the mRNA, forming an mRNA/coordinator/small molecule complex. The coordinators, in turn, spread the “rumour” among the stages.

The language contains many different words, each representing a certain combination of letters and the positions within the coordinator (which position within its amino acid sequence) that they bind.  Every “word” delivers information and commands to the various stages and affects their functionality. As for what kinds of information the stages need to deliver, they range from the simple (e.g., “all is well, you may proceed”) to the more complicated (e.g., “slow down, something’s missing” or “send the mRNA to degradation – the problem is irreparable” etc.). This mechanism allows the transfer of information between stages, thus reducing errors along the way. According to Prof. Choder, it would be interesting to see if other molecular systems use similar coordinators and a similar language (or a dialect).

The study was done with the generous support of the Israeli Science Foundation (ISF).