Members of winning group participated in EIT FAN program, held in Faculty of Biotechnology and Food Engineering at the Technion in collaboration with Strauss Group 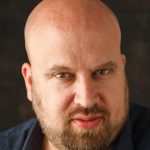 Israeli startup The Mediterranean Food Lab is one of the three winners in the EIT Food Accelerator Network (EIT FAN) program. EIT Food, Europe’s leading food initiative, aims to accelerate startups that will shape the food world in the coming decades. The Mediterranean Food Lab was founded by Yair Yosefi, Omer Ben Gal, and B.Z. (Ben) Goldberg, who joined forces to harness their individual research and development expertise in plant-based flavoring agents to establish the startup.

Created by the European Institute of Innovation and Technology (EIT) in 2018, EIT FAN was held for the third time this year in the Technion Faculty of Biotechnology and Food Engineering and five other hubs in Switzerland, Germany, the UK, Spain and Finland. The program at the Technion is run in collaboration with Strauss Group, and is one of the first programs to focus on the cultivation of innovation and entrepreneurship in the food sector.

This year, 60 companies were selected from 400 applicants to participate in EIT FAN across its six hubs. In Israel, the program took place at the Technion, under the leadership of Associate Professor Uri Lesmes (Academic Director), Dr. Avital Regev Siman-Tov (CEO) and Prof. Eyal Shimoni (Strauss Group), with the participation of ten startups from Israel, Italy, and the UK. Two outstanding companies from each hub progressed to the final stage of the European contest, where the top 3 finalists were selected by a professional international panel of academic and industry experts. 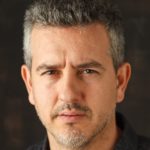 The three winners in the European finals are startups active in different categories: The Mediterranean Food Lab of Israel, develops natural solutions that improve the deliciousness of plant-based foods in general and meat alternatives in particular; Odd.Bot of the Netherlands, which developed the “Weed Whacker”, an intelligent in-row weeding robot that will reduce the use of crop protection products; and UK-based Arborea, which has developed artificial BioSolar leaves that generate breathable oxygen and remove carbon dioxide from the air. Each of the companies will receive €100,000.

The Mediterranean Food Lab develops natural, healthy flavor bases that are sustainably produced and affordable, using novel modalities based on traditional, multi-phase, solid state fermentation of plantprotein. This year, the company also won a grant from the Good Food Institute to research the potential of traditional Southeast Asian foods for the development of rich flavors for the alternative meat sector.

B.Z. Goldberg, CEO and R&D Director of The Mediterranean Food Lab, explained that the rapid expansion of the alternative meat sector is thus far mainly limited to emulating meat as a main protein serving, “a large piece of protein that sits in the middle of your plate, such as hamburgers, steaks, chicken nuggets, etc.” However, large pieces of protein account for only 20% of the global meat market by volume. By contrast, the use of meat to enhance and improve the flavor other foods accounts for 30% of the market. “Even if we stop slaughtering animals to produce hamburgers and steak, the food world will still need billions of animals each year to feed our appetite for the flavor enhancing qualities and meaty flavor profile presently delivered by animal protein, unless there is a  great tasting  alternative. And that is what we’re working on,” he said.

Goldberg explains that the accelerator program at the Technion, which included intensive studies, access to mentors from industry, and ongoing advice from the staff of the Technion’s Faculty of Biotechnology and Food Engineering, gave the company highly significant impetus. Winning the finals of the local competition at the Technion granted The Mediterranean Food Lab a ticket to compete in the European finals of the program, against other outstanding companies that had been declared winners in the various European hubs.

“We believe innovation holds the key to fixing our food system so that it is healthier and more sustainable for all”, said Benoit Buntinx, Director of Business Creation at EIT Food. “These startups and scaleups represent the inclusivity and innovation of the EIT Food community and embody the important role entrepreneurs will play, if we are to accelerate the transformation of the food system.” 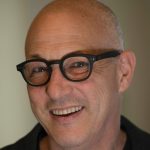 “The EIT Food Accelerator Network is a unique pan-European program established to catalyze significant breakthroughs, mainly by providing support and advice to new startups and entrepreneurs,” said Prof. Uri Lesmes of the Faculty of Biotechnology and Food Engineering. “The companies that participated in the program at the Technion are engaged in finding food alternatives and in enriching the food chain as we know it – a common trend in the food world today. This year the COVID-19 crisis forced us to exercise our Israeli agility and adapt the program into a hybrid format, integrating online learning with practical workshops at the Faculty. I am proud to say we were the only hub to do so, and to persist in fostering the growth of startups. This continues to support Israel’s leading position at the forefront of food-tech innovation. Israeli entrepreneurs have brought creativity and daring to the food sector, and it is not without reason that Israel is an important player in the global food-tech industry.”

Dr. Avi Shpigelman, also of the Faculty of Biotechnology and Food Engineering, and one of the lecturers of EIT FAN at the Technion, said, “the uniqueness of the program lies in the integration of knowledge and skills from the academic world and industry, and in the program’s location within the Faculty, which also places its advanced infrastructure at the participants’ disposal.”

According to Dr. Avital Regev Siman-Tov, director of the program in Israel, “The program reflects the spirit of the Israeli startup nation and the knowledge it has accumulated and exposes participants to a unique combination of lectures, practical workshops, mentors and leading industry experts. In fact, the program we crafted at the Technion together with Strauss has become one of the cornerstones of the European acceleration program, which will soon be beginning its fourth year of activity.”

This is the second time in the three years that the winner of the prestigious EIT-FAN finals is a participant of the program at the Technion. In the program’s first year it was Redefine Meat – an Israeli company that developed a 3D meat printing technology to creating animal-free “whole muscle” cuts of meat (e.g. steaks) with the appearance, texture, and flavor of real meat, but made from natural plant-based sustainable materials. Redefine Meat’s CEO, Eshchar Ben-Shitrit, said participation in EIT-FAN at the Technion and winning the competition were a significant milestone in the company’s development, fundraising, and team growth.