Technion - Israel Institute of Technology > Archive > Can anyone hear me?

A system for the accurate diagnosis of hearing impairment developed by Technion student Lidan Fridman has won the annual project exhibition at the Technion Faculty of Biomedical Engineering. 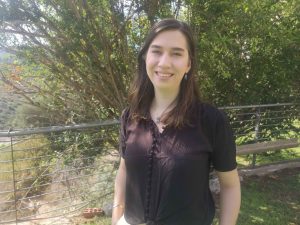 Fourth-year students were displaying their work at the annual project exhibition held at the Faculty of Biomedical Engineering last week, which took place this year online.

Student exhibits included systems for predicting epileptic seizures, mood tracking in cancer patients, and systems for the prevention of sudden death in athletes. The first prize was awarded to Lidan Fridman, who developed an innovative technology for an accurate physiological diagnosis of hearing loss.

“The display of the projects is the peak event of the year at the Faculty, and reflects our pursuit of close, continuous collaboration with the industry.” said Faculty Dean Prof. Shulamit Levenberg. “The projects on display are the epitome of many months of tackling practical challenges, complex technical difficulties and our requirement that students present meaningful solutions to real-world problems.”

The project course is led by Prof. Nati Korin. Projects were ranked by thirty judges, including Technion faculty members and researchers, entrepreneurs and senior executives in the biomed industry. As has been the custom each year, the prizes were contributed by entrepreneurs Doron and Liat Adler of Sanolla.

Awards included five prizes for excellence, an entrepreneurship prize, and a people’s choice prize. As mentioned, the first prize was won by Lidan Fridman, who, under the supervision of Prof. Dvir Yelin and Ph.D. student Matan Hamara, developed a system for the diagnosis of early-stage hearing loss. According to Lidan, “Today, the diagnosis is to a great extent reached on the basis of information provided by the patient, a fact that introduces a subjective element to the process. Here, we have developed a compact system that creates high-resolution images of vibrations of the tympanic membrane, and is likely to be of help in the future in detecting hearing problems and more accurately diagnosing their causes”. The two major components of the system are the device’s housing and the software required for an analysis of the results, and Fridman hopes that within the next few years, the development will progress to clinical trials followed by subsequent widespread use.

The second prize went to Yael Zaffrani, who, under the supervision of Prof. Moti Freiman, developed a technology for the early diagnosis of Crohn’s Disease. She says, “The doctor diagnoses the current condition of the diseased bowel on the basis of numerous MRI images, but because the bowel is a convoluted organ it is hard to monitor its anatomy and reach an accurate, data-based decision”. Based on the MRI images, the system developed by Zaffrani provides the doctor with a single image that displays the bowel in the form of a straight and taut organ, free of convolutions, allowing for the detection of symptoms of severe inflammation with relative ease.

The third prize was won by Maya Hershko, who, under the supervision of Prof. Avi Schroeder of the Wolfson Faculty of Chemical Engineering, developed a technology designed to inhibit the uncontrollable proliferation of cancerous cells using nanoparticles.

The fourth prize went to Niv Rebhun and Sofia Rozenberg, who, under the supervision of Dr. Yoav Madan, developed a prosthetic hand for transhumeral amputations. The product is tailored to meet patient-specific needs, is relatively simple and easy, and does not require a lengthy learning curve. The project was executed with the assistance of the Haifa 3D nonprofit organization.

The fifth prize for excellence went to Worud Abu Alasal and Elia Khamesy, who executed their project under the guidance of Prof. Tzipi Kraus of the Faculty of Education in Science and Technology. The two studied the mother-child brain to brain synchrony during joint storytelling by measuring brain activity in ten pairs of mothers and children in Arab society and demonstrated that storytelling creates a stronger synchrony compared to other shared activities.

The people’s choice prize was won by Ayelet Lotan and Opal Nimni, who, under the supervision of Prof. Yael Yaniv, developed a wearable (non-invasive) digital technology for early diagnosis of heart disease.

In addition to the above prizes, the Faculty also awarded the entrepreneurship prize. This prize seeks to invite students into the world of entrepreneurship and encourage them to devote thought to business development and the realization of their developments through commercialization. The prize was won by Marina Tulchinsky, Roni Keshet and Ori Shahar for their Vocal Vibes – a remote speech therapy technology. The group was supervised by Dr. Oscar Lichtenstein and Shaked Ron, winner of the first prize in last year’s project contest. Vocal Vibes is a system that streamlines the work of the speech therapist through remote diagnosis and treatment – goals that have acquired special importance during the current COVID-19 crisis. The information originates in sensors embedded in a special collar worn by the user, and in recordings and photographs taken by a mobile phone. The new technology demonstrated its ability to diagnose dysphonia, a voice disorder in which the vocal cords do not function properly, resulting in an impaired voice, with 88% accuracy.

The development of entrepreneurship in the Faculty is being spearheaded by Dr. Yael Rozen, a consultant on applied research in the Faculty of Biomedical Engineering at the Technion. The students’ investor presentations were judged by Dr. Amir Toren, CTO and Business Development Director at New Generation Technology’s (NGT) incubator; Dr. Gideon Meiri, CEO of NanoMedTech, and Dr. Judith Zilberstein, CEO of the Alon Med-Tech incubator.