The 2019 EMET Prize was awarded this week at the Jerusalem Theater by Social Equality Minister Gila Gamliel to 11 researchers, among them Distinguished Professor Moti Segev of the Technion – Israel Institute of Technology, winner of the EMET Prize in Physics and Space.

The EMET Prize is awarded by the A.M.N. Foundation with the sponsorship of the Prime Minister for academic or professional excellence and achievements with far-reaching impact and for a special contribution to society. Its aim is “to acknowledge those who view excellence as a way of life and the fulfillment of human potential as essential to creating a better world for future generations.”

Dist. Prof. Segev, 60, is the Robert Shillman Chair of the Faculty of Physics, and one of the founders of the Helen Diller Center for Quantum Science, Matter and Engineering. After a B.Sc. and Ph.D. degrees from the Viterbi Faculty of Electrical Engineering he went onto a post-doctorate at Caltech, followed by an appointment as a professor at Princeton University. In 1998 he returned to Israel and to the Technion as a faculty member of the physics department. In 2008, he became a distinguished professor, awarded for outstanding research excellence and reserved for a select few researchers at the Technion.

Dist. Prof. Segev is a groundbreaking physicist in the field of optics and lasers and his scientific work is cited in tens of thousands of scientific articles. Among his awards are the prestigious Quantum Electronics Prize (the most important European award in the field of optics and lasers), which he won in 2007, the Max Born Award from the American Optical Society (2009) and the Arthur L. Schawlow Prize in Laser Science in 2014. He is a Foreign Member of the National Academy of Sciences (NAS) of the United States of America, a member of the Israeli Academy of Sciences and Humanities and a recipient of the Israel Prize in Physics in 2014.

Dist. Prof. Segev spoke at the ceremony on behalf of the EMET laureates and said that: “The small number of faculty members in Israeli academia means that on every faculty member there are about 25 students (undergrads and graduate students).  This is the worst numerical ratio in Western society. By comparison, at MIT, Stanford, and Princeton the ratio is 1:12. Therefore, it is important that we increase the faculty members by at least 30%, perhaps by 50%. The question asked is therefore whether we have the human brain pool to select excellent faculty members. The answer is positive: today there are some 1,500 Israelis in academia in the United States. Most of them stayed there after their post-doctorates because they did not have the opportunity to return to Israel. Therefore, we must add positions to allow more researchers to find work at universities in Israel after the postdoctoral studies abroad, and give a chance to more young people, at least 30% more than what we are doing today.”

The research group, headed by Dist. Prof. Segev focuses on experimental and theoretical projects in many fields including photonics, lasers, and quantum electronics. The group is engaged in research of basic scientific aspects that influence other areas of science (beyond photonics) and in the development of applications affecting the world of technology.

This past year (March 2018-Feb 2019), Dist. Prof. Segev reported on seven different works, each of which is groundbreaking, published in two of the world’s leading scientific journals, Nature and Science.

Beyond his personal achievements, Segev is most proud of the success of his doctoral and postdoctoral students, 21 of whom are university professors in Israel and abroad, and many others who hold senior R&D positions in industry. His candidacy for this year’s EMET Prize was submitted by his former students, who are now university professors in Israel.

To young researchers, Dist. Prof. Segev said at the ceremony: “Think beyond the horizon about things that weren’t thought about before you. Have a mind to distinguish between the principal and the subordinate. Have the courage to fight for yours.” 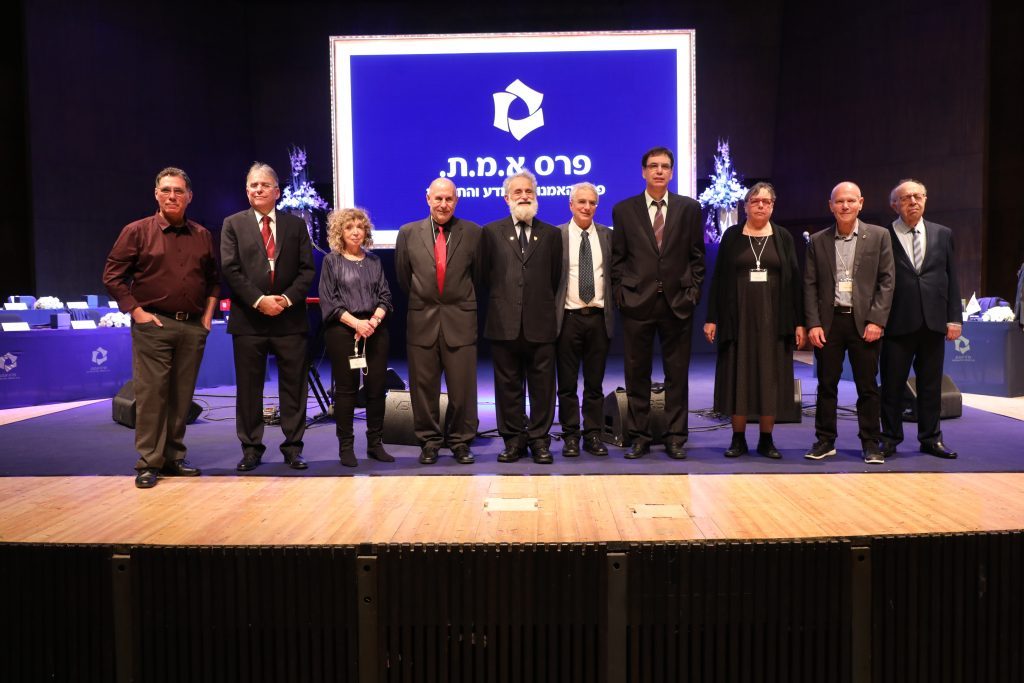 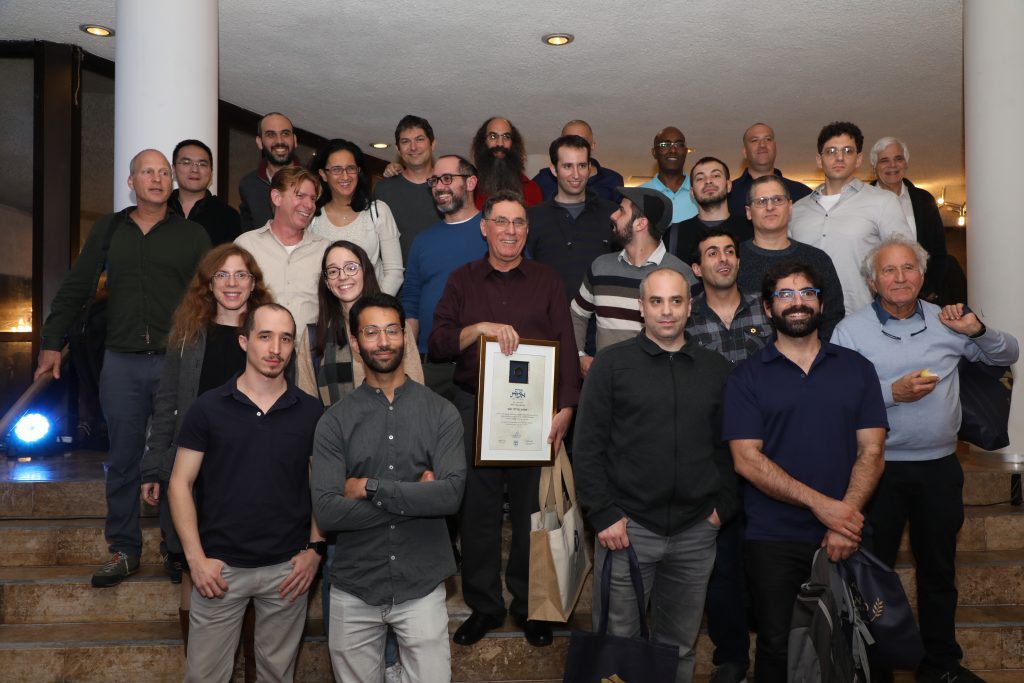 Dist. Prof. Segev with his past and present students 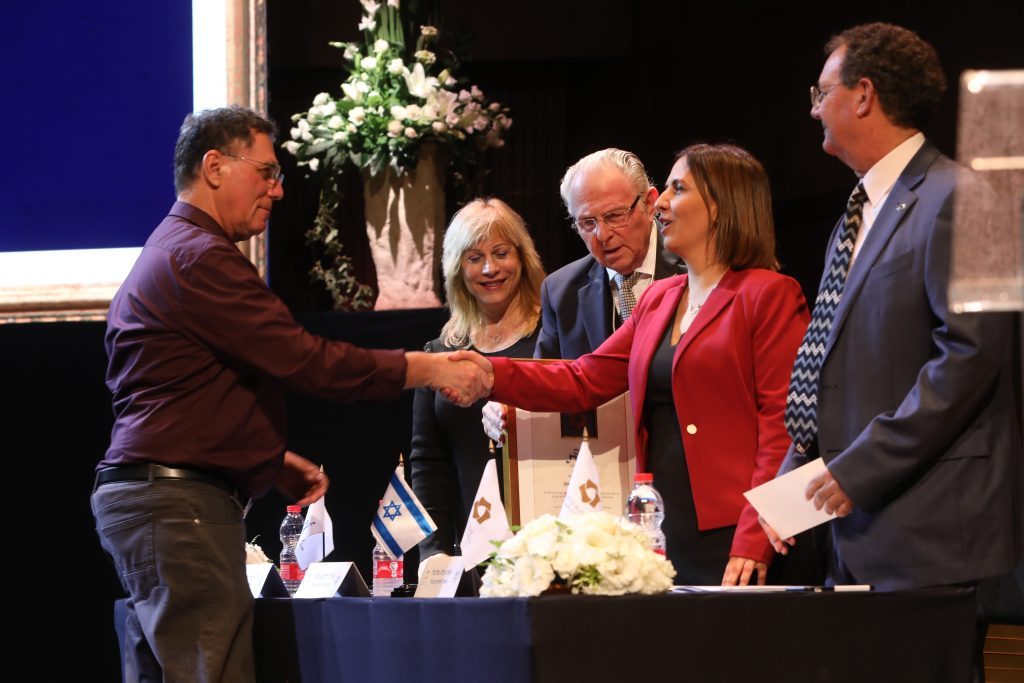 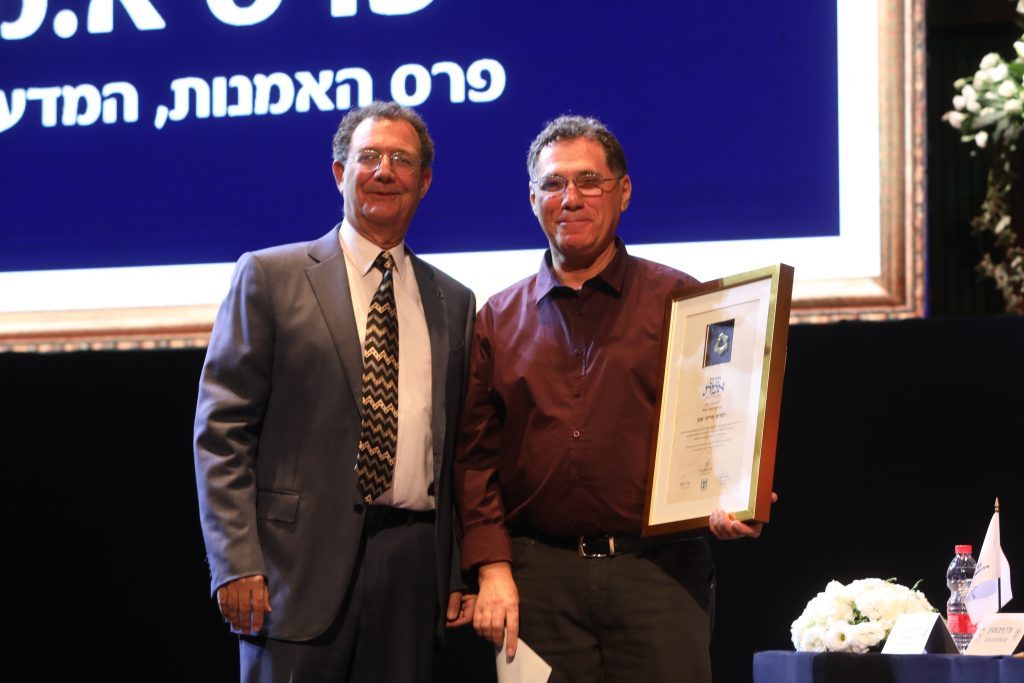