For the sixth time: Technion wins a gold medal at the iGEM competition in Boston. Additionally, the team ranked in the top five in the category of community contribution. The group has developed a technology for the creation of bee-free honey. 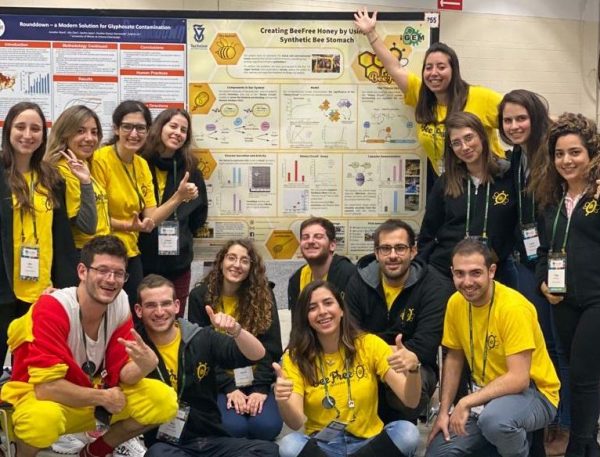 The Technion team at the iGEM competition

The Technion team has been working on the development of bee-free honey for the past year. The synthetic honey is produced by the bacterium Bacillus subtilis, which “learns” to produce the honey following reprogramming in the lab. The innovation gains importance within the context of the decline in bee populations in many parts of the world. Moreover, in the artificial production of honey, the manufacturer can determine the properties of the honey, including its taste.

iGEM is a prestigious competition established in 2004 by MIT – The Massachusetts Institute of Technology. The competition gives students the opportunity to study and experiment with all aspects of scientific and applied research in synthetic biology. Some 300 teams from universities all over the world took part in the competition. 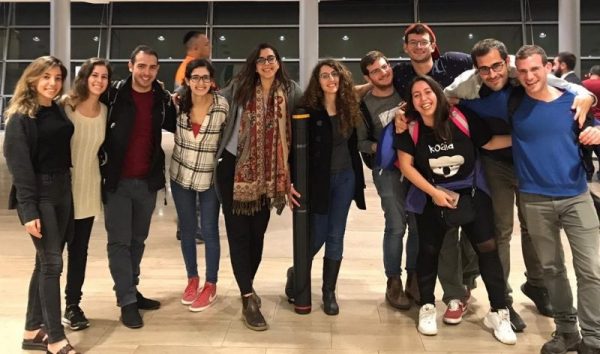 The Technion team at the airport

Student groups from the Technion have been participating in the iGEM competition since 2012 under the initiative of Prof. Roee Amit, head of the Synthetic Biology Laboratory for the Decipherment of Genomic Codes in the Faculty of Biotechnology and Food Engineering, and Lab Director Dr. Orna Atar. This year the group was also guided by mentors Noa Eden, Tzila Davidov, and Liron Abrahami-Patchuk.

The competition is structured so that groups are required to both develop a scientific-technological idea, and to present themselves as real business enterprises. In addition to the development of new technology, group members are required to raise research funding; meet with relevant experts from academia and industry; and perform experiments to improve the product. Over the years, dozens of startups have been born through the international competition.

“The winnings in the competition are definitely exciting, but equally important is the intellectual property created around the project,” said Prof. Roee Amit. “Just this year, we’ve shortlisted two rare achievements with developments from previous student competitions: a scientific article published January 2, 2019; and a patent approved in the United States on March 26, 2019.”

The article, which was published in the ACS Biomaterials Science and Engineering journal, describes the use of engineered bacteria to detect and measure harmful substances in food and water. Patent No. 10240132, which Prof. Amit and Dr. Attar are signed onto together with students Alexei Tomsov and Maayan Lufton who participated in the 2015 delegation, is a device for preventing baldness based on body bacteria activity.

One parameter for participation in the competition is social contribution. Within this framework, the Technion group held a unique Hackathon on environmental issues and sustainability. At the Hackathon, 44 outstanding students from 10th-12th grade in Haifa participated, with “The Green Choice” group winning first place, developing a solution to reduce the amount of food waste in the world. This was achieved through an application that allows supermarkets to offer lower prices on products that are about to expire. The Hackathon organization put the Technion team among the top five in the iGEM Community Engagement category.