Toxic wastewater is produced mainly manufacturing processes of adhesives, but also in the wood, paper and textile industries. The removal of formaldehyde from water is essential to prevent contamination of groundwater and soil.

Researchers at the Technion have developed an innovative, patented technology to purify water from the pollutant formaldehyde. The research was led by Dr. Adi Radian and Ph.D. student Yael Zvulunov of the Faculty of Civil and Environmental Engineering, in collaboration with Prof. Ayelet Fishman and Dr. Zohar Ben-Barak Zelas of the Faculty of Biotechnology and Food Engineering. The team’s findings were recently published in the Chemical Engineering Journal. 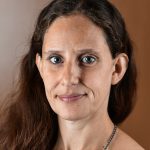 Formaldehyde, whose chemical formula is CH2O, is a carcinogenic substance that can penetrate our bodies through breathing, eating, and drinking. It is considered to be one of the most problematic indoor pollutants.

The present study deals with the remediation of formaldehyde-polluted water from industrial processes. Formaldehyde is used in the production of glue and is therefore very common in the wood, paper, and textile industries, where it accumulates in the water used for production. The discharge of these wastewaters into the environment is, of course, prohibited, so great efforts are taken to safely dispose of them. Since removing it from water is very expensive, some companies simply keep the contaminated water in barrels, waiting for the day that a satisfactory solution is discovered.

The research team’s development is based on Montmorillonite clay, a natural mineral characterized by a very large surface area. One gram of this clay has a surface area of about 760 square meters. This feature gives the clay a rare adsorption capacity. The patent developed by the Technion is based on processing the clay in a manner that increases the adsorption of formaldehyde.

The other major component in the new technology is a formaldehyde-degrading bacterium. Such bacteria have evolved in the Negev after many years of formaldehyde use for soil disinfection. This use has led to the development of formaldehyde-resistant bacteria, which are able to decompose the dangerous compound. To solve the problem of resilience, Negev farmers were assisted by Prof. Ayelet Fishman, who harnessed the bacteria in question for the present study. Ironically, the resilience that was damaging to farmers aided the development of new technology at the Technion.

The researchers, however, had to overcome a difficult technical problem: a large amount of formaldehyde in the industrial wastewater kills the bacteria immediately. Therefore, a protective system was needed for bacteria to survive and decompose the dangerous material.

The material developed by the Technion researchers is based on montmorillonite clay that has been modified using a polymer that changed the overall negative charge to positive. With this modification, the clay absorbs the formaldehyde and reduces its concentration. Bacteria that break down the substance are pre-attached to the material. After each cycle of formaldehyde decomposition, the material cleans itself for another round. According to Dr. Radian, the development may also be relevant for other uses, such as adsorption and degradation of pesticides that threaten to contaminate groundwater.

The study was supported by the Russell Berrie Nanotechnology Institute (RBNI) at the Technion and the Israeli Ministry of Science and Technology.

Dr. Adi Radian, head of the Environmental and Soil Chemistry Laboratory at the Faculty of Civil and Environmental Engineering, completed her Ph.D. at the Faculty of Agriculture at the Hebrew University, where she studied the use of modified clays to increase the adsorption of organic pollutants. She went on to complete a post-doctorate at the University of Minnesota, where she developed a gel that attracts and affixes bacteria that break down pollutants like fuel and pesticides. In July 2016, Dr. Radian returned to Israel and joined the Faculty of Civil and Environmental Engineering at the Technion. 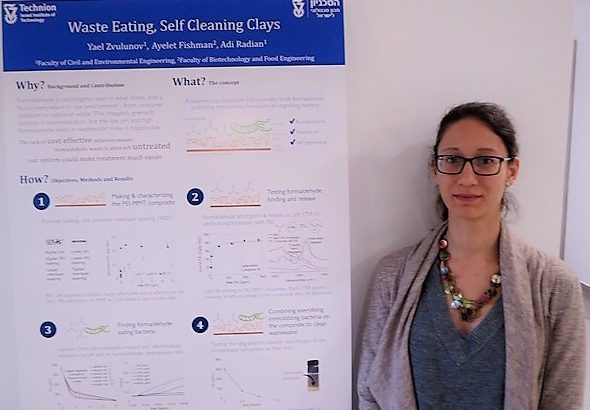