A multinational research team from the Technion and National Taiwan University have developed hollow nanometric balls that are expected to be used for drug delivery and safe immunizations. 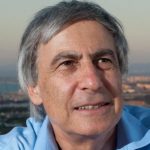 Based on the chemical behavior of natural viruses, researchers from the Technion and  National Taiwan University have developed hollow nanometric balls that are expected to be used for drug delivery and safe immunizations. The study, a collaboration between Professor Ehud Keinan and Dr. Ephrath Solel from the Schulich Faculty of Chemistry at the Technion and their colleagues in Taiwan under the direction of Prof. Yi-Tsu Chan, was published in Nature Communications.

Spherical objects are found frequently in nature, in both the inanimate and living worlds. They are usually created through the assembly of 12 pentagon-shaped tiles. Examples of this phenomenon include the buckyball (carbon 60 molecule), spherical viruses, and artificial structures, such as soccer balls and geodesic domes.

Spherical viruses in nature implement this symmetry in order to build their shells with an external diameter ranging from 15 to 500 nanometers. According to Prof. Keinan, “these shells assemble spontaneously from their components under the proper conditions, and disassemble under other conditions, thus enabling the viral life cycle. The icosahedral virus capsids teach us important lessons, including the economy of surface area-to-volume ratio and the genetic efficiency of subunit-based symmetric assembly. The shells of viruses teach us a valuable lesson about how to build artificial spherical objects.” 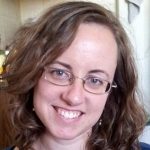 Chemical imitation of spherical objects has many potential implementations that include packaging and delivering drugs and other sensitive substances, synthesis of uniformly sized nanometric particles, control over the chemical activities of various substances, chemical analysis, catalysis, molecular architecture, and safe immunization based on synthetic antigens that imitate the natural viruses.

In 2007, some of the research team members proposed a general strategy for building spherical shells using chemical synthesis. The idea was to manufacture pentagon-shaped tiles in the laboratory that could assemble into a ball according to various chemical mechanisms, similar to the process by which a soccer ball is assembled (see illustration). While the principle seems simple, implementing it experimentally entailed many difficulties and the experiments continued unsuccessfully for 12 years, in other research groups as well.

Ultimately, the Technion and Taiwan researchers succeeded in implementing this strategy. They produced pentagon-shaped molecular tiles in the laboratory that resembled shallow bowls. The spontaneous assembly of 12 pentagon-shaped tiles and 30 cadmium ions created a spherical cage with an external diameter of 6 nanometers and shell thickness of 1 nanometer.

Now the researchers are planning to produce spheres with different chemical compositions to meet different needs, such as for immunization purposes, controlled release of medications, molecular architecture, and exploiting solar energy.

For the complete article in Nature Communications, click here.