Researchers at the Technion’s Schulich Faculty of Chemistry have developed innovative synthetic methods that expand the chemical toolbox and enable effective preparation of new and complex proteins.

HAIFA, ISRAEL (October 8, 2018) – Researchers at the Technion-Israel Institute of Technology and Johns Hopkins University have developed a new method of protein synthesis that could one day be used to promote biochemical, structural and functional studies, and in the creation of new drugs. The findings were recently published in Nature Communications. The research team led by Prof. Ashraf Brik of the Schulich Faculty of Chemistry included  Muhammad Jbara, Shay Laps, Dr. Guy Kamnesky, and Guy Mann, along with Prof. Cynthia Wolberger of the Johns Hopkins University School of Medicine. 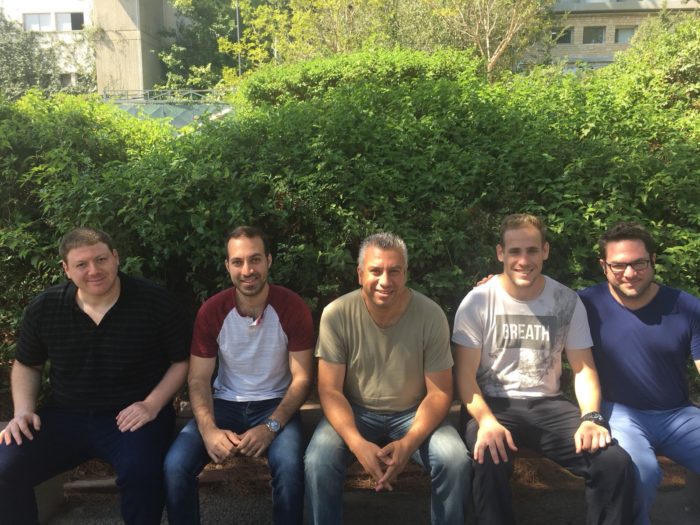 Proteins are vital components of the living cell from which organelles are built into cells, muscles, and more, and the ability of the Technion-Johns Hopkins team to create them artificially could dramatically affect such endeavors.

The team was able to form complex protein clusters by precisely tuning chemical processes. This is an expansion of the chemical toolbox for the synthesis of proteins and the opening of a new channel for the development of chemistry based on organometallic complexes. The method was demonstrated by the synthesis of a copper storage protein (CSP1) and in the reaction of ubiquitinated proteins for the formation of a strong (covalent) complex of nucleosome-enzyme.

Prof. Brik completed his master’s and doctoral degrees at the Technion and later became Israel’s first Arabic chemistry professor. After a meteoric career at the Ben-Gurion University of the Negev, he joined the faculty of the Technion on the initiative of Nobel Laureate and Technion Distinguished Prof. Aaron Ciechanover. Prof. Brik has won numerous awards including the Humboldt Research Award (Germany), the Hirata Award (Japan), the Tetrahedron Young Investigator Award, the Eli Hurvitz Award (Israel), and the Israel Chemical Society’s Prize for the Outstanding Young Scientist. He was recently elected as a member of the Israel Young Academy.

This study was supported by the US-Israel Binational Science Foundation (BSF).