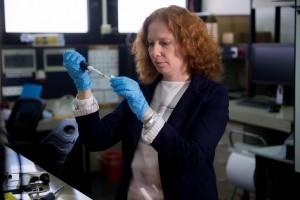 Assistant Professor Reut Shalgi returned from MIT to Israel thanks to the Technion, where she currently investigates regulatory mechanisms of protein synthesis at the Rapapport Institute of Medical Research.

“As a scientist, I have access to an endless world of research topics. Science leads you in directions you hadn’t initially thought of, and you have to navigate your way through it, but at the same time to let it lead you.”

Assistant Professor Reut Shalgi, who this week was awarded the prestigious Alon Fellowship for Outstanding Young Faculty, joined the ranks of the Technion faculty last year. Currently, as a member of the team at the Technion’s Rapapport Institute of Medical Research, she investigates the mechanisms of translational control by the ribosomes.

Thanks to her computer science skills Prof. Shalgi began, while still an undergraduate, to work in the hi-tech company of RadVision. But the search for new challenges led her to enroll in the Life Sciences Master’s degree program at the Weizmann Institute. With the guidance of Prof. Yitzhak Pilpel and Prof. Ron Shamir she used bioinformatical methods to study mechanisms that regulate gene expression – and was captivated by the world of scientific research. “During my Masters I realized I wanted to be a scientist – to understand how cells function, investigate the ways in which they can malfunction and find ways of correcting them.

“We work in the new and fascinating field of systems biology, increasingly integrating biology and computer science, and using genome-wide data and bioinformatical tools,” Assistant Professor Shalgi explains. “Systems biology gives us an broad view of the biological processes taking place inside the cell, whereas classic biology examines these processes in depth.” She went on to undertake her PhD at the Weizmann Institute, with Prof. Pilpel and Prof. Moshe Oren as her advisors. “My research focused then on the regulation mechanisms of micro-RNA – small molecules that are genes but that do not encode proteins. Every stage in protein synthesis is controlled by numerous factors inside the cell. I investigated the interrelationships and the coordination between different levels in this network.”

In 2009, after she completed her Ph.D., Assistant Professor Shalgi went to pursue her post-doctoral studies at MIT. Under bioinformatics expert Prof. Chris Burge and Prof. Susan Lindquist, a world leader in the field of  chaperones (specialized proteins that facilitate the correct folding of other cellular proteins, which is essential for their proper function), Shalgi studied translation control mechanisms in cells under stress, as well as the interrelationship between chaperones and the ribosome. It was at this time that she discovered a previously unknown mechanism of translation control: chaperone-mediated ribosome pausing during the translation process. She continues to research this mechanism in her own lab.

The pausing occurs in response to extreme environmental conditions, and is mediated by the chaperones and their interaction with the ribosome. Upon relief from stress, the essential process of protein synthesis resumes.

“We think that this mechanism is also involved in neurodegenerative diseases, such as ALS, Alzheimer’s, Parkinson’s and Huntington’s diseases, among others,” she adds, “conditions in which proteins misfold and aggregate [accumulate and clump together]. We are currently studying how ribosome pausing is linked to these pathologies.” 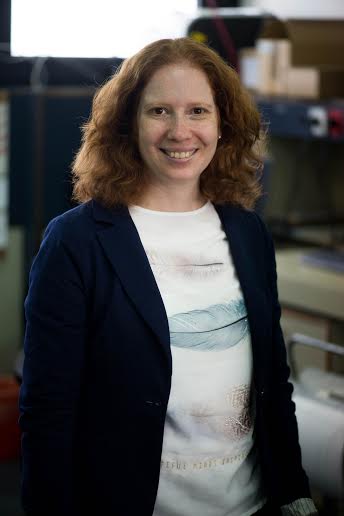 She has very good memories of her five post-doctoral years in Boston, during which her first daughter was born – but “I really wanted to come back to Israel, to my family and friends. The Technion gave me a very warm welcome, and last October we returned to Israel – thanks to the Technion. I came back from MIT with several cutting-edge research methodologies, which I brought with me to my new lab at the Faculty of Medicine.”

One of these methods involves high throughput screening of protein-protein interactions performed by a robot, which can screen thousands of protein pairs per day and produce quantitative information on the interactions between each pair of proteins. Assistant Professor Shalgi analyses this data using bioinformatics tools, and maps the control network that governs the cell’s translation system and the interactions among the proteins: “The robot enables me to map out entire protein networks rapidly, and I use bioinformatics tools to analyze the cross-talk between the components in this network, and translation regulators.

“In my lab we integrate biology with genome-wide methodologies and bioinformatics to study the cell as a system. Our unique approach is to look at the cell as a system in which every component must not only function properly on its own but also be coordinated with all other components.”

She never felt that she had to compromise her scientific or research excellence with the move from MIT to the Technion. “The Faculty and the Technion offer me the highest standards possible. It’s a very diverse faculty with a good, strong interface between clinical and scientific research. The Technion’s new major in Medical Sciences offers the Faculty’s students an opportunity to get to know the science and possibly become researchers. Everyone knows what a medical doctor does, but not everyone understands what it means to be a researcher, what it is that researchers actually do on a day-to-day basis. An M.D. treats patients with the tools available to them, but the development of a new drug or treatment requires in-depth understanding of the mechanisms that lead to the disease, and that’s what we as researchers aim for. Some medical doctors manage to do research alongside the clinic, but it’s the full-time researchers who can delve deeply into the processes that cause the disease.”