It would be possible to describe everything scientifically,
but it would make no sense – it would be without meaning,
as if you describe a Beethoven symphony as a variation of wave pressure.
Albert Einstein

The unit supports the division’s goals by producing events and visits according to Technion’s spirit of innovation and excellence.
The Visitors Center hosts a wide variety of visits including Academic, Business and Official delegations as well as tourist from all over the world.
The department of Ceremonies and Events plans and carries out academic ceremonies and special events. The department also produces donor related ceremonies and inaugurations as well as plaques, to recognize the generosity of individuals who have been associated with the Technion over the years.. 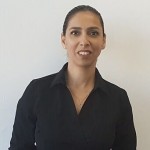 Zohar joined Technion after serving in the Israel Air Force for 25 years, in various administration and management positions.

In her last position, she served as Head of Foreign Affairs and Protocol, leading the unit responsible for hosting official delegations and producing formal events.

Zohar holds a BA and an MHA degree from Ben Gurion University’s Department of Management.

She lives in Haifa, is married to Dr. Mike Nathanson and has 2 sons.

Head of the center