Deciphering the Rapid Activity of a DNA Repair Enzyme

Maintaining the integrity of the genome is essential for the function and survival of all organisms. However, it is threatened by a broad spectrum of endogenous and environmental factors that create thousands of daily DNA damage events in every cell. The most severe of these events are the double-strand breaks (DSBs), which can cause deleterious mutations and cell death. In response to these events, cells have evolved sophisticated repair mechanisms. In bacteria, DSB repair is initiated by RecBCD, an enzyme that uses the energy supplied by ATP molecules to forcibly “unwind” the double-helical structure of DNA in the region of the damage, in preparation for subsequent steps required for complete repair of the DNA. 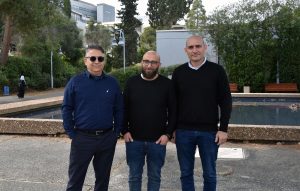 RecBCD unwinds DNA at an exceptionally rapid rate of ~1,600 steps per second, which requires thousands of ATP molecules every second. How RecBCD achieves this rate – and in particular how ATP molecules are able to reach their specific catalytic sites in RecBCD at such a rapid rate – has not been well understood. Now, however, a paper just published in Nature Communications by the research groups of Professors Arnon Henn and Ariel Kaplan, both from the Technion – Israel Institute of Technology Faculty of Biology, sheds light on RecBCD’s exceptional catalysis mechanism. Using a wide range of biophysical tools combined with live cell experiments, Dr. Rani Zananiri, Dr. Sivasubramanya Mangapuram, and Dr. Vera Gaydar discovered the existence of additional ATP binding sites in RecBCD, to which ATP binds and from which it is transferred to the canonical catalytic sites. These new sites effectively create a “funnel” for ATP, which serves to increase the flux of ATP to the catalytic sites, despite the low levels of ATP present in cells during DNA damage. 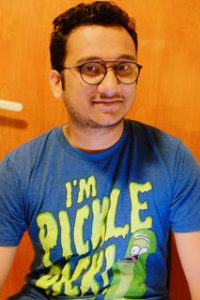 DNA damage repair plays a central role in the physiology of cells and exhibits profound similarities across evolution. Hence, the newly discovered mechanism may have implications not only for enzyme catalysis per se, but also for DNA repair in our own cells, and its disruption in various pathophysiological states.