When do waves break? Researchers from the Technion – Israel Institute of Technology Faculty of Civil and Environmental Engineering and the University of Melbourne respond to this question in an article in Physics Fluids. They predict that the study’s findings will help improve our understanding of the dynamics of waves breaking, significantly improve wave prediction capabilities and enable advances in applications including safety and efficiency of maritime navigation and structures, harvesting of renewable energy, climate research, and more.

The study was conducted by Technion Professor Dan Liberzon, Ph.D. student (in the Inter-Faculty Program for Marine Engineering) Sagi Knoblerand, and Ph.D. student Ewelina Winiarska, in collaboration with Professor Alexander Babaninof the University of Melbourne, Australia. 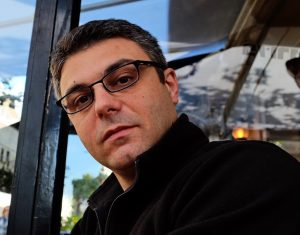 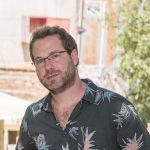 One of the currently accepted paradigms of waves study is that a wave breaks when it reaches a threshold steepness – a steepness at which the wave can no longer maintain its form and collapses. But the findings by the Technion and the University of Melbourne researchers show that this approach is wrong, and that there is no absolute threshold steepness beyond which any wave is doomed to break. The team’s findings were made possible by the development of a new method for accurate detection of breaking waves, developed in recent years in Prof. Liberzon’s laboratory. The study is based on data collected in a series of observations and experiments in the Black Sea and in laboratory conditions in the 17.4-meter-long wind-wave flume at the Technion Sea-Air Interactions Research Laboratory (T-SAIL) headed by Prof. Liberzon.

“Breaking of sea waves is one of the most intricate scientific problems in fluid mechanics,” explains Prof. Dan Liberzon. “No-one doubts there is a connection between the steepness of the wave and the inception of breaking, but we show that the picture is more complex, making it impossible to predict the breaking of the wave based on its steepness alone. The breaking depends on many complex parameters – the intensity of the wind blowing over the waves, the speed of the wave peak propagation, and so on. During this complex evolution of the wave, it becomes highly asymmetric both horizontally and vertically. The collapse of the wave begins with the formation of a ‘bump’ at the frontside of the wave, from which, depending on the combination of many of the factors previously mentioned, the wave breaks either intensely or gently. In the current study, we were able to produce detailed statistics of many features for breaking and non-breaking waves, using combined experimental data both from the laboratory wind-wave flume at the Technion and waves data from the Black Sea. These detailed statistics will serve as the basis for forecasting which waves will break and when.”

Prof. Alexander Babanin is a member of the Department of Infrastructure Engineering at the University of Melbourne, Australia. He is a researcher of sea waves and currents and an expert in marine engineering.