The effectiveness of the booster vaccine in lowering viral loads wanes over 2-4 months, mirroring the rate of waning following the second dose

Researchers from Maccabi KSM Research and Innovation Center, in collaboration with researchers from the Technion, found that the effect of the COVID-19 booster shot on lowering the viral load is waning, similar to the second dose of the vaccine

According to Dr. Tal Patalon, Head of Maccabi Research and Innovation Center: “In light of the spread of the Omicron variant, it is highly recommended that at-risk populations follow the recommendations of the Ministry of Health. We researchers, along with healthcare policy representatives, have to continue monitoring the spread of the virus; its short- and long-term implications, and to manage this global epidemic wisely.”

“The results suggest a significant decrease in the effectiveness of the vaccine against the transmission of the virus, and this decline may be affecting the spread of the virus in the community”

According to Prof. Roy Kishony from the Technion’s Faculty of Biology: “In previous studies, we have seen that the vaccine and the booster not only reduce the chances of getting the disease but also reduce the viral load in the body of those who are infected, thus apparently reducing further infections in the population. However, during our current work, we have seen that the protection of the vaccine against a high viral load decreases within a few months after the booster, similar to the decline we saw after the second dose. These results suggest a significant decrease in the effectiveness of the vaccine against the transmission of the virus, and this decline may be affecting the spread of the virus in the community.” 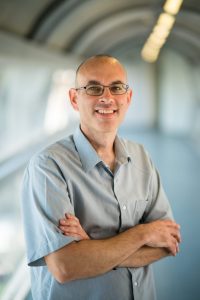 This is the sixth study on coronavirus as part of collaborative work between the researchers. The study was led by Dr. Tal Patalon and Dr. Sivan Gazit from the Maccabi Research and Innovation center together with Prof. Kishony, Matan Levine-Tiefenbrun and Dr. Idan Yelin from the Technion Faculty of Biology and the Lorry I. Lokey Interdisciplinary Center for Life Sciences and Engineering.

The study was carried out on anonymized data with the approval of the IRB Committee and included over 21,000 positive tests from Maccabi members over the age of 20. The period studied was between June 28 and November 29, 2021 – five months during which Delta was the dominant strain in Israel, prior to the onset of Omicron.

The researchers note that the study has some limitations. Firstly, the study refers solely to the effect of the booster on the viral load and does not examine the efficacy in preventing the disease; that is, it does not determine if the protection against infection is similarly waning. Secondly, although viral load is a common indication of the presence of the virus, the correlation between the viral load and infection is not fully established. Thirdly, differences in public behavior may affect the timing in which people are tested, and since viral load is associated with the time after infection, such differences may skew the results of the study. 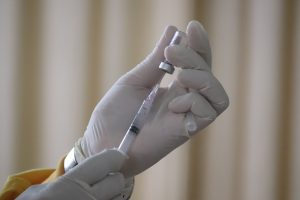