Technion researchers have developed a material model with unusual properties, with potential applications in acoustic cloaking

Who hasn’t sometimes wished for an invisibility cloak? When looking at an object covered by an invisibility cloak, one would see the things behind it, as if light were passing through it, rather than hitting it and bouncing back to the viewer’s eye. The object would thus be rendered invisible. Acoustic cloaking is similar, except that it aims to hide an object from sound waves. Sound goes around the object rather than colliding it and bouncing off it. An acoustic cloak can have multiple applications, from military to oceanography and medical imaging.

Researchers in the Faculty of Mechanical Engineering at the Technion have developed a new physical model that manipulates the propagation of acoustic waves and elastic waves – thus bringing us closer to acoustic cloaking by controlling the waves created by hidden objects. This model that may potentially impact additional applications, including enhanced sensing and energy focusing. The development, which was published in Wave Motion, was headed by Professor Gal Shmuel and postdoctoral fellow Dr. René Pernas-Salomón, in collaboration with Rutgers University Professor Andrew Norris and Professor Michael Haberman of Texas A&M University.

A schematic drawing of the system, presenting the electromomentum effect. When an asymmetric engineered element is subjected to incoming waves (blue arrow in the figure), it transmits part of the wave (green arrow) and reflects another part (red arrow). By controlling the electric boundary conditions (open circuit on the right; closed circuit on the left), we control over the phase of the reflected waves, in a way that is different for rightward- and leftward incoming waves.

As part of their research, the Technion team developed a new class of metamaterials – artificially engineered materials that exhibit properties not found in natural materials. Metamaterials derive their properties from their engineered microstructure. One example of a metamaterial property is a negative effective mass, which models materials moving in the opposite direction to the force applied to them. 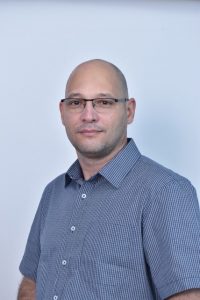 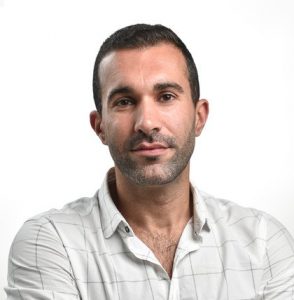