Two new asteroids discovered by Technion student Aseel Nama of the Faculty of Biomedical Engineering will be named after her. Nama’s discovery came as part of NASA’s asteroid-hunting campaign. 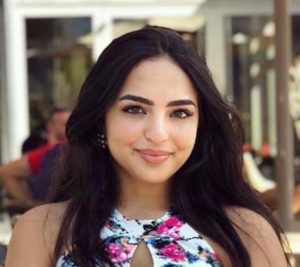 “I really wanted to take part in this campaign, which is a kind of competition, but NASA insisted that I recruit a team of three people. I explained that I wasn’t able to recruit anyone else, but that this is my dream. Finally, I convinced them to let me compete. It turns out I was the only one-person team and the only Israeli among 116 teams worldwide.”

Haifa-based Nama grew up in Deir al-Asad in the Galilee region. Her studies involve the mastery of segmentation – the division of images into sections – in the laboratory of Prof. Dan Adam. She credits that skill for the asteroid discoveries. “I got a set of photos and videos from NASA to search for new asteroids,” she explains. “I called my ‘team’ ANI (Aseel Nama Israel) and the asteroids I discovered will be called ANI1801 and ANI2001.”