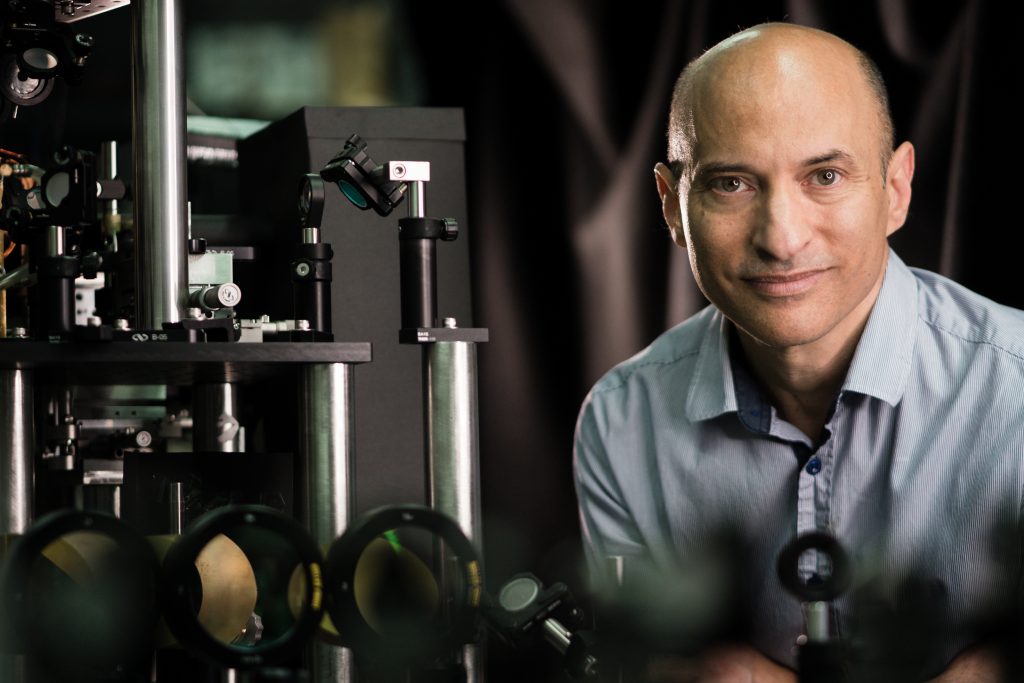 Stephen Hawking predicted that a black hole – a celestial object with such strong gravity that nothing can escape its grip – radiates like an ordinary warm object (a “black body,” which emits constant radiation that depends solely on its temperature), like a star. As such, not only should black holes emit radiation, but this “Hawking radiation” from a black hole should be constant over time, like the radiation from a black body. The temperature of the Hawking radiation is determined by the surface gravity. The stronger the force of gravity on the surface of the black hole, the higher the temperature. Though Hawking’s prediction is almost 50 years old, it has not yet been measured in real (celestial) black holes due to the very low Hawking radiation temperature expected, at the nano Kelvin scale or lower.

The group led by Professor Jeff Steinhauer of the Technion Physics Department created a sonic black hole – a system from which sound waves cannot escape, in analogy with real black holes from which not even light can escape beyond a spherical surface termed the event horizon. In a January 4, 2021 paper in Nature Physics, the group showed that stationary Hawking radiation is indeed emitted from a sonic black hole. They measured 97,000 repetitions of the experiment, corresponding to 124 days of continuous measurement, and observed spontaneous Hawking radiation at six different times after the formation of the sonic black hole, and verified that the temperature and strength of the radiation remained constant.

“The experimental results of Professor Steinhauer are of great importance and interest,” said Professor Amos Ori, also of the Technion Physics Department and an expert in the field of general relativity and black holes. “Jeff measures stationary Hawking radiation emitted from a sonic black hole, in agreement with Hawking’s theoretical prediction. This gives very significant experimental support to Hawking’s analysis, which gets experimental approval for the first time in Jeff’s experiments.”

“At the same time,” added Prof. Ori, “the present experiment also showed that after a certain period, the radiation emitted from the system begins to intensify significantly, probably due to the development of stimulated radiation following the formation of the inner horizon. This is a phenomenon that is no longer included in Hawking’s analysis, so it is much more interesting to me.  The phenomena observed in this experiment immediately raise the following question: Can real black holes also emit strong stimulated radiation, as Jeff’s sonic black hole did in the experiment? To me, this is a fascinating question and is of critical importance to the physics of black holes as well as astrophysics and cosmology.”

These ground-breaking measurements give the scientific community valuable insights regarding the nature of black holes, sonic and celestial. “Our new long-term goal”, concluded Prof. Steinhauer, “is to see what happens when one goes beyond the approximations used by Hawking, in which the Hawking radiation is quantum, but spacetime is classical.  In other words, we would take into account that the analogue black hole is composed of pointlike atoms.”