Diagnosis of cardiac disorders based on automated analysis of routine electrocardiography

Technion researchers, together with colleagues in Russia, have developed a technology for the accurate diagnosis of cardiac disorders based on automated analysis of routine electrocardiography 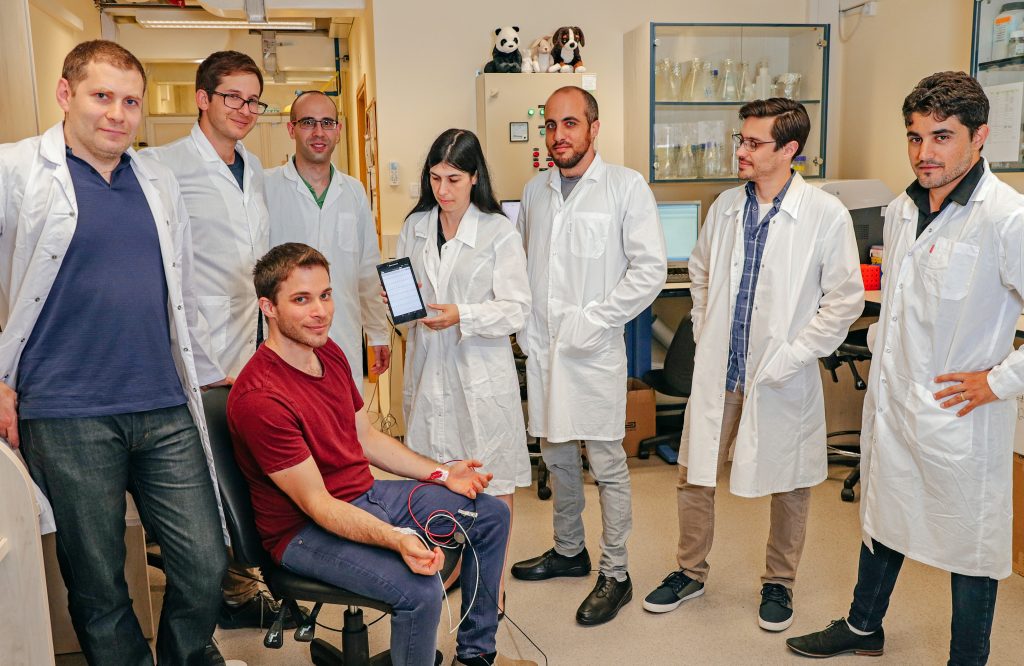 Technion-Israel Institute of Technology researchers have developed a technology for the accurate detection of heart problems, based on routine electrocardiography. They have also built a database and an analytic tool that will provide doctors and other users with an automated diagnosis of a combination of eight common types of heart disease, quickly and with unprecedented accuracy.

The study, published in Nature Research’s Scientific Reports, was headed by Professor Yael Yaniv, Director of the Bioelectric and Bio-energetic Systems Laboratory in the Faculty of Biomedical Engineering at the Technion, Professor Assaf Schuster, co-chair of the Technion Center for Machine Learning and Intelligent Systems (MLIS), and doctoral student Vadim Gliner of the Taub Faculty of Computer Science. Vladimir Markov, head of the Laboratory for Systems Programming at Novgorod University and Arutyun Avetisyan, director of the Institute of Systems Programming at the Russian Academy of Sciences in Moscow partnered in the study.

Electrocardiography (ECG) is the most commonly used technology for the diagnosis of changes in heart function. It was first demonstrated in 1903, granting its inventor, Willem Einthoven, the Nobel Prize in Physiology or Medicine in 1924. As opposed to the first electrocardiogram machine, which weighed more than 250 kilograms, today’s machines are mobile devices, which, on the basis of a quick test, deliver data on the condition of the heart, including arrhythmia and other disorders. The non-invasive test measures the electrical signals generated by the heart muscle tissue through the use of external electrodes placed in 12 locations on the body, which deliver measurements from 12 different angles (“leads”). Thanks to the relative simplicity of the test and the low cost of the device, the test is available even in small, remote clinics.

But despite the significant development of ECG technology and the reduction of the size of the device to the dimensions we know today, there has been no change in the method used to interpret the results. They continue to be interpreted by a cardiologist who reads the printout. Naturally, this method involves subjective elements, and it is therefore no wonder that different cardiologists are likely to reach different clinical conclusions on the basis of the same printout.

This being the case, interpretation is the bottleneck that has been a source of preoccupation for many research teams around the world. Attempts to automate interpretation began as early as 1957, mainly in the context of ventricular fibrillation, but the performance of these systems was unimpressive. Even the introduction of AI has so far led only to the analysis of one printout at a time and has not delivered an especially high level of accuracy. As a result, the risk of underdiagnosis of critical heart disease remains unresolved.

That is why the technology developed by the Technion researchers and their Russian colleagues is such good news: it demonstrates unprecedented accuracy in the interpretation of numerous ECG results and delivers a diagnosis of different cardiac disorders simultaneously. The technology automatically analyzes the ECG results (or scanned images of the signals) based on augmented neural networks – one of the most efficient tools in the AI world. These networks learn different patterns by being trained on numerous samples, and the system developed by the research team was trained on over 40 thousand standard ECG recordings – ECGs performed on more than 6,800 patients in 11 hospitals.

The tens of thousands of recordings were reviewed and interpreted by cardiologists, who classified them according to nine different categories – normal heart function and eight clinical disorders. The new system demonstrated 96% average accuracy in diagnosing the various conditions, compared to 80% for currently available algorithms. The new system monitors all clinical conditions with an accuracy level that is higher than that achieved by its predecessors: ventricular fibrillation, for example, was diagnosed with 98% accuracy compared to 92% for currently available algorithms. Left bundle branch block (LBBB) – blockage of electrical impulses to the heart’s left ventricle – was diagnosed with 100% accuracy versus 85%. Normal heart function was diagnosed with 96% accuracy compared to 82%.

The achievement demonstrated by the Technion researchers paves the way for the early detection of heart disease, including in reliance on photographs of the recording on a smartphone. The researchers emphasize that the system does not replace the physician, but rather provides a form of “second opinion” and is likely to detect problems that a human review of the recordings, no matter how professional, is liable to miss.

As mentioned, the Technion researchers have developed an open-source database for the benefit of doctors and other users. The research project was supported by the Ministry of Science and Technology, Russian Foundation (RFBR), and the Yad Hanadiv Foundation.