Cracking the Mystery of How the Brain Achieves Skilled Movement

Survival depends on our ability to move. Whether it be to acquire food, eat, take care of our offspring, or protect ourselves, the coordinated movements we make daily require subconscious adjustments and adaptation to changes in the environment or our bodies. The brain must learn from previous movements and use that information to correct current and future movements. However, little is known about how neurons in the motor cortex – the part of the brain that directs skilled movement – process and apply experience to achieve coordinated and essential skilled movement.

A study, published recently in the journal Neuron, addresses research questions that include whether the neurons (nerve cells) register the reward (food), the movement, or both, and how the neurons track positive or negative task outcomes irrespective of actual reward or movement. The study also uncovers new information on the cell-type-specific organization in this part of the brain, and its use for motor control and learning skilled movements.

The researchers used a dexterity task in mice – reaching and grasping for food – and monitored what was happening in the mouse primary motor cortex (M1) where motor plans are being learned and controlled.

The experimental techniques used were versatile and encompassed biological and computational methods that included imaging, genetic, behavioral, and advanced computational tools. The study was made possible through the collaboration of a multidisciplinary team of Technion researchers led by Professors Jackie Schiller and Omri Barak of the Technion Rappaport Faculty of Medicine and lead students Shahar Levy and Maria Lavzin, together with Professors Ronen Talmon and Ron Meir and postdoc Hadas Benisty from the Andrew and Erna Viterbi Faculty of Electrical Engineering at the Technion. The Technion team also collaborated with Dr. Adam W. Hantman of the Howard Hughes Medical Institute, where Prof. Schiller and her student Maria Lavzin spent a sabbatical year and conceived the project to delve into the unknown brain mechanisms that allow a mouse to learn complex movements.

The team discovered two different neuron populations that reported successful or failed behavior attempts. This indicated a global assessment of motor performance rather than specific kinematic parameters or reward. They also discovered that the task outcome (in this case whether the mouse achieved food) is “remembered” by the neurons and affects the initial state activity of the neurons for the next trial, and that activity in this area of the brain is necessary after the task in order for movement adaptation to occur.

Prof. Schiller postulates that the use of performance outcome signals task success or failure, rather than specific kinematic parameters or reward, may be a key reason for why the M1 is essential for skilled dexterous behaviors. The researchers also observed that outcome evaluation (carried out by neurons in M1 layer 2–3) is distinct from movement generation (carried out by neurons in M1 layer 5). They theorize that this separation may be beneficial in some way, as it can allow different plasticity rules to operate in different networks. According to Prof. Schiller, just as artificial deep neural networks use layer separation to increase computational efficacy, the evaluation and movement separation in the motor cortex may serve a similar purpose.

The researchers’ discoveries have furthered medicine’s insight into what happens in the cerebral M1 cortex when learning skilled movement. They plan to continue the research with the hope that the findings will lead to the development of new treatments for brain diseases.

“In the future we would like to find out, for example, which brain pathways are involved in activating these cells and how these signals can be used, in combination with machine-brain interfaces, to improve movement in patients, such as those suffering from Parkinson’s disease,” said Prof. Schiller. 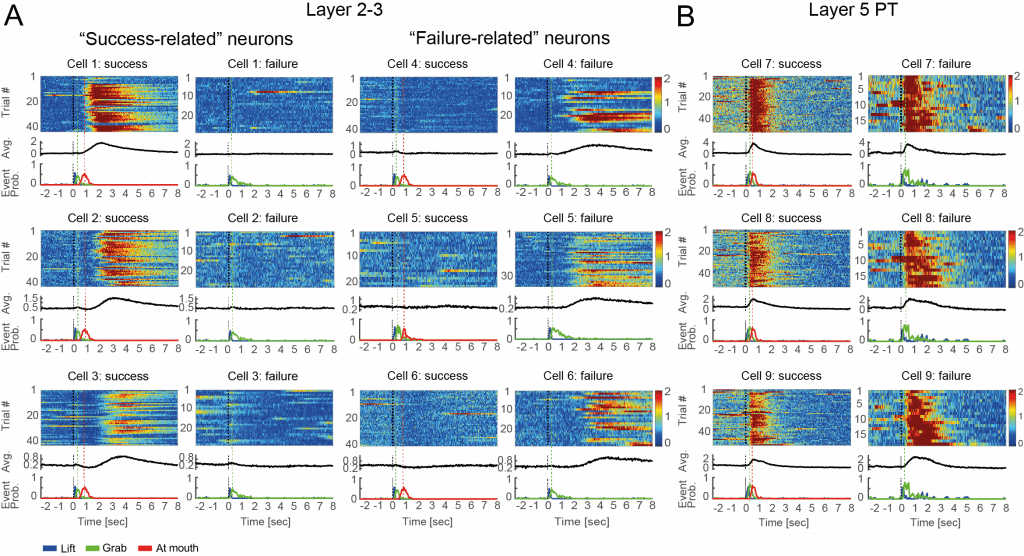