A resonator is a device that traps waves and enhances or echoes them by reflecting them from wall to wall in a process called resonant enhancement. Today, there are complex and sophisticated resonators of various kinds throughout the world, as well as simple resonators familiar to all of us. Examples of this include the resonator box of a guitar, which enhances the sound produced by the strings, or the body of a flute, which enhances the sound created in the mouthpiece of the instrument.

The guitar and flute are acoustic resonators in which the sound reverberates between the walls of the resonator. In physics, there are also optical resonators, such as in laser devices. A resonator is, in fact, one of the most important devices in optics: “It’s the transistor of optics,” said Prof. Carmon.

Generally speaking, resonators need at least two mirrors to multiply reflected light (just like at the hairdressing salon). But they can also hold more than two mirrors. For example, three mirrors can be used to reflect the light in a triangular shape, four in a square, and so on. It is also possible to arrange a lot of mirrors in an almost circular shape so that the light circulates. The more mirrors in the ring, the closer the structure becomes that of a perfect circle.

But this is not the end of the story, as the ring restricts the movement of light to a single plane. The solution is a spherical structure, which allows light to rotate on all planes passing through the center of the circle, regardless of their tilt. In other words, in three-dimensional space.

In the movement from physics to engineering, the question arises of how to produce a resonator as close as possible to a sphere that is clean, smooth, and gives the maximal number of rotations for optimal resonance. It is a challenge that has engaged many research groups and has yielded, among others, a tiny glass resonator in the shape of either a sphere or ring, which is held next to a narrow optical fiber. An example of this was presented by Prof. Carmon two years ago in Nature.

Here, there was still room for improvement, as even the stem that is holding the sphere creates a distortion in its spherical shape. Hence, the desire was born to produce a floating resonator – a resonator not held by any material object.

The world’s first micro-resonator was demonstrated in the 1970s by Arthur Ashkin, winner of the 2018 Nobel Prize in Physics, who presented a floating resonator. Despite the achievement, the research direction was soon abandoned. Now, inspired by Ashkin’s pioneering work, the new floating resonator exhibits a resonant enhancement by 10,000,000 circulations of light, compared to about 300 circulations in Ashkin’s resonator.

In a resonator made of mirror that reflects 99.9999% of light, and in which the light will rotate about a million revolutions or “round trips.” According to Prof. Carmon, “If we take light that has a power of one watt, similar to the light of the flash on a cell phone, and we allow it to rotate back and forth between these mirrors, the light power will be amplified to about a million watts – the power is equal to the electricity consumption of a large neighborhood in Haifa, Israel. We can use the high light output, for example, to stimulate various light-matter interactions at the region between the mirrors.”

In fact, a million watts are made up of the same single particle of light that travels back and forth through matter, but the matter does not “know” that it is the same particle of light that moves repeatedly through the matter,  since photons are indistinguishable. It only “feels” the great power. In a device of this type it is also important that the million watts pass through a small cross-sectional area. Indeed, the device developed by Kher-Alden conducts light in 10 million circular trips, in which the light is focused on a beam area 10,000 times smaller than the cross-sectional area of a hair. In doing this, Kher-Alden has achieved a world record in the resonant enhancement of light. 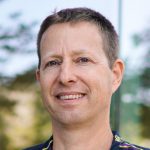 The resonator developed by Technion researchers is made of a tiny drop of highly-transparent oil of about 20 microns in diameter – a quarter of the thickness of a strand of hair. Using a technique called ‘optical forceps,’ the drop is held in the air using light. This technique is used to hold the drop in the air without material support – which may damage its spherical shape or soil the drop. According to Prof. Carmon, “This ingenious optical invention, the optical forceps, is used a lot in life sciences, chemistry, micro-flow devices and more, and it is precisely the optical researchers who hardly use it – a bit like the cobbler walking barefoot. In the present study, we show that optical forceps have enormous potential in the field of optical engineering. It is possible, for example, to build an optical circuit using multiple optical forceps that hold many resonators and control the position of the resonators and their shape as needed.”

The tiny dimensions of the drop also improve spherical integrity, because gravity hardly distorts it, since it is marginal in these dimensions relative to the surface-tension forces at the liquid interface which give it a spherical shape. In the unique system developed by Technion researchers, the drop of oil is held by a laser beam and receives the light from another fiber, which also receives the light back after it has passed through the resonator. 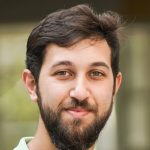 Based on the properties of the light returning to the fiber, researchers can know what happened inside the drop. For example, they can turn off the light entering the resonator and examine how long a photon will survive in the resonator before it fades. Based on this data and the speed of light, they can calculate the number of rotations the photon makes (on average) in a drop. The results show a world record in light amplification: 10,000,000 rotations that pass through a cross-sectional area of about a micron squared, increasing the light 10 million times.

Click here for the paper in Physical Review X