Researchers at the Technion – Israel Institute of Technology have developed precise radiation sources that may replace the expensive and cumbersome facilities currently used for such tasks. The suggested apparatus produces controlled radiation with a narrow spectrum that can be tuned with high resolution, at a relatively low energy investment. The findings are likely to lead to breakthroughs in a variety of fields, including the analysis of chemicals and biological materials, medical imaging, X-ray equipment for security screening, and other uses of accurate X-ray sources.

Published in the journal Nature Photonics, the study was led by Professor Ido Kaminer and his master’s student Michael Shentcis as part of a collaboration with several research institutes at the Technion: the Andrew and Erna Viterbi Faculty of Electrical Engineering, the Solid State Institute, the Russell Berrie Nanotechnology Institute (RBNI), and the Helen Diller Center for Quantum Science, Matter and Engineering.

The researchers’ paper shows an experimental observation that provides the first proof-of-concept for theoretical models developed over the last decade in a series of constitutive articles. The first article on the subject also appeared in Nature Photonics. Written by Prof. Kaminer during his postdoc at MIT, under the supervision of Prof. Marin Soljacic and Prof. John Joannopoulos, that paper presented theoretically how two-dimensional materials can create X-rays. According to Prof. Kaminer, “that article marked the beginning of a journey towards radiation sources based on the unique physics of two-dimensional materials and their various combinations — heterostructures. We have built on the theoretical breakthrough from that article to develop a series of follow-up articles, and now, we are excited to announce the first experimental observation on the creation of X-ray radiation from such materials, while precisely controlling the radiation parameters.” 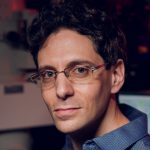 Two-dimensional materials are unique artificial structures that took the scientific community by storm around the year 2004 with the development of graphene by physicists Andre Geim and Konstantin Novoselov, who later won the Nobel Prize in Physics in 2010. Graphene is an artificial structure of a single atomic thickness made from carbon atoms. The first graphene structures were created by the two Nobel laureates by peeling off thin layers of graphite, the “writing material” of the pencil, using duct tape. The two scientists and subsequent researchers discovered that graphene has unique and surprising properties that are different from graphite properties: immense strength, almost complete transparency, electrical conductivity, and light-transmitting capability that allows radiation emission an aspect related to the present article. These unique features make graphene and other two-dimensional materials promising for future generations of chemical and biological sensors, solar cells, semiconductors, monitors, and more.

Another Nobel laureate that should be mentioned before returning to the present study is Johannes Diderik van der Waals, who won the Nobel Prize in Physics exactly one hundred years earlier, in 1910. The materials now named after him – vdW materials – are the focus of Prof. Kaminer’s research. Graphene is also an example of a vdW material, but the new study now finds that other advanced vdW materials are more useful for the purpose of producing X-rays. The Technion researchers have produced different vdW materials and sent electron beams through them at specific angles that led to X-ray emission in a controlled and accurate manner. Furthermore, the researchers demonstrated precise tunability of the radiation spectrum at unprecedented resolution, utilizing the flexibility in designing families of vdW materials. 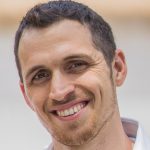 The new article by the research group contains experimental results and new theory that together provide a proof-of-concept for an innovative application of two-dimensional materials as a compact system that produce controlled and accurate radiation.

“The experiment and the theory we developed to explain it make a significant contribution to the study of light-matter interactions and pave the way for varied applications in X-ray imaging (medical X-ray, for example), X-ray spectroscopy used to characterize materials, and future quantum light sources in the X-ray regime,” said Prof. Kaminer.

Prof. Ido Kaminer joined the Technion faculty in 2018 and is the head of the AdQuanta Research Group and the Robert and Ruth Magid Electronic Beam Dynamics Laboratory, a faculty member at the Andrew and Erna Viterbi Faculty of Electrical Engineering, the Solid State Institute, the Russell Berrie Nanotechnology Institute (RBNI), and the Helen Diller Center for Quantum Science, Matter and Engineering.

The current study was conducted in collaboration with various units at the Technion, including researchers from the Schulich Faculty of Chemistry, the Faculty of Material Science and Engineering, and the following international institutions: The Barcelona Institute of Science and Technology (ICFO), ​​Arizona State University, Technical University of Denmark, and Nanyang Technological University of Singapore.

The study was supported by the European Union (ERC grant and H2020 grants), the Israel National Science Foundation (ISF), and the Azrieli Foundation.