Researchers at the Technion – Israel Institute of Technology and at the Shenkar Institute have developed an innovative drug delivery system that releases medical cannabis slowly to provide tailored treatment with a long-lasting effect. 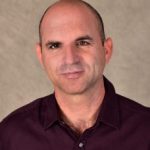 When medical cannabis is used today to treat conditions such as cancer-related pain, Parkinson’s, post-traumatic disorder, and epilepsy, it is usually inhaled or taken orally. But these methods have disadvantages. The entire amount enters the body all at once, resulting in a short-lived effect of just a few hours. And the decomposition of the treatment in the body depends on various factors, including the type of food consumed before.

Researchers at the Technion, led by Professor Dedi Meiri, along with scientists at Shenkar College of Engineering, Design, and Art, have developed a platform for the slow and controlled release of a full spectrum of cannabinoids into the body. Tiny polymer microbeads, called microdepots, are loaded with phytocannabinoids, the naturally occurring chemicals in cannabis. When injected into the patient, the microdepots gradually release a specific combination of phytocannabinoids over a period of two weeks or more. The result is a long-lasting effect that is tailored to its specific treatment targets, such as seizures.

“The idea is that we could possibly treat children with severe forms of epilepsy, where instead of being treated with oil twice a day, they can get an injection once a month,” said Shenkar’s Dr. Dan Lewitus of the college’s Polymer Engineering Department.

To prove the efficacy of this cannabis delivery technology, one set of mice was injected directly with oil extracts while a second set was injected with microdepots. One week later, epileptic seizures were induced in the mice. Researchers found the microdepots reduced the occurrence of tonic-clonic seizures, the most severe kind of seizure, by 40%. The microdepots also increased the seizure survival rate by 50%.

Cannabis treatment using similar microbeads currently exists, but is only suitable for specific cannabis molecules, not the full spectrum. Because individual cannabinoids are desirable for different treatments, the medical effects of previous microbeads were limited.

“In previous studies, we have found that, for the treatment of epilepsy, CBD-rich cannabis extracts are much more therapeutically effective than specific molecules,” said Prof. Meiri. “In other words, [this technology] is a whole lot greater than the sum of its parts … allowing for an enhanced therapeutic effect.”

Prof. Meiri’s Laboratory of Cancer Biology and Cannabinoid Research in the Faculty of Biology is the largest of its kind in academia, with 44 researchers developing methods for analyzing the active compounds in over 900 different types of cannabis plants. They work with cannabis growers to identify almost every strain of marijuana grown in Israel, with the goal of matching specific strains to the diseases it affects.

This research was supported by the Israeli Ministry of Economy Innovation Authority and was published in ACS Applied Materials & Interfaces.