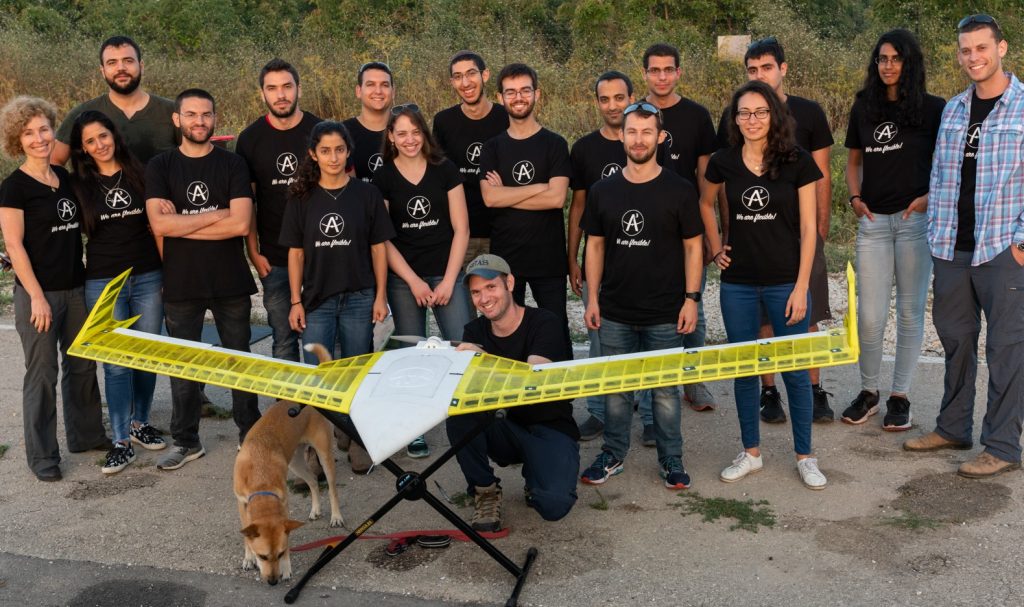 Students from the Technion Faculty of Aerospace Engineering conducted the successful maiden test flight of the A3TB (Active Aeroelastic Aircraft Testbed), an experimental platform for studying phenomena related to wing flexibility and future flexible aircraft design. The flight took place on May 15, two months after the project won the Student Project Competition in memory of Dr. Shlomit Gali, during the 60th Israel Annual Conference on Aerospace Sciences.

Designing modern aircraft includes numerous challenges, including the economic-environmental challenge of reducing fuel consumption and decreasing pollution. One of the solutions is designing lightweight aircraft structures with a large wingspan, thus reducing the drag forces. Lengthening the wings inevitably leads to increased flexibility, which spurs structural tremors and sometimes even a loss of stability. Engineering solutions, such as control mechanisms, require complex multidisciplinary R&D that combine mathematical and numeric models with simulations in the lab, as well as test flights essential for verifying performance. During these flights, one must also take into account the risk of crashing.

For this reason, there is a need for inexpensive and safe testing platforms which can be “sacrificed” at relatively low cost in both money and project time. With the A3TB platform, optimal production design can be presented at a high speed and low cost. This platform therefore signals a breakthrough in the design of a flexible wing platform manufactured using a 3D printer.

For the past two years, two groups of students at the Faculty of Aerospace Engineering have been developing an aeroelastic tester of this sort – a light aircraft whose wings are long and flexible, and whose performance can be evaluated during flight so that special control mechanisms can be designed to improve its performance, response to wind gusts, and stability.

The A3TB platform weighs 10 kg, and its wingspan is 3m. It was designed by two groups of students under the guidance of Dr. Lucy Edery-Azulay and Professsor Daniella Raveh, in collaboration with the Directorate of Defense Research and Development (DDR&D) at Israel’s Ministry of Defense. The first test flight that was conducted on May 15 demonstrated that the platform is capable of flying straight and horizontal at sea level, including maneuvers. This flight is an important milestone in the platform’s continued development.

According to Prof. Raveh, “The successful flight signals the starting point of an extensive program of research, testing, and design. The concept we developed, and the possibility of printing the entire aircraft on a 3D printer, offer considerable freedom in designing the airplane and an enormous cost advantage compared to airplanes made of composite materials or metals. Since it is a test airplane that is expected to crash at some point, these features make it possible to make many improvements without large investments. The group is currently working on an automatic control mechanism that will be installed on the second generation of the aircraft, A3TB-G2, in the next few months, and we hope to report on additional interesting results in the near future.”

Prof. Daniella Raveh completed all her academic degrees at Technion’s Faculty of Aerospace Engineering. She is an expert on aeroelastic phenomena. The aircraft being developed will serve as a platform for her continued research and its expansion.

Dr. Lucy Edery-Azulay received a B.Sc. and M.Sc. from Technion’s Faculty of Civil and Environmental Engineering and is an external lecturer at the Faculty of Aerospace Engineering. For more than 20 years, she has been working on applied R&D in industry in various fields: 3D printing, civil and military aviation, structural strength and advanced technologies. 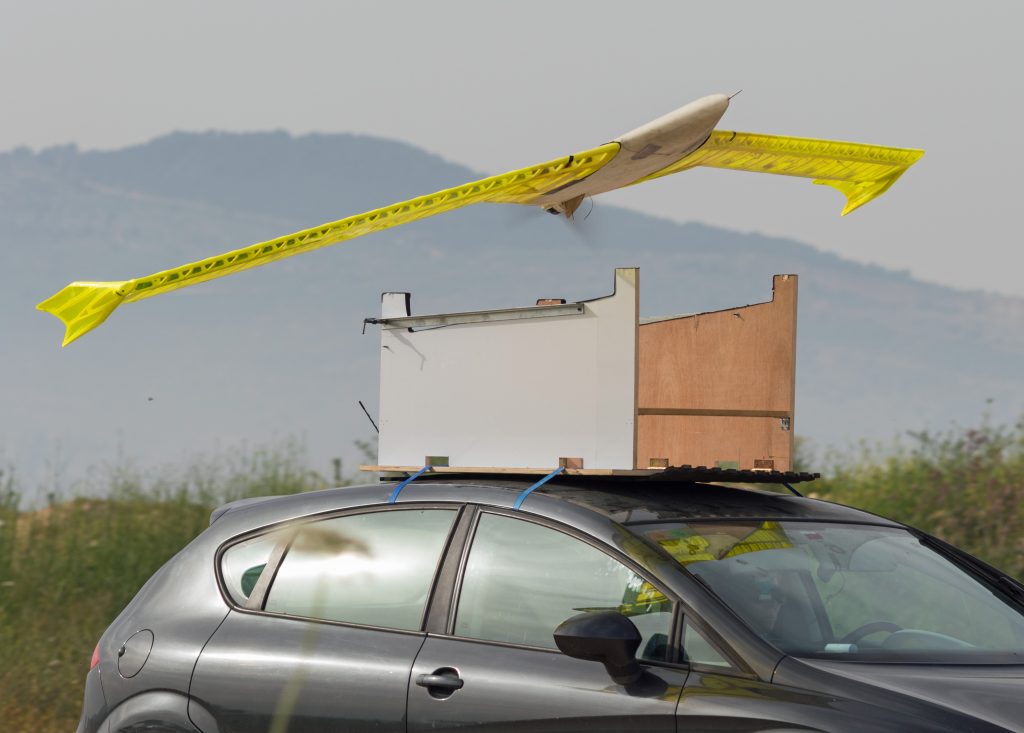