Technion researchers have developed a method for 3D imaging of nanometric processes, such as those in live flowing cells. The group, headed by Asst. Prof. Yoav Shechtman of the Faculty of Biomedical Engineering re-engineered an existing imaging machine worth hundreds of thousands of dollars. A result is a machine that produces 3D images of 1,000 cells per minute.

The research was led by postdoctoral researcher Dr. Lucien E. Weiss. The team’s findings were published in Nature Nanotechnology.

“Our goal is to enable 3D imaging within live cells under conditions that resemble their natural environment,” explained Asst. Prof. Shechtman. “No less important, we aim to do so at high throughput rates. It’s a huge challenge since 3D microscopy usually requires extensive amounts of time and some sort of scanning. Here we use single images while the cells are flowing.”

Experiments using the new system were carried out on DNA molecules of live yeast cells and white blood cells with engineered nanometric particles in collaboration with Prof. Avi Schroeder’s lab of the Wolfson Faculty of Chemical Engineering.

iagram of the unique machine constructed by the research group. Photo by courtesy of Nature & Lucien Weiss

“This success can have important applications in basic science, such as understanding DNA’s 3D structure in a living cell, and also in the field of nanomedicine, meaning medical treatment based on engineered nanometric particles such as those created in Prof. Schroeder’s lab,” explained Shechtman. “For example, the new technology will enable us to measure the absorption rate of therapeutic particles in live cells, track their dispersal in the cell, and monitor their effect on the cell. Today there are techniques for mapping and measuring cells, but those that provide high throughput only show a partial and 2D picture. Our technology combines the advantages of the various techniques and provides a 3D image at a high rate.” 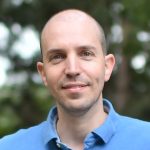 The innovative technology is based on the reengineering of ImageStream―a sophisticated imaging machine that was bought by the Lorry I. Lokey Interdisciplinary Center for Life Sciences and Engineering at Technion. This machine combines two different technologies―flow cytometry and fluorescent microscopy―making it possible to analyze cells at a rapid rate.

“The sampling rate and the number of cells sampled are very important in the biological context, since biology is typically ‘noisy’ and not precise, and in order to reach a conclusion it is necessary to have statistics for large quantities,” said Shechtman. “In certain cases, due to low sampling rates, it is impossible to collect this type of statistical information. By the time you finish collecting the data, the interesting phenomenon has already changed. Therefore, it is important to use a technology that enables high rates of sampling.”

ImageStream serves many purposes, including defining population attributes, diagnosing medical conditions, and testing new drugs. According to Shechtman, “It’s an excellent tool, but until now, it has only been used to record 2D images or projections of objects. For many applications, however, it is important to collect 3D data. For example, even if we just want to determine the distance between two particles, a 2D measurement is not sufficient, since the depth dimension also contributes to the distance.”

This was the main technological challenge in this research: transforming ImageStream into a 3D imaging system. 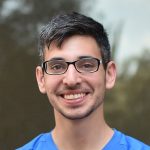 “To that end, we needed to ‘open the hood’ and assemble our unique optical system inside. Keep in mind that this is a machine that costs hundreds of thousands of dollars, and we couldn’t take for granted that the Lokey Center’s Imaging Unit would agree, but from the moment that we opened up the machine and looked inside, it was obvious what we needed to do it (without causing damage),” said Shechtman.

The research group installed the technology it has developed in recent years on the ImageStream ―technology for localization microscopy based on wavefront design. This is actually controlled distortion of the optical system so that the position of particles in 3D space can be mapped. This technology is based on imaging colored molecules embedded in the sample that mark important locations, such as cell nuclei. Using the shape obtained from the camera after it has passed through the distorted optical system, the machine analyzes the 3D location of the object being examined. To date, this technology has been used for 3D imaging of one or a few cells at a time, and connecting it to the cytometry instrument renders it capable of mapping flowing cells. This connection, which is in itself an enormous technological challenge, accounts for the successful sampling at an extremely high throughput―thousands of cells per minute.

The scientists expect that this technological achievement will lead to important scientific developments and applications in the fields of biological and biotechnological research, medical diagnostics, and the development of new medical treatments.

Asst. Prof. Yoav Shechtman and Dr. Lucien Weiss are both supported by the Mortimer B. Zuckerman STEM Leadership Program.

For the full article in Nature Nanotechnology click here