Micromachines can target and introduce molecules into single cells 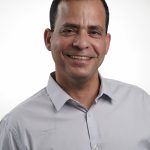 The current research has shown that by applying active particles as mobile microelectrodes, it is possible to control selective trapping, release and electroporation of single cells. This experimental tool for single-cell-based diagnosis of human disease and molecular biology can also serve as a new testing platform for cell therapies and targeted delivery.

“We successfully demonstrated, for the first time, that an external electric field can singularly trap and transport bacteria and selectively electroporate the trapped bacteria,” explains Prof. Yossifon. This approach is generic and is applicable to bacteria and metallodielectric Janus particles (where one hemisphere is conducting and the other dielectric), as well as to a wide range of cell types and micromachine designs. 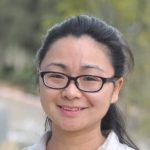 Electroporation is a prevalent microbiology technique in which an electrical field is applied to cells in order to increase the permeability of the cell membrane, allowing chemicals, drugs or DNA to be introduced into the cell. It is frequently used for introducing DNA into bacteria cells, where the cells then “copy” the DNA. Currently, electroporation is commonly applied to a large number of cells at the same time, and it is not possible to carry out the process on a single targeted cell. The method developed by Prof. Yossifon, however, can navigate to a specific cell, breach the cell membrane, and introduce the molecules to that cell.

Biologists will be able to manipulate single cells using this new tool, which has many advantages over other studied approaches using cumbersome external micro-manipulators. The new platform is multi-functional and can introduce molecules either to single targeted cells, when combined with magnetic steering, or to many cells in parallel when many such micro-swimmers are allowed to move autonomously, increasing the electroporation yield and improving the results. 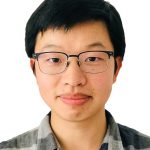 This innovative “lab-on-a-particle” like platform uses self-propelling carriers to further advance diagnostic testing and sample analysis. It boasts the advantages of the traditional lab-on-a-chip, such as portability and efficiency, but is able to overcome such challenges as complexity and predetermined design. Similarly to nanochannel electroporation, the mobile microelectrode is able to perform local electroporation on a smaller portion of the cell, so that it is minimally invasive. As a result, it is expected to result in a significantly higher reversible electroporation yield.

The new method has been proven in vitro on bacteria. Prof. Yossifon is now expanding his research to include mammalian cells and various cargos.