Assistant Professor Fuchs, a member of the Technion Faculty of Biology, researches the role of programmed cell death in physiological processes. His research paves new ways in regenerative medicine and tumor therapy. 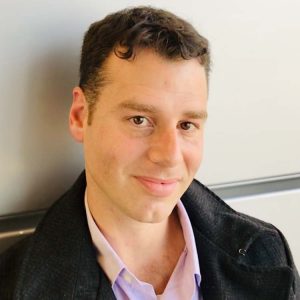 Assistant Professor Yaron Fuchs of the Technion Faculty of Biology is one of 27 scientists from all over the world selected as Young Investigators by EMBO – the European Molecular Biology Organization. Prof. Fuchs, the only Israeli in the current cycle, was accepted to the prestigious list for his achievements in “harnessing stem cell apoptosis for driving tissue regeneration.”

“Each of the new Young Investigators has demonstrated their ability to carry out research at the highest level, and it is a pleasure to welcome them to the EMBO community,” says EMBO Director Maria Leptin. “The first years as an independent researcher can be a particularly challenging time in a scientist’s career, and we look forward to supporting these twenty-seven researchers in establishing their independent careers.”

Prof. Fuchs deals with planned suicide (apoptosis) in stem cells – unique and relatively rare cells that produce different types of cells and therefore renew different tissues in the body. Over the years, many studies have focused on stem cell self-renewal and differentiation, however the apoptotic mechanism in these cells has barely been explored.

Prof. Fuchs’s research group discovered the role of different apoptotic proteins in different skin and intestinal stem cell populations and demonstrated that the apoptotic process can be harnessed to accelerate tissue healing after injury and reduce scar formation. The group also managed to create mini organs (organoids) in a dish, which can be used for transplantation and drug screening platforms. These discoveries pave the way for more effective treatment of various diseases and improved healing.

EMBO includes the leading researchers who promote excellence in the life sciences in Europe and abroad. The organization’s main goals are to support talented researchers at all stages of their careers, stimulate the exchange of scientific information, and help build a research environment where scientists can achieve their best work. The selected Young Investigators join a four-year program, during which the organization provides them with financial support, important professional relationships, mentorship by veteran researchers from the EMBO community, leadership training and access to the research infrastructure of the European Molecular Biology Laboratory (EMBL) in Heidelberg, Germany.

The research of Prof. Fuchs paves new ways in regenerative medicine and in treating wounds and cancerous tumors. For his various studies, he received this year’s Krill Prize from the Wolf Foundation, the Daniel Shiran Memorial Prize, and the Science & Sartorius Grand Prize for Regenerative Medicine & Cell Therapy for 2019. The American Association for the Advancement of Science (AAAS) awarded him the prize for his list of achievements which he described in an article in Science: “The therapeutic promise of apoptosis.”