Roni Ash and Dolev Ofri, students from the Viterbi Faculty of Electrical Engineering at the Technion–Israel Institute of Technology, have developed an innovative application expected to significantly assist the visually impaired and the blind. The app was presented at the 2018 ICSEE International Conference in Eilat, Israel, and won the Thomas Schwartz Outstanding Project Award. 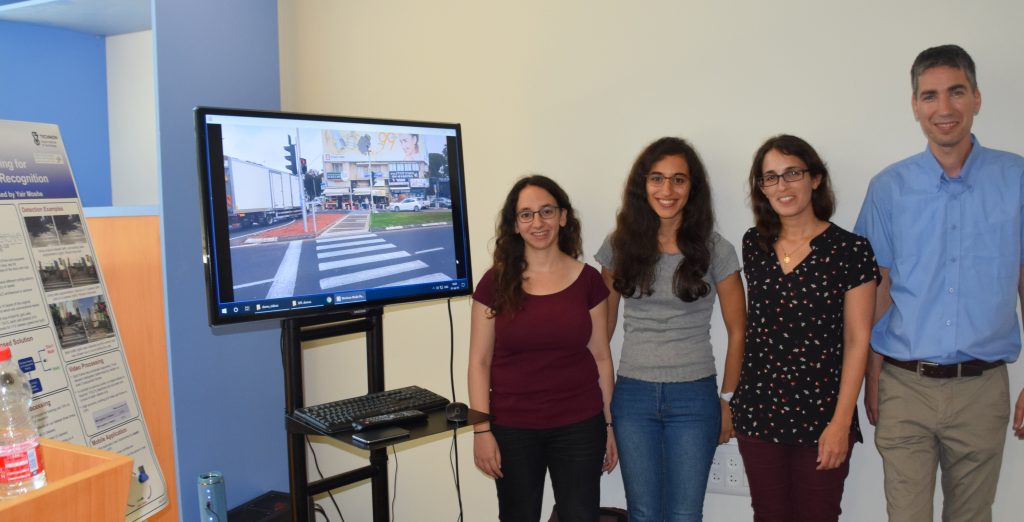 The app allows visually impaired pedestrians to safely cross the street at a traffic light. It recognizes the pedestrian traffic light and notifies the user of its color. The user is only required to point the phone camera in the desired general direction – it does not need to be accurate – and the app notifies him or her if it is possible to cross. The need for the development of such assistive technology is particularly great when it comes to a crosswalk where there is no audio indication for the blind.

The app’s high credibility is based on deep learning, training an artificial neural network that learns to identify the traffic light color based on a large set of traffic light examples. The dataset used for training the system was built by the students who developed the app as an undergraduate final project in the Signal and Image Processing Laboratory (SIPL) of the Viterbi Faculty of Electrical Engineering, headed by Professor David Malah and Laboratory Engineer Nimrod Peleg. They performed the project under the guidance of Laboratory Engineer Yair Moshe and also received help from student Ayelet Cohen. The project is a collaboration of the lab with the social hub at the Technion.

To increase awareness of using the app and demonstrate its use, its creators are shooting these days a short humorous video. The video will be directed by filmmaker Elad Kidan, an Ophir Award winner, who heard about the app and volunteered for the task.