The first detection of an interstellar asteroid/comet-like object visiting the Solar system two years ago has sparked the ideas about the possibility of interstellar travel. New research from the Technion–Israel Institute of Technology suggests that such objects also raise far-reaching implications about the origins of planets across the galaxy, and possibly even the initial formation of the Solar system itself. 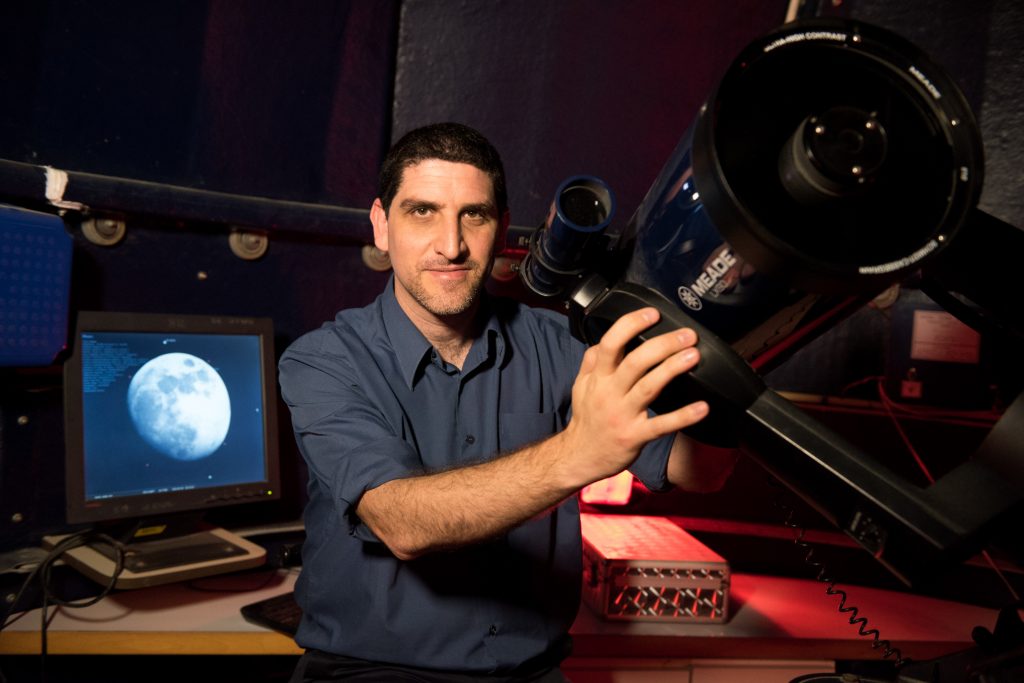 The asteroid/comet-like object named “’Oumuamua” confirmed decades-old scientific expectations that suggested that the interstellar medium is full of loose chunks of rock flying around. Such debris was thought to be ejected from planetary systems in the aftermath of planet formation, when large planets formed and kicked out some of the leftover minor-planets and planetesimals still lying around.  From time to time, some fraction of these ejected rocks can still encounter foreign stars. In fortunate instances, this phenomenon can be observed as it swooshes through the Solar system.

The Technion researchers, Evgeni Grishin, Hagai Perets and Yael Avni wondered what would have happened if these ‘Oumuamua-like interstellar rocks were flying around 4.5 billion years ago, when our star was young and wild, and a gaseous disk was present instead of our planetary system? Their findings could be critical to answering some of the biggest puzzles regarding planet formation and the origin of planets in the Solar system

Planets are formed in protoplanetary disks, mostly made of gas and dust. The dust grains are thought to grow into pebbles, coagulate into bigger planetesimals, and finally, form planets. Once the objects reach km-size, they can survive and eventually coagulate and accrete smaller rocks/pebbles as to form planetary embryos and full-fledged planets. The main obstacle for such growth appears to occur before km-size objects form, in the stage when smaller rock and pebbles initially form. Indeed, several culprits conspire to destroy pebbles and meter-sized boulders before they can ever grow into larger planetesimals. Such pebbles and rocks move through the gaseous disk in which they are initially embedded and experience a headwind that slows them down.  The continuous push of the headwind might eventually lead them to quickly spiral inward into the Sun and be destroyed. In addition, collisions between small pebbles can lead to their fragmentation into smaller pieces halting their growth into larger planetesimals. In other words, pebbles and small rocks encounter a so-called “meter-size barrier” in their ability to grow into even larger planetesimals.

Several models were suggested as to overcome the meter-size barrier, but these typically require fine-tuned conditions that are unlikely to exist in most planetary systems; nevertheless, it is common knowledge that most if not all stars host planetary systems. The question is then how this came to be.

In their recently published paper in the Monthly Notices of the Royal Astronomical Society, Grishin and collaborators showed that interstellar objects are the key. They suggested that most systems do not need to go through the difficult stage of forming km-size planetesimals. Instead, most systems can capture interstellar km-size planetesimals that were originally ejected from other planetary systems. But how can an object moving at tens of km per second velocity through a Solar system be captured? It turns out the answer is simple – the same headwind that drives small rocks to inspiral into their sun can slow down bigger, km-size interstellar planetesimals and thereby capture them into a newly formed protoplanetary disk.

Nature vs nurture: Where you live matters!

To estimate the odds of planetesimal seeding and its implications for planet formation, the researchers developed a mathematical and numerical model for capture probability, depending on the properties of the interstellar planetesimal population and the disc. They found capturing small pebbles is extremely efficient, and that capturing larger bodies is more challenging, but still reasonable.

In the dense regions of stellar clusters where tens, hundreds, or even thousands of stars are born and live in a small regions (the “Manhattan” of star formation), around 10^6 of ‘Oumuamuas are captured in the birth cluster, and the largest body captured can be as large as ~10 km.
In the galaxy’s countryside, the galactic field environment, capture is more challenging, but still around ~10^3 ‘Oumuamuas can be captured, and bodies up to ~1 km are captured per system – enough to serve as the seed for planet formation in each system.

One is enough, planetesimals bring joy and life!

The researchers summarize that only a small fraction of the stars in a cluster (less than 1%) are required to form the primordial planetesimals, which eventually seed the entire birth cluster of ~1000 stars. Roughly similar numbers are expected also for field environments. Both estimates are conservative. The interstellar reservoir, therefore, works in tandem with the main planet formation models, providing the initial seeds for many of the planetesimal formation models.

Another interesting side aspect is that biologically active material, in the form of bacteria, can survive the tough interstellar environment if the rock in which it is embedded is large enough (larger than a few cm scale). Although only a minute fraction of ejected rocks might harbor these hardcore bacteria, a  large number of such potentially biologically active rocks can be captured. This gas-assisted capture is a far more efficient mechanism for widespread panspermia, and most systems have probably gained their first life building blocks from somewhere else.