Students from Technion’s Viterbi Faculty of Electrical Engineering have developed an inexpensive and simple system to prevent leaving children alone in vehicles. 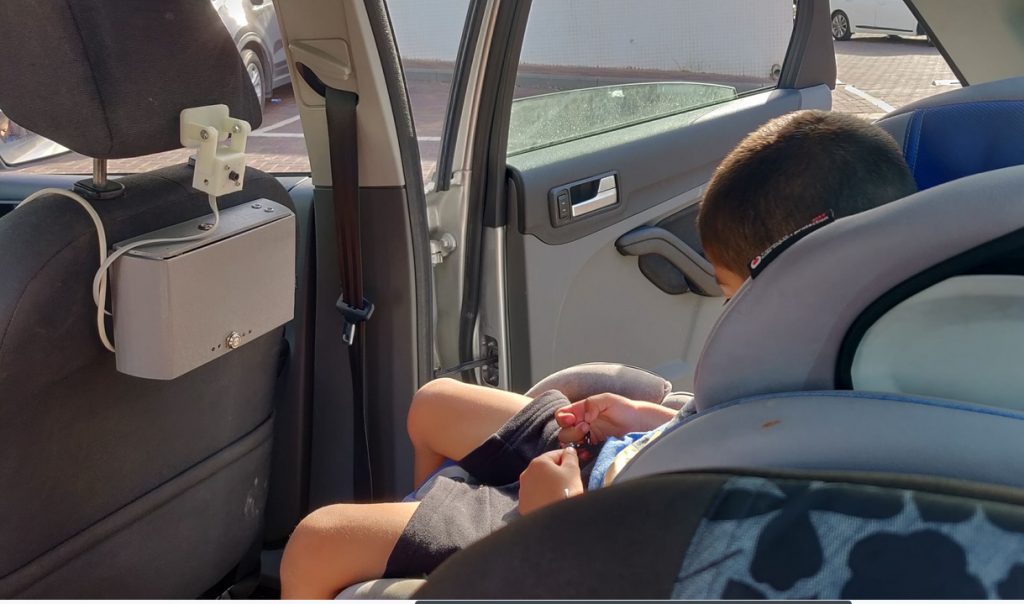 The system installed in the vehicle in front of the baby safety seat.

To mark the official end of the school year, the advanced system based on machine learning technology was created by Technion undergraduate students Adam Barhak and Assaf Yitzhak under the guidance of doctoral student Ayal Taitler and master’s degree student Dotan Shambi. The system has a number of advantages that are hard to find in existing systems – ease of use, simple installation, highly reliable and the low cost.

Leaving babies and toddlers in cars, the tragic consequences of which we are all familiar with is a human error that has occupied researchers for years. However, the various solutions offered to date, such as continuous monitoring of the weight placed on the car seat are unsatisfactory. 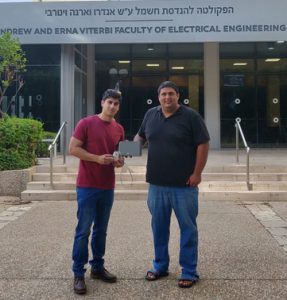 Barhak recalls, “We asked ourselves how was it possible that no effective technological solution has been devised for this problem. We decided that we needed to change direction and embark on a new concept – an advanced and cheap thermal sensor that transfers the data to a system that is able to learn, analyze and rapidly make correct decisions.”

The system developed by the two is based on a relatively simple and inexpensive thermal sensor installed opposite the baby seat in the back of the vehicle. The thermal sensor produces an image of the child and transfers the data to a tiny, inexpensive computer (Raspberry Pi), which processes the information and issues an alert. Additional variables are also assessed to prevent false alarms.

The system activates a sequence of alarms in a closed loop that expands according to time passed and the temperature of the vehicle. First, a warning light is turned on, followed by a warning beep and if necessary, notification by text messages to an expanding loop of contacts. The contacts will include rescuers who can remotely open the car doors and windows.

The system is easy to install, the sensor placed on the back of the front seat facing backward plugs into the cigarette lighter socket and can easily be transferred from one vehicle to another. The entire rear seat is monitored and an additional safety seat is not required.

The students are gratified that their main reward for developing the system will be the drastic reduction in the number of small children abandoned in vehicles.