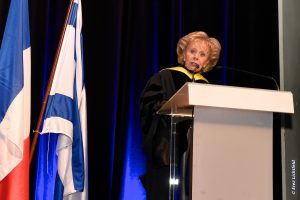 The honor was bestowed upon Madam Safra, “In acknowledgment of her charitable donations for highly important causes and to many institutions in Israel and around the world; for her outstanding support of the ISEF program that helped thousands of students throughout Israel, including hundreds within the Technion; for her generous support of the Faculty of Mechanical Engineering at the Technion; and for her great dedication that inspires others.”

Mrs. Lily Safra shared her commitment to caring for the less fortunate with her husband, Mr. Edmond J. Safra, one of the twentieth century’s most accomplished bankers and founder of the Edmond J. Safra Philanthropic Foundation. Since 1999 she has chaired this Foundation, which supports projects related to education, science and medicine, religion, culture, and humanitarian relief in over 40 countries.

She has initiated many educational projects in memory of her husband, including endowing the Edmond J. Safra Center for Ethics at Harvard University. A long and distinguished relationship with the Hebrew University of Jerusalem led to the naming of the Edmond J. Safra Campus. Mrs. Safra is Honorary Chairman of the Israel Scholarship Education Foundation, which she established with her husband in 1977, and which has become the largest non-profit organization promoting higher education for gifted Israelis from disadvantaged backgrounds.

Both personally and through the Foundation, she supports research into neurodegenerative diseases, particularly Alzheimer’s and Parkinson’s, and the care of patients with those diseases, at dozens of hospitals and universities worldwide. Her awareness of the distress experienced by the families of those battling illnesses led her to construct the Family Lodge for patients and their families at the National Institutes of Health near Washington, DC.  She and her husband built a cutting-edge children’s hospital in Tel Hashomer, outside of Tel Aviv, which annually treats thousands of children from across the region. 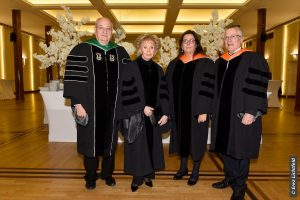 Recognizing the importance of world-class higher education, Mrs. Safra has supported faculty recruitment, research and scholarships at the Technion, in particular at its Faculty of Mechanical Engineering, which now hosts an annual Edmond J. Safra Distinguished Visiting Professor.