The Moon is Earth’s only natural satellite, and its creation still raises many questions for astrophysical research. Indeed, the Moon may not have been alone in the skies of primeval Earth. Recent studies have shown that there were once a number of smaller moons – known as moonlets – but where they came from is a mystery. 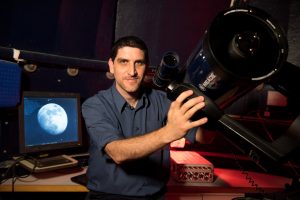 Working with Dr. Uri Malamud and Professor Hagai Perets of the Technion-Israel Institute of Technology in Haifa and Christoph Burger of the University of Vienna, University of Tübingen’s Dr. Christoph Schäfer has been investigating to find out what happened to Earth’s moonlets. The researchers’ complex simulations show that they could have fallen to Earth in collisions that changed the composition of Earth’s mantle. Their findings are published in the latest edition of Monthly Notices of the Royal Astronomical Society.

According to the currently accepted theory, the Moon was created some 4.5 billion years ago in a collision between the proto-Earth and another proto-planet the size of Mars. Astrophysicists call this proto-planet Theia. That led to the formation of a disc around the Earth, composed of material thrown out of both bodies by the collision. The material in the disc eventually conglomerated into the Moon we know today.

But the latest research shows that the Earth was subject to not one, but several such major collisions; and that smaller bodies hit the proto-Earth even more frequently. These processes led to the formation of several moonlets, which the researchers have assumed to have each been between one-sixth and half of the Moon’s mass. 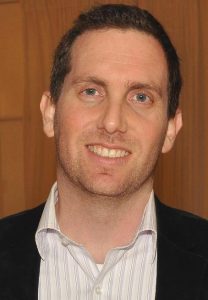 The Technion-Vienna-Tubingen team has been investigating the fate of those moonlets. “There are three possibilities: The moonlets may have joined up under the force of gravity to form larger objects (and eventually these mergers formed the moon), some of these moonlets interacted gravitationally and were ejected from the Earth’s gravitational pull, or – the third possibility – they may have been pulled back down to the Earth,” Dr. Christoph Schäfer explained. “Those are the three options we are looking at and in this paper we are investigating the third one.”

To simulate the collisions of the moonlets with the Earth, the researchers used a computer program developed under Dr. Schäfer’s direction at the Tübingen Institute of Astronomy and Astrophysics by Professor Wilhelm Kley’s working group. The calculations themselves were conducted in the Tübingen BinAC computer cluster and the TAMNUN cluster in Israel. The Tübingen physicists’ program used smooth particle hydrodynamics to model the processes, and graphics processing units to accelerate the highly complex computations. Christoph Burger of the Vienna University Institute for Astronomy and Astrophysics wrote the code for the complicated initial conditions for the simulations.

The astrophysicists assumed a simplified model of the proto-Earth and a falling moonlet, in which both had an iron core and a silicate mantle. Their fractions were assumed identical to the present day values. The group carried out more than 70 simulations of a moonlet colliding with the Earth, varying parameters such as the angle of impact, the size of the moonlet, and the rotational velocity of the Earth. “In total, the calculations took more than 100 weeks of computing time,” said Dr. Uri Malamud, of the Technion-Israel Institute of Technology Astrophysics Group.

In Haifa, Dr. Malamud analyzed the results of the simulations. He determined which fragments of the bodies would have been able to escape from the system, which would have entered a captured orbit around the Earth, and which would remain after hitting the Earth. He also calculated the change in the Earth’s rotation period caused by the collision.

“Our results show that when a moonlet strikes the Earth, the incoming material is not homogeneously distributed. This kind of collision can therefore lead to asymmetries and inhomogenities in the composition of the Earth’s mantle,” said Dr. Malamud. “This collaborative research gives us a more complete picture of how the Moon was created and places it into the broader context of planetary formation in the solar system.”