Seven out of twelve “Leaders of Industry” are Technion graduates, according to a list published by Israel’s Ministry of Economy and Industry in honor of the country’s 70th anniversary. The list recognizes people who made important contributions to Israel’s industrial sector. The awards will be presented at a festive celebration this spring, attended by the president.

These are the twelve winners: 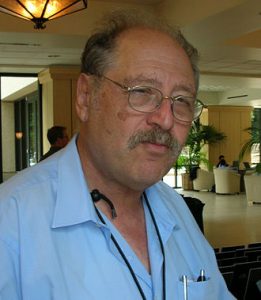 Yossi Vardi is  a serial entrepreneur who became well-known in the 1990s with the sale of Mirabilis – one of the first and most notable  “exits” of Israel’s technology sector. He is considered a pioneer of Israel’s startup industry.

The Zisapel brothers are both Technion graduates, who founded dozens of successful companies, including the RAD Group. The brothers maintain close connections with the Technion to this day – a relationship that has included the  establishment the Zisapel Center for Nanoelectronics.

Reem and Amiad have worked to promote Israel’s Arab communities in the industrial sector. The couple founded Alpha Omega, which develops and distributes medical equipment for brain surgery and the treatment of neurological diseases.

Technion graduate Shimon Eckhouse is a serial entrepreneur and a pioneer in the field of medical devices. Dr. Eckhouse is the founder of Lumenis, Syneron Medical, and a number of other companies. Today, he supports early-stage startups through the startup incubator Alon Medtech Ventures.

Osem managing director and board chairman Dan Propper is also a Technion graduate. Besides managing Osem, which currently employs approximately 5,000 people throughout Israel, Propper has made large contributions to Israel’s industrial sector in his role as the president of the Manufacturers’ Association of Israel.