On June 10, 2018, the Technion will award the 2017 Harvey Prize in Science and Technology to Professor Tobin Marks from Northwestern University (USA) and to Professor Carla Shatz from Stanford University (USA). The $75,000 prize, named after longtime Technion supporter Leo Harvey (1887-1973), was established in 1972 as a bridge of good-will between Israel and other nations, and is granted annually to individuals who have made significant contributions to humankind. The Harvey Prize is considered by many as a precursor to the Nobel Prize, with some 20% of the Harvey Prize laureates later becoming Nobel laureates. Shortly after winning last year’s Harvey Prize, Professor Emeritus Rainer Weiss and Professor Emeritus Kip Stephen Thorne, who led the discovery of gravitational waves in 2015 in the framework of the LIGO collaboration, were granted the 2017 Nobel Prize in Physics. 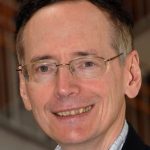 Professor Tobin J. Marks will receive the Harvey Prize for his ground-breaking research that has both fundamental and practical significance, in the areas of catalysis, organo-f-element chemistry, electronic and photonic materials, and coordination chemistry, all of which have strongly impacted contemporary chemical science.

Born in 1944, Professor Marks is a member of the Department of Chemistry at Northwestern University. He completed his BSc in Chemistry at the University of Maryland in 1966 and his PhD at MIT, in 1971. He has received many prizes throughout his academic career, including the Karl Ziegler Prize, granted by the German Chemical Society; the Priestley Medal of the American Chemical Society; and the National Medal of Science (USA). In 2011, he won the Schulich Excellence Award from the Technion.

Professor Marks is a world-renowned expert in many fields, including catalysis, printed electronics and solar energy conversion devices. He has developed a variety of recyclable plastics, screens, electronic components and cells for conversion of solar energy to electricity. His specialties include polymer and metal chemistry, photonic materials, super-conductors and organometallics.

Plasticity of the early development of vision 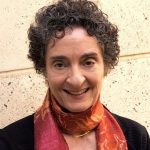 Professor Carla J. Shatz will receive the Harvey Prize for her discoveries about the emergence and function of brain circuits for vision. Her major contributions to science include fundamental discoveries about how brain circuits in the developing visual system are fine-tuned with experience and neural activity. These molecular and circuit level findings have therapeutic implications for treating memory loss in the aging and in neurodevelopmental diseases.

Professor Shatz, born in 1947, is a professor of biology and neurobiology at Stanford University. She completed her BSc in Chemistry in Radcliffe College, which operates today as a part of Harvard University. She completed her MPhil Physiology at the University College London and her PhD in neurobiology at the Harvard School of Medicine. As a doctoral candidate at Harvard, she was mentored by Professors David Hubel and Torsten Wiesel, the 1981 Nobel Prize laureates in Medicine. Prof. Shatz was the first woman to receive a doctorate in neurobiology at Harvard.

A member of many professional societies that include the American Academy of Arts and Sciences, she has been awarded numerous prizes in neuroscience, including the Gerard Prize, Gruber Prize and Kavli Prize.