Novel Amyloid Structure Could Lead to New Types of Antibiotics

HAIFA, ISRAEL (February 24, 2017) – The highly pathogenic Staphylococcus aureus bacteria is one of the five most common causes of hospital-acquired infections. In the US alone, approximately 500,000 patients at hospitals contract a staph infection. It is the bacteria responsible for MRSA, for which there is no vaccine.

But all that could change, thanks to groundbreaking findings to be published today in Science by a Technion-Israel Institute of Technology team led by Assistant Professor Meytal Landau of the Faculty of Biology. The researchers discovered, for the first time, unique amyloid fibrils through which the pathogenic and highly drug resistant Staphylococcus aureus bacterium attacks the human cells and immune system. The research could advance the discovery of antibiotics with a novel mechanism of action that will attack key bacterial toxins. 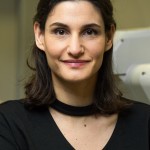 The researchers discovered ‘ammunition’ that assists the infectious bacterium: a novel form of an amyloid fibril whose three-dimensional structure was determined at atomic resolution, revealing the first-of-its-kind structure of this toxic fibril. Amyloids, which are proteins notoriously known for their association with neuro-degenerative diseases such as Alzheimer’s and Parkinson’s, form a network of protein fibrils – somewhat similar to a spider web – characterized by an orderly and extremely stable structure. This stability enables the proteins to withstand extreme conditions in which ordinary proteins do not survive.

One of the best-known examples of this is “Mad Cow” disease, which broke out in England in 1986. According to Prof. Landau, “This disease surprised the scientific community because its cause was not a virus, nor a bacterium, but a protein called Prion, possessing an amyloid-like structure. It then became clear that a protein can be transmissible, and due to its stability, it infected human beings who consumed the contaminated beef – meaning, the protein did not break down in the stages of meat processing, cooking and digestion.” 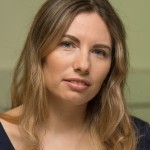 The “Mad Cow” prion, like all amyloids discovered so far, belongs to a group possessing what is called a cross-ß structure. In the present study, an amyloid of a completely new structure was discovered, which was named cross-α.

“At some point we knew that we had found something unique, but only after several trips to cyclic particle accelerators (Synchrotrons) in Grenoble and Chicago were we successful in verifying its being a new type of amyloid,” said Prof. Landau. “Much more work was required before we could publish our findings, but from the very first moment, it was clear to us that what we had was a paradigm shift.”

She estimates that the new discovery will lead to the development of antibiotics with a new action mechanism. Such drugs will inhibit the amyloid formation thereby neutralizing one of the important ‘weapons’ in the arsenal of this pathogenic bacterium. In her opinion, since this antibiotic is not aimed at killing the bacterium but only reducing its toxicity to humans, it will not lead to a rapid development of bacterial resistance towards it.

“Resistance to antibiotics develops in bacteria due to evolutionary pressure – natural selection leads to the growth of bacteria which antibiotics are unable to kill,” she said. “If we reduce the pressure on the bacterium and don’t kill it but rather prevent its pathogenic aspects, the resistance will probably not rush to develop.” 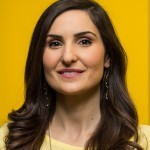 When looking towards the future, Prof. Landau clarifies that “in academia itself, it’s difficult to carry out a full process of drug development due to the prohibitive cost entailed. Nevertheless, we can provide drug developers with scientific knowledge that will accelerate and lower the costs of the process. The present discovery is a stepping-stone in that respect. Now our challenge is to find the substance that will impede the cross-α fibril, thereby ‘disarming’ the bacterium.”

“From the scientific standpoint, there is an important lesson here – thinking out of the box opens new doors,” she continued. “In this specific case, extending the repertoire of amyloids. Deciphering new structures of amyloids might lead to new insights regarding mechanisms of neurodegenerative diseases. It might also lead to the discovery of ‘good’ amyloids that take part in an organism’s natural protection against infections. Such research could lead to the development of novel means of protection against the toxins found in bacteria and fungi.” 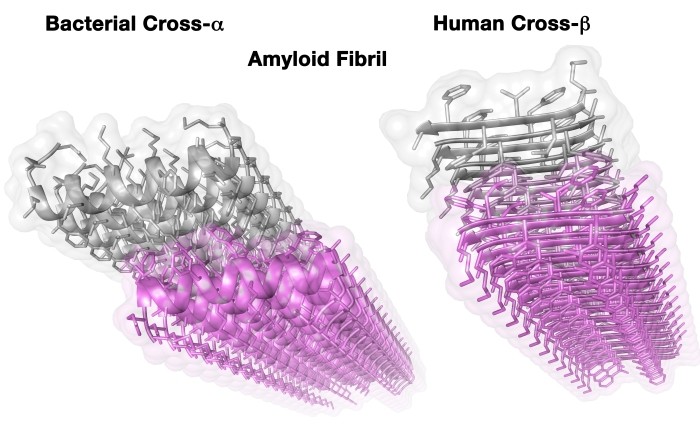 Crystal structures of disease-associated human amyloid fibril (right) and novel bacterial amyloid fibril (left). Three-dimensional structures of the fibrils were obtained using x-ray microcrystallography – a method that provides information at the single-atom level. The image depicts the long fibrils, which can theoretically be extended on both sides. The fibril is composed of two adjacent “surfaces” (purple and gray), called sheets, which mate via strong chemical interactions. Each sheet is built from self-association of peptides, horizontally running along the sheet. While the overall shape of mating sheets is similar among the human and bacterial fibrils, the basic units of the fibril (individual peptides) assume a completely different form. In the canonical amyloid structure observed in human diseases (right), the peptides form extended ribbons (called beta-strands). In the novel bacterial fibril (left), the peptides are spiral like telephone cords (called alpha-helices). Thus, if until today amyloids were defined as cross-beta structures (the beta-strands are perpendicular to the mating sheets, hence the crossing referral), the new structure shows that a cross-alpha fibrils can also exist (with alpha-helices stack perpendicular to the vertical axis of the fiber). This extends the repertoire of the amyloid phenomenon.

The research was conducted by members of the Landau lab, including Einav Tayeb-Fligelman, Orly Tabachnikov, Asher Moshe and Orit Goldshmidt-Tran, with the assistance of Michael Sawaya from the University of California Los Angeles (UCLA), and of Nicolas Coquelle and Jacques-Philippe Colletier from Université Grenoble, France.

After completing her B. Pharm degree at the Hebrew University in Jerusalem, Assist. Prof. Landau went on to pursue her two advanced degrees at Tel Aviv University – an MSc in Neurobiology and a PhD in Structural Bioinformatics. After attaining her PhD, she relocated for five years to do her post-doctorate with Prof. David Eisenberg at UCLA, where she specialized in x-ray microcrystallography and amyloids associate with Alzheimer’s disease.
After completion of her post-doctoral research, she said, “I chose the Technion thanks to, among other things, its superior research infrastructures. The Technion Center for Structural Biology (TCSB), founded at the initiative of Israeli Nobel Prize Laureate and Research Professor Aaron Ciechanover at an investment of $5 million, features state-of-the-art infrastructure which makes it possible to determine protein structures at atomic resolution.”

Through the years, Assist. Prof. Meytal Landau was awarded numerous scholarships and research grants, among them by the Israel Science Foundation, U.S.-Israel Binational Science Foundation, Alon Fellowship from the Israeli Council for Higher Education, I-CORE – Israeli Centers Of Research Excellence, the Marie Curie CIG by the European Commission, and the German-Israeli Project Cooperation (DIP).