The technology of desalination has created a revolution in water supply in Israel. Yet it comes at a price, both economically and to the environment. Today, Technion researchers are meeting the urgent need to find complementary ways to address water scarcity. 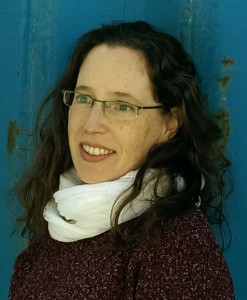 Despite the blessing of recent downpours of rain in Israel, and its impressive seawater desalination projects, the demand for drinking water and water for agriculture, gardening and industry is escalating.  In order to supply freshwater to Israel’s population, the quantity of water from desalination would need to increase from today’s 600 million cubic meters p/a to about 1,500 million cubic meters in 2050, according to the Water Sector Master Plan of Israel’s Water Authority.

Since desalinated water is expensive, research is underway to identify alternative sources to complement desalination. Two Technion studies offer two alternatives: expansion of water recycling through the use of greywater; and the collection of stormwater in urban areas. The two studies were presented at the Technion-hosted conference: Water Exploration in Israel – the Next Generation for Research and Industry.

Municipal wastewater is a significant potential water source. After appropriate treatment, it can be used for irrigation and industry. Indeed, Israel is leading the world with reuse of treated effluent for agricultural irrigation, with over 85% of the municipal effluent being reused for agricultural irrigation. In some countries, (not Israel), treated effluent is even piped into the water system for domestic consumption.

How does it work? The present method involves collecting wastewater from residents’ homes, public institutions and industrial areas, and conveying it to a central wastewater treatment plant. Such a system has many advantages when it comes to controlling treatment efficiency.

Despite the advantages of these systems, a proposal has been made for a decentralized treatment system where greywater collected from showers and sinks is separated from general wastewater. The greywater undergoes local treatment and is then used for flushing toilets and watering gardens. The rest of the wastewater is piped into the sewage treatment plant.

Local, decentralized greywater treatment has economic and environmental advantages, including reduction of energy consumption and operating costs, as well as a strengthening of community involvement. The principle resembles the installation of solar panels on roofs of private homes, or the growing of food on green roofs. 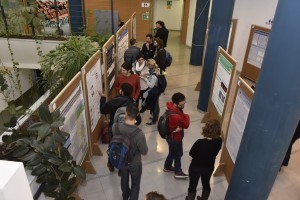 In her study, Tamar Ofer compared today’s centralized approach to three alternatives that include urban reuse. The study, conducted under the supervision of Associate Professor Eran Friedler and Professor Aviad Shapira from the Technion Faculty of Civil and Environmental Engineering, examined the following alternatives: separating greywater from sewage, and recycling it at the level of  individual buildings; or separating and recycling water at the building complex level (a complex of eight buildings), and conveying part of the treated wastewater from the wastewater treatment plant back to the city. A complete life-cycle sustainability analysis was performed on each of the alternatives, which addressed cost, environmental impact and social benefits.

The greywater recycling alternative at the building complex level received the highest score of the three. This alternative is characterized by energy savings, due mainly to the reduced quantities of desalinated water to be produced (the desalination process is relatively expensive in terms of energy) and the reduction in the quantity of drinking water piped into the city, as well as the wastewater piped into the wastewater treatment plant. According to the study, the decentralized use of greywater saves resources; reduces greenhouse gas emissions; the pollution of natural water resources; and the emission of many pollutants associated with the life cycle of municipal sewage.

Decentralized treatment systems already exist and there is no technological impediment preventing their inclusion in Israel’s water sector. The treatment units tested in this study are of the RBC (Rotating Biological Contactor) type, based on biological treatment using microorganisms fixed onto a rotating medium submerged in the treated water. At the end of the treatment, the water is disinfected. The domestic treatment unit can be placed in the yard or on the roof, but in any case, a separate pipeline is needed for piping the water to and from the unit.

It should be noted that the biggest challenge for recycling greywater is not technical but legal and bureaucratic, since this area is not legally regulated.

Another way to increase the quantity of available water in Israel is collecting urban stormwater: water originating from roofs of buildings, sidewalks, roads and other places in built-up areas.

Today, most stormwater flows into municipal drainage systems. Researchers from Technion and Hebrew University, funded by the Jewish National Fund, decided to see how the situation could be changed. To this end, they examined the quantity and quality of runoff in a typical Israeli city: Kfar Saba. The researchers examined three drainage areas in the eastern part of the city: a residential area; an area of light industry; and a highway section next to the Teva plant.

Adi Haft, a graduate student at the Technion, presented a summary of the results: relative to its size, the industrial area generates twice the water as the residential areas. The reason: the high percentage of building / paved area to space. However, when the researchers examined the quality of the water, they discovered it contains high concentrations of phosphorus, aluminum and titanium. Relatively high levels of pollutants such as heavy metals and phosphorus were also measured in the water originating from homes.

The researchers found that runoff in eastern Kfar Saba contains twice the concentration of pollutants generally found in cities around the world. Haft explains that this could be due to the long dry intervals between rainfalls. “In Israel,” says Haft, “every rainfall becomes a first rainfall, while in other countries rain is routine.” How does this happen? “After a long dry period, pollutants accumulate on the roads and built-up surfaces. These pollutants flow into the drainage system with the first significant rainfall.”

Haft’s study found that Kfar Saba’s stormwater does not meet the prescribed regulations and therefore cannot be used without first being treated. Treating this water will enable its use for non-potable purposes such as irrigation. Such a challenge is not particularly difficult for Israel’s scientific community which, as stated, already knows how to turn seawater into drinking water.

Israel’s water research has gained worldwide recognition and acclaim over the years. For example, Netafim Ltd received the Stockholm Industry Water Award a few years ago. Water Exploration in Israel – the Next Generation for Research and Industry Conference at the Technion presented dozens of studies in the areas of desalination; wastewater treatment; soil and groundwater rehabilitation; agriculture and the environment; including innovative methods for the treatment of emerging micro-pollutants; and the development of advanced membranes with a long life expectancy and innovative models that will help decision makers choose between water recycling, desalination and water collection from roofs. At the conference, awards were presented to students who delivered lectures of exceptional quality

Held for the third time, the conference was born on the initiative of the Technion Grand Water Research Institute, and is devoted entirely to graduate research from all over Israel. A committee of graduate students took charge of the scientific management of the conference. The committee was headed by Noga Friedman-Bishop, a doctoral student in Chemical Engineering at the Technion; and Yuval Alafia, a doctoral student in Civil and Environmental Engineering at the Technion. The conference affirmed that not only does Israeli water research have a successful past, it also has a promising future.