In a process similar to allergy testing, tiny quantities of different “barcoded” drugs are tested inside a tumor to determine effectiveness 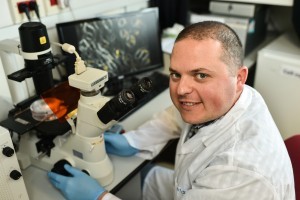 HAIFA, ISRAEL (November 10, 2016) – Using synthetic DNA sequences as the tiniest of barcodes, Technion researchers have developed a new diagnostic technology for determining the suitability of specific anticancer drugs to a specific patient – before treatment even begins. The study, published today in Nature Communications, was led by Assistant Professor Avi Schroeder of the Technion Faculty of Chemical Engineering and the Technion Integrated Cancer Center.

“The medical world is now moving towards personalized medicine, but treatments tailored only according to the patient’s genetic characteristics don’t always grant an accurate prediction of which medicine will be best for each patient,” explains Professor Schroeder. “We, however, have developed a technology that complements this field.”

Together with doctoral student Zvi Yaari and other researchers, Prof. Schroeder created what amounts to a safe, miniature lab in each patient’s body, which examines the effectiveness of a specific drug in that individual patient. 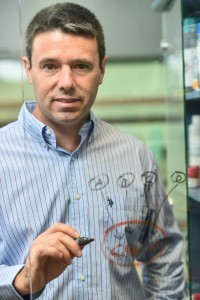 After 48 hours, a biopsy is taken from the tumor, and the barcode analysis provides accurate information about the cells that were (or were not) destroyed by each drug. In essence, the system monitors the effect of each drug on the patient’s tumor cells. The researchers are currently working with drugs registered as anticancer drugs, but in principle, they can test a battery of drugs for each patient and find out which is the most effective drug to treat his or her disease.

“It’s a bit like testing for allergies, where simple tests provide us with a specific person’s allergy profile. Here we developed a simple test that provides us with a profile of the patient’s response to the designated drug. This method makes it possible to test the effectiveness of several drugs concurrently in the patient’s tumor, in minute doses not felt by the patient, and which do not pose any danger to him or her. Based on the test results, the most effective drug for the specific patient is selected.”

The study, based on experiments in mice, focused on the effect of various drugs on Triple Negative type breast cancer – a particularly challenging cancer that does not respond well to standard treatment and which presents difficulties for doctors to match the drug to the patient. To make sure the experiment does indeed examine the effect of the drug itself, and not the possible effect of the nanoscale package, “placebo packages” that did not contain drugs were also inserted into tumors. The result: the anticancer drugs were found at the end of the process mainly in dead cancer cells – i.e. they had killed them – while the placebo packages were found mainly in live tumor cells, i.e. they had not killed the cells. A comparison between the various anticancer drugs also found differences in the effectiveness of the various drugs.

“This technology provides a new window into fundamental insights about the mechanisms of cancer and resistance to various drugs,” says Prof. Schroeder, “but my thoughts are also practical: how our research could help people. Therefore, I am thrilled by the current success. It’s true that it’ll take a lot more work to turn our development into a product that’s available to the public, but I believe that we’ll see it at the clinic within a few years.”

The study is being funded by a prestigious H2020-ERC grant from the European Union and by the Israel Science Foundation and the Israel Cancer Association. The new technology was patented and now there are discussions regarding its commercialization.

Miri Ziv, Director General of the Israel Cancer Association, said: “We are proud to have supported such an important and promising research that could provide a customized solution for patients and lead to more efficient, precise and accurate treatment. We have an excellent and longstanding relationship with Technion in this regard. Even Distinguished Professor Aaron Ciechanover, 2004 Nobel Prize Laureate in Chemistry, was supported by the Associations’ research grants when he started out as a young researcher. Professor Ciechanover served as a volunteer member of the Association’s research committee for a decade, and currently serves as our Honorary President.”