“Research in this field is facing significant challenges, and we need to initiate new ways to deal with it and develop other areas such as early intervention and new treatments.

The goal: improved quality of life and enhancing the capabilities of the mentally ill”; “Sleep disorders can impair the functioning of stem cells in the immune system”

Scientists, doctors and patients will come together at a unique meeting in Australia this week, aimed at developing new treatments for psychiatric illness and brain diseases that affect the mind and cognition. Two Technion researchers will participate at this special forum ‘Meeting for Minds,’ Assistant Professors Asya Rolls and Itamar Kahn. The conference was organized in collaboration with the Technion Society of Australia (TSA). 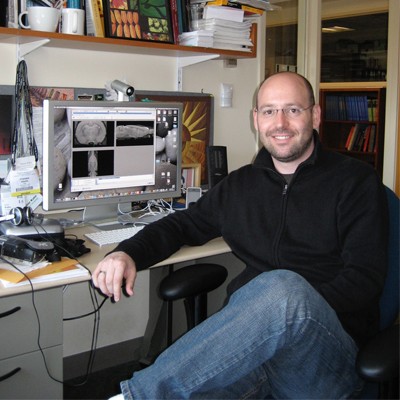 In recent years, more and more studies on brain imaging are being conducted on people with mental illnesses who suffer from emotional (such as depression and anxiety), cognitive (such as autism and attention deficit disorders) and perceptual (schizophrenia) disorders. The goal is to amass significant data on brain structure and function of thousands of healthy and non-healthy individuals in the hope to gain new insights into these disorders (its occurrence, severity and development). Imaging data is collected from fetuses, infants, teenagers, adults and the elderly. In the context of psychiatric and mental disorders, the challenge is to collect information in the early stages of the disorder appearing in at-risk groups or right at the onset in patient groups, and to consider environmental factors known to have critical importance in mental illnesses.

“Mental and psychiatric disorders present significant challenges, since the source of the disturbance may be connected to biological processes and environmental factors taking effect already at the embryonic stage, in childhood or adolescence, many years before the disorder is manifested. Hence there is a need for imaging over many years and across diverse populations,” said Assistant Professor Itamar Kahn from the Rappaport Faculty of Medicine at the Technion. “The adoption of long term brain imaging over a wide population, along with the attempt to identify risk factors over many years before the onset of the syndrome, gives us a broader understanding of psychiatric disorders and mental health so that we may be able to lessen or prevent the disorder or possibly predict a reaction to a specific treatment.”

“At the conference I would like to promote discussions on the effects of mental health on one’s physical immunity and particularly on the functioning of our immune system,” said Assistant Professor Asya Rolls. “Our laboratory focuses on how the mind influences our immune functions. For example, we can see that sleeping disorders can impair the functioning of stem cells in the immune system. Emotions can also affect the immune system; for example, negative emotions such as stress and mental strain can affect our ability to cope with an illness. On the other hand, positive emotions such as an expectation that a new drug will provide a cure are known to have positive effects on one’s physical condition, recognized as the placebo effect. I will try to promote the importance and need for research that combines the two disciplines, the brain and the immune system, in order to better understand the neurological mechanisms that link the brain and the immune system.”

To achieve significant progress in the medical aspects of this issue requires collaboration between basic scientists as physician-scientists from different disciplines. The ‘Meeting for Minds’ forum is taking it one step further – by involving patients and their families in discussions on research directions. “From my point of view this is a significant step, because in order to advance we need active participation in studies lasting over many years,” added Assistant Professor Kahn.