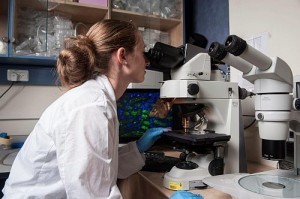 The Bloomberg financial news network has released a new university ranking: “Top 10 Colleges for Tech CEOs” of companies worth $1 billion or more. The Technion is tied for 7th place with three other American universities; Technion is the only university outside the United States placed in the top 10.

If you’re a Technion graduate, you have a good chance of becoming the CEO of a top technology company, according to a new university ranking released by Bloomberg Financial News network last weekend. The ranking was based on the academic backgrounds of 250 CEOs of leading U.S. technology companies with a net worth of over one billon dollars each.

Topping the list is Princeton, Harvard and Stanford. Technion shares seventh place, with MIT, Rice University and the University of Texas (Austin); it is the only university outside of the United States to place in the top ten.

Bloomberg: “Israel is now home to one of the world’s top tech hubs, and Technion is where many of the country’s brightest go to train. To prove its commitment to technology, the school is collaborating with Cornell on a plan to build a $2 billion tech campus and startup incubator on New York City’s Roosevelt Island.”

As an example of a tech CEO who is a Technion alumnus, Bloomberg  mentions David Reis, the CEO of Stratasys, which manufactures 3D printers. Mr. Reis previously headed Objet, a 3D print technology company based in Rehovot, Israel, and when Stratasys and Objet merged in 2012, he was appointed CEO of the merged company, which maintains its operation in Israel, with nearly 300 employees. Overall, Stratasys employs over 1,500 people worldwide, with a market value of $1.4 billion.

In response to the Bloomberg ranking, Technion President, Professor Peretz Lavie, said: “The high ranking given to Technion by the Bloomberg network and the complimentary ranking of Technion by the University of Shanghai are further indications of our university’s high academic level and its prominent status in the world. About a quarter of Technion graduates hold senior management positions. Technion has played a pivotal role in transforming Israel to a start-up powerhouse.”