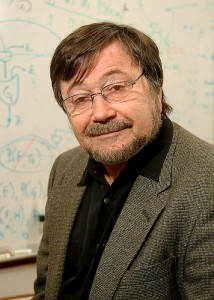 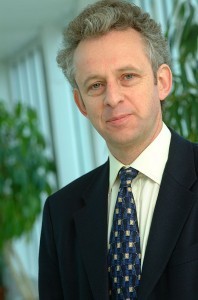 Prof. Sir Richard Friend, Cavendish Professor of Physics at the University of Cambridge, and Prof. Judea Pearl, Professor of Computer Science at the University of California, Los Angeles, are the winners of the prestigious Harvey Prize for 2011. They will receive their prizes at the festive awards ceremony to be held at the Technion in spring 2012.

The Technion’s decision to award Prof. Sir Richard Friend the prize states that he “pioneered the physics, materials science and engineering of semiconductor devices made with carbon-based polymers. His breakthrough research made possible deep understanding of electronic and optical processes in polymer conductors for realizing a range of devices including field-effect transistors, photovoltaic diodes and cells as well as lasers. Demonstrating scientific and technological leadership, Prof. Friend made a decisive contribution to the harnessing of this exciting technology, as evidenced by, among others, the two successful spin-off companies – Cambridge Display Technology Ltd. and Plastic Logic Ltd. – he founded. The Harvey Prize is awarded to Prof. Sir Richard Friend in recognition of his outstanding contributions to science and technology, which are already making an impact on the semi-conductor industry and our lives.”

Regarding Prof. Pearl, the Technion decision states that he “through his wide-ranging and keen research, laid the theoretical foundations for knowledge representation and reasoning in computer science. His theories for inference under uncertainty, and most notably the Bayesian network approach, have profoundly influenced diverse fields such as artificial intelligence, statistics, philosophy, health, economics, social sciences, and cognitive sciences. The Harvey Prize is awarded to Prof. Pearl in recognition of his foundational work that has touched a multitude of spheres of modern life.”

The Harvey Prize, first presented in 1972, is the fruit of the foundation set up by the late Leo M. Harvey of Los Angeles, to recognize great contributions to human advancement in the fields of science and technology, human health and peace efforts in the Middle East. Each year prizes totaling $75,000 are awarded to each recipient.

Among the winners of this prestigious prize have been scientists from the U.S.A., Britain, Russia, Sweden, France, and Israel. To name a few, Nobel laureate Mikhail Gorbachev, former head of state of the U.S.S.R., received the prize for his activities to decrease regional tensions; Prof. Bert Sakman, Nobel laureate in medicine, Prof. Pierre-Giles de Gennes, Nobel laureate in physics, Prof. Edward Teller for his discoveries in solid state, atomic and nuclear physics and Prof. William G. Kolff for his developing of the artificial kidney.

Recommendations for candidates for the Harvey Prize are accepted from leading scientists and personalities in Israel and abroad. Prize winners are selected by the Harvey Prize Committee through a meticulous process in the Technion.