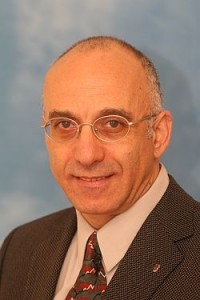 Last week, the Technion Senate approved with an overwhelming majority the establishment of a cooperatively run institute of technology with the University of Shantou in the Guangdong Province. The decision stated that, “The Memorandum of Understanding signed between the Technion and Shantou University on September 29, 2013 will be the basis for the comprehensive agreement between the two institutes to establish the Technion-Guangdong Institute of Technology (TGIT), and that the members of the Senate congratulate the President and Senior Administration for their initiative and ingenuity in developing strategic ties with the University of Shantou and the Li Ka-shing foundation.”

Following the decision of the Senate to approve the Memorandum of Understanding with China, the Executive Committee approved the appointment of Professor Paul Feigin to a new administrative role at Technion: Vice President for Strategic Projects.

Over the past six years, Professor Feigin has served as the Senior Executive Vice President of the Technion and headed the international agreements for the establishment of the Joan and Irwin Jacobs Technion-Cornell Innovation Institute in New York, as well as the Technion-Guangdong Institute of Technology in China.

Professor Feigin, a statistician by training, has held various administrative positions at the Technion, including: the Dean of the Faculty of Industrial Engineering and Management, a member of the Technion Research and Development Foundation Board of Directors, and as a member of the university’s Executive Council.

“International partnerships with universities worldwide contribute to the realization of Technion’s vision: to be counted among the elite group of the world’s leading science and technology universities,” said Technion President Professor Peretz Lavie. “Professor Feigin, who has greatly contributed to creating international partnerships including the establishment of the Technology Institute in China and the Technion-Cornell Innovation Center in New York, will continue to promote these agreements and bring them to fruition. I thank him for his many contributions to the Technion as Senior Vice President over the last six years and wish him continued success in his new role.”